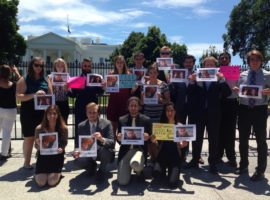 Americans for Democracy & Human Rights in Bahrain (ADHRB), along with the Bahrain Institute for Rights & Democracy (BIRD) invite individuals and organizations around the world to show their support for Bahraini human rights defender Nabeel Rajab and his family by sharing a photo of themselves holding a poster of […] 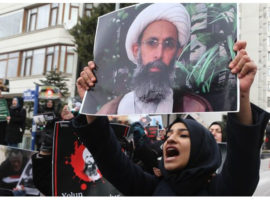 Sheikh Nimr al-Nimr was a prominent voice in the struggle against Shia discrimination in Saudi Arabia. He played a large and symbolic role in the 2011-2012 demonstrations in the Eastern Province. As a result of his support for the peaceful protests, Saudi security forces arrested him in 2012 and sentenced […] 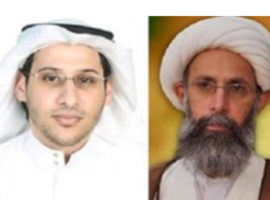 On 12 June, Waleed Abu al-Khair ended his five-day hunger strike. He initiated his hunger strike to protest ill-treatment by the administration of the Thahban prison in Jeddah. Prison officials refused to provide him with the medical care he needs for diabetes and intestinal complications, and prevented him from accessing […] 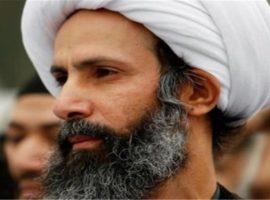 The Government of Saudi Arabia has largely excluded the Eastern Province from the high economic development of other areas in the kingdom, despite the area holding the majority of the country’s oil wealth. The Eastern Province is also primarily home to the kingdom’s minority Shia population who continue to face […] 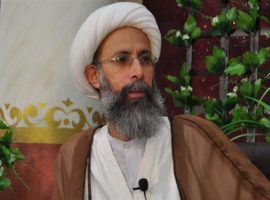 “From the day I was born and to this day, I’ve never felt safe or secure in this country,” declared Sheikh Nimr al-Nimr in a 2011 speech. A prominent political activist from the Eastern Province, Sheikh Nimr spoke on behalf of Saudi Arabia’s disenfranchised population. The Eastern Province is primarily […]