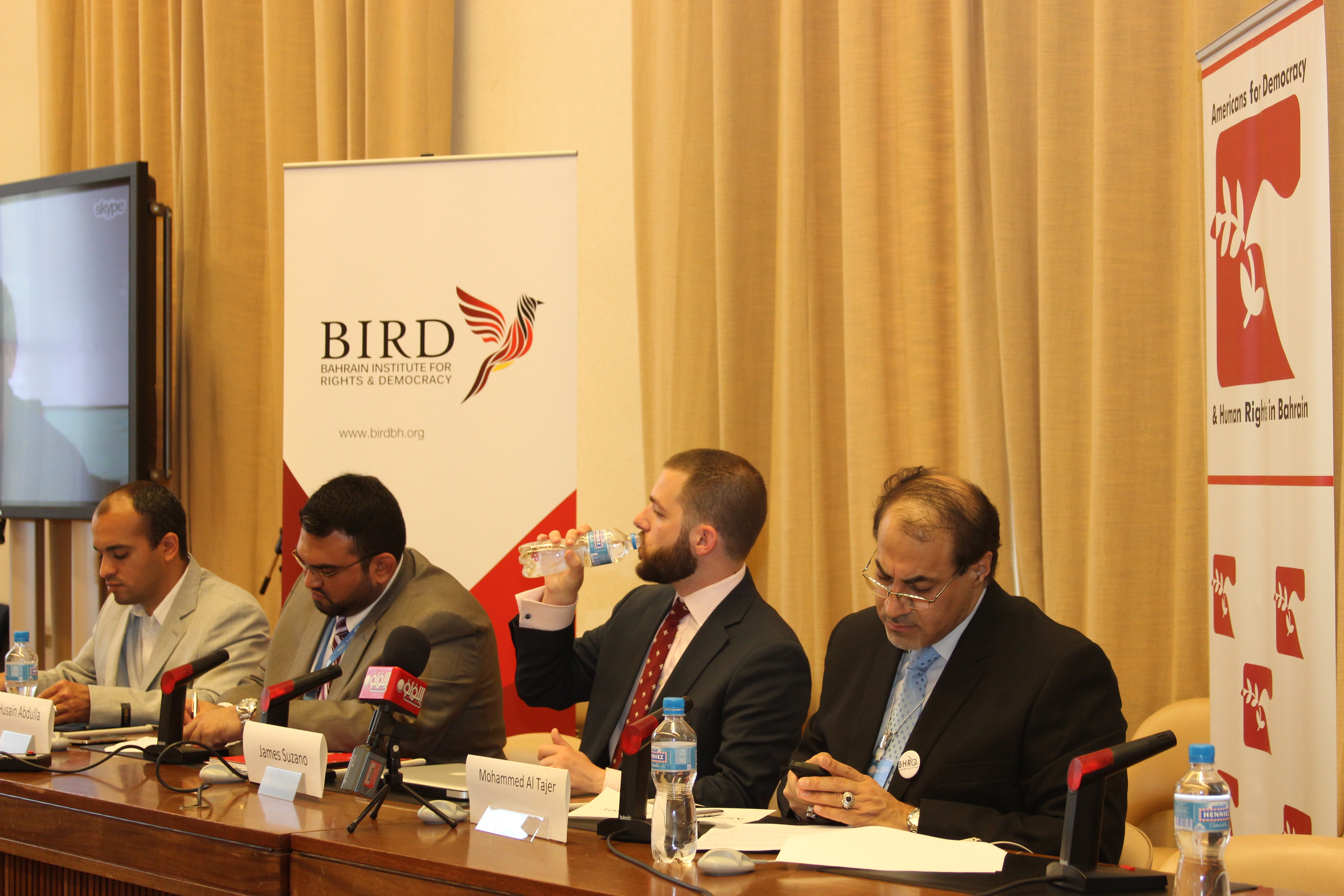 On 17 June 2014, Americans for Democracy and Human Rights in Bahrain (ADHRB) hosted an event alongside the 26th Session of the United Nations Human Rights Council titled, “Slaving Away: Migrant Labor Exploitation and Human Trafficking in the Gulf.” The event, which focused on migrant labor rights and human trafficking in the Gulf Cooperation Council (GCC) states of Bahrain, Qatar and Saudi Arabia, coincided with the launch of a new ADHRBreport of the same name.Read more here.
###
From ADHRB
Press Freedom: The Struggle to Capture Reality
Concrete Steps: The Need for HRC Action in Bahrain
Slaving Away: Migrant Exploitation & Human Trafficking
ADHRB Delivers Oral Intervention under Item 2 at HRC26
Bahrain News
Bahrain in the News

Bahrain Report: The State of The Prisons

A message of thanks from Nabeel Rajab