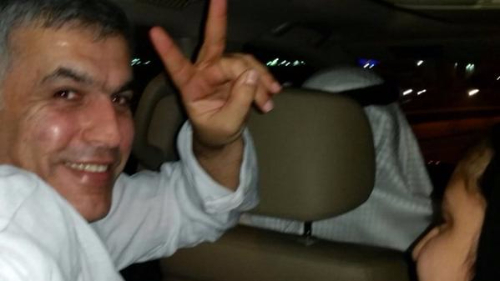 Coming on the heels of Ebrahim Sharif’s re-arrest this Sunday, prominent human rights defender Nabeel Rajab was pardoned yesterday and released from prison due to “health reasons,” after serving four months of his six month sentence. While Americans for Democracy & Human Rights in Bahrain (ADHRB) and the Bahrain Institute for Rights and Democracy (BIRD) cautiously welcome the decision to pardon Nabeel Rajab, we reiterate our concern that his conviction stood in relation to acts of free expression. We are additionally concerned that the Bahraini government maintains further charges against him relating to his peaceful activism that may result in up to fifteen years in prison. 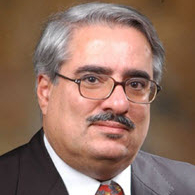 Bahrain’s In Out In Out Hokey Pokey Dance

Brian Dooley discusses Bahrain’s new “game” of releasing one political prisoner, only to arrest another. 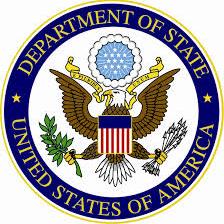 Arrests and prosecution of opposition leaders raises concern about restrictions on freedom of expression. 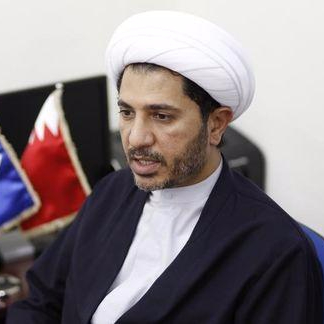 My Husband, Prisoner of Conscience in Bahrain

29 Arrests Including One Woman in the First Week of July 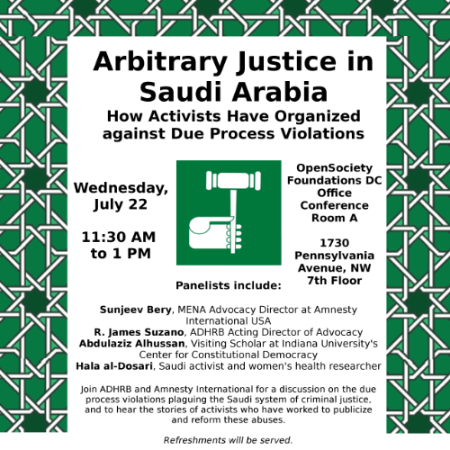 Americans for Democracy & Human Rights in Bahrain (ADHRB) and Amnesty International are cosponsoring an event to shed light on the absence of Rule of Law in Saudi Arabia. The discussion will outline the specific deficiencies within the Saudi criminal justice system that lead to the commission of human rights violations, including judges’ lack of independence, practices of arbitrary and incommunicado detention, and a catch-all anti-terrorism law.