Americans for Democracy & Human Rights in Bahrain (ADHRB), the Bahrain Institute for Rights and Democracy (BIRD), and the Bahrain Center for Human Rights (BCHR) are pleased to announce the publishing of a new report entitled “Apart in Their Own Land, Vol. II”—a report on official and unofficial forms of discrimination against Bahrain’s disempowered Shia population. This report arrives seven months after the publication of Volume I of “Apart in Their Own Land,” which covered violent reprisals against the majority-Shia protest movement in 2011, electoral redistricting that tilted the country’s parliamentary elections toward the nation’s Sunni elite, and the destruction of Shia mosques by government authorities. Vol. II arrives during a period in which discrimination against the Shia majority and its allies within the Sunni community has only worsened. In the last year, the government has further committed itself to dismantling the political opposition, sentencing al-Wefaq Secretary-General Ali Salman to four years in prison, al-Wahdawi leader Fadhel Abbas to five years in prison, and re-arresting Wa’ad Secretary-General Ebrahim Sharif mere weeks after an early release from a lengthier prison term. 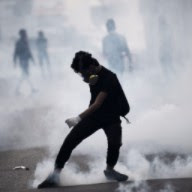 Momentum is building against Bahrain’s rulers as 33 states ‘express concern’ over human rights
ADHRB’s Michael Payne and BIRD’s Sayed Ahmed Alwadaei discuss the fifth Joint Statement expressing concern over the human rights situation in Bahrain. 33 countries signed onto this most recent statement, led by the Swiss government, in order to voice their concern over ongoing human rights violations in Bahrain.
Read More 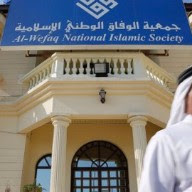 Bahrain Court Upholds Decision to Suspend Opposition Group al-Wefaq
A court of appeals in Bahrain upheld the suspension of al-Wefaq from all activities. Al-Wefaq is the main opposition party in the country, and the ruling would suspend the society for three months. However, the Ministry of Justice will not implement the decision since al-Wefaq has already remedied the “violations” for which it was charged.
Read More 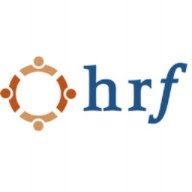 Bahrain’s Proposed Blasphemy Law: Another Tool to Silence Regime’s Critics
Rebecca Sheff of Human Rights First argues that rather than protect religious freedoms, the proposed blasphemy law being considered by Bahrain’s cabinet would “open the door to abuses. Rather than safeguarding public order, [blasphemy laws] can restrict public discourse. They have a chilling effect on the peaceful expression of political or religious views, by creating an ever-present threat of prosecution.”
Read More 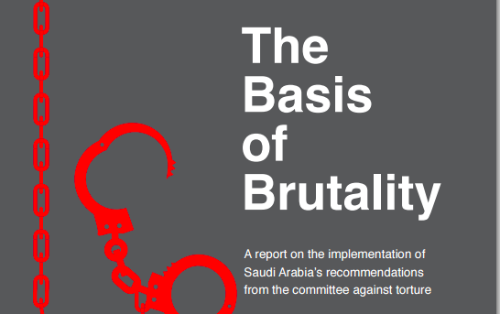 Americans for Democracy & Human Rights in Bahrain (ADHRB) and the Bahrain Institute for Rights and Democracy (BIRD) are pleased to announce the publishing of a new report entitled “The Basis of Brutality,” which examines the Saudi government’s adherence to the UN Convention against Torture and Other Cruel, Inhuman or Degrading Treatment or Punishment (UN-CAT). 18 years have passed since the Saudi government acceded to the UN-CAT. Despite binding itself to international statutes that mandate that Convention parties “take effective legislative, administrative, judicial or other measures to prevent acts of torture in any territory under its jurisdiction,” Saudi officials have vacillated between ignoring and abetting acts of torture and otherwise degrading punishment.

From the 30th Session of the UN Human Rights Council

Are you a victim of a human rights abuse in Bahrain, Saudi Arabia or other GCC states?Document your case with the Special Procedures of the United Nations through ADHRB’s UN Complaint Program.