25 September 2015 – Following the publishing of a joint statement on the human rights situation in Bahrain by 33 States at the 30th Session of the Human Rights Council, 17 international NGOs sent a letter to the foreign ministries of Albania, Argentina, Bosnia and Herzegovina, Brazil, Canada, Croatia, Cyprus, Finland, Greece, Hungary, Italy, Malta, Mexico, Republic of Korea, Serbia, Slovak Republic, and Spain, urging them to sign on to the joint statement. The letter emphasized the importance of international pressure in addressing human rights violations in Bahrain, as reflected by the decision of the King of Bahrain to release prominent human rights defender Nabeel Rajab under a royal pardon after he spent over four months in prison for a tweet criticizing the government. 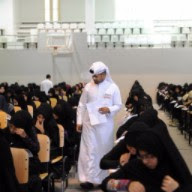 Students at the University of Bahrain Say Faculty Quality is Going Down
To save money, the University of Bahrain has dismissed local professors and replaced them with foreign professors who often earn lower salaries, according to an administration source. This has resulted in a backlash from students, who complain about the difficulty of communicating with the new, less experienced professors and have seen the quality of classes diminish as a result.
Read More 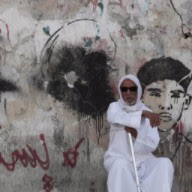 Rather Than Reform, Bahrain Launched ‘Program of Mass Incarceration’
While the government in Manama says there have been “meaningful progress” on reforms in Bahrain, the fifth joint statement at the UN Human Rights Council reflects the reality of the ongoing human rights crisis in the country.  Rather than follow the roadmap to reform provided by the Bahrain Independent Commission of Inquiry (BICI), the Bahraini government “pretty much embarked on a program of mass incarceration,” says Nicholas McGeehan of Human Rights Watch.
Read More 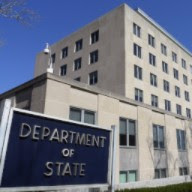 Right Moves on Bahrain
When it comes to Bahrain, the State Department can’t seem to accept what’s plain for everyone else to see — that the ruling family isn’t introducing real reforms, shouldn’t be rewarded for continuing attacks on human rights, and is driving the country deeper into crisis. As in 2011, Congress has now acted to correct the State Department’s misstep by introducing legislation that would reinstate the arms ban until the Government of Bahrain upholds its reform promises.
Read More 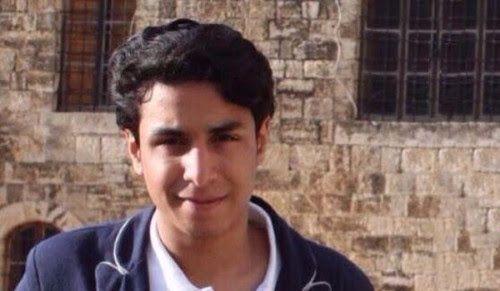 On 22 September 2015, United Nations human rights experts urged the Government of Saudi Arabia to halt the execution of Ali Mohammed al-Nimr, a Saudi citizen sentenced to death by beheading and crucifixion. Mr. al-Nimr’s final appeal was recently rejected by the Saudi Supreme Court, and officials may carry out his execution at any time. Americans for Democracy & Human Rights in Bahrain (ADHRB) condemns the decision by the Saudi courts and joins the experts in calling for the stay of his execution and an immediate, fair, and impartial retrial of his case. On 22 September, UN Special Rapporteur on Extrajudicial, Summary or Arbitrary Executions Christof Heyns, UN Special Rapporteur on Torture and Other Cruel, Inhuman or Degrading Treatment or Punishment Juan E. Méndez, and Chairperson of the UN Committee on the Rights of the Child Benyam Mezmur issued a joint statement calling on Saudi authorities to halt the execution of Mr. al-Nimr, and to “establish a moratorium” on the use of the death penalty. The independent human rights experts noted that Saudi officials arrested al-Nimr when he was 17 years old and prosecuted him for crimes supposedly committed as a minor. They determined that his trial, conducted by a national security tribunal, violated international fair trial standards, and expressed concern over reports that authorities tortured him into confessing.
Click here to view a PDF of this statement.
Read more…