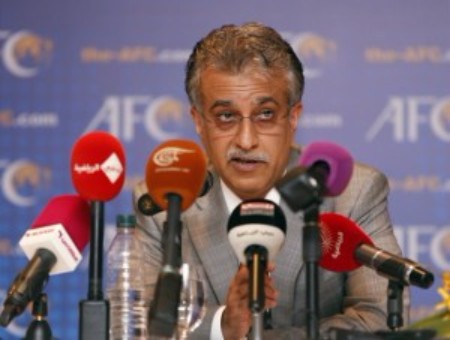 ADHRB’s Executive Director Husain Abdulla sent a letter to Issa Hayatou, the Acting President of the International Federation of Football Associations (FIFA), and FIFA’s Executive Committee members yesterday to express concern over Sheikh Salman bin Ibrahim Al Khalifa’s bid for the FIFA presidency. The letter asks for the termination of Sheikh Al Khalifa’s candidacy in light of allegations of his complicity in the detention and abuse of Bahraini football players in 2011. In his role as president of the Bahrain Football Association (BFA) during the uprising Sheikh Salman used photographs to identify Bahraini football players who participated in the protests, leading to their arrest, detention, abuse, torture, and public humiliation; some remain imprisoned to this day, while other continue to face harassment and discrimination.

REEMA SHALLAN: The Prisons are for the Reformers
An Overview of ADHRB Engagement at the 30th Session of the UN Human Rights Council
Proven Human Rights Abusers Don’t Get to Set the Record Straight

Tomorrow, 21 October 2015 is Bahraini human rights defender Zainab al-Khawaja’s 32nd birthday and when an appeals court could uphold the charges against her in the first of two appeals hearings over the next month. Al-Khawaja is facing more than five years for free speech charges, that include tearing up a picture of the King. Join the Thunderclap campaign, led by the Gulf Center for Human Rights, to wish her a happy birthday and call for her release. Read More

Conditions Deteriorating at Jau Prison; Prison on Precipice of Revolt

An investigative report by Bahrain al-Youm finds that conditions at Jau Prison are deteriorating further. The newspaper predicts that conditions are ripe for another prison revolt as torture and other human rights violations are reportedly increasing. Numerous prisoners continue to hunger strike in protest of the severe torture and ill treatment of prisoners.  Read More

Bahrain’s General Director of Anti-Corruption and Economic & Electronic Security, Bassam al-Miraj said in an interview [Ar] with al-Bilad newspaper that the cybercrime department now has an experienced technical team assigned to accurately identify social media user by using specialized technology. He added, “…the department can arrest the suspect accused of publishing insults or voice messages through social media applications on smartphones.”  Read More 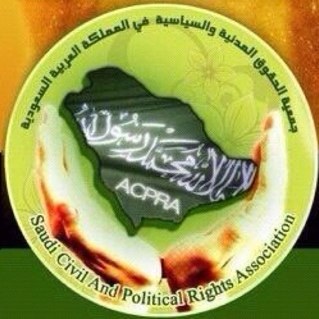 Two Saudi activists have been sentenced to prison on charges related to their human rights work and calls for political reform.  One activist, Abdelrahman al-Hamid, a founding member of the Saudi Association for Civil and Political Rights, was sentenced to nine years in jail, barred from traveling abroad for nine years after his release, and fined $13,300. He was accused of illegally establishing a human rights organization, questioning the credibility and independence of the judiciary, disobeying the king, and interfering with the national Saudi Human Rights Commission.  The second activist, Abdelaziz al-Sinedi, was sentenced to eight years in prison, barred from traveling for another eight years, and fined. He was charged with inciting public opinion against the Saudi rulers, questioning the independence of the judiciary, and describing Saudi Arabia as a police state. 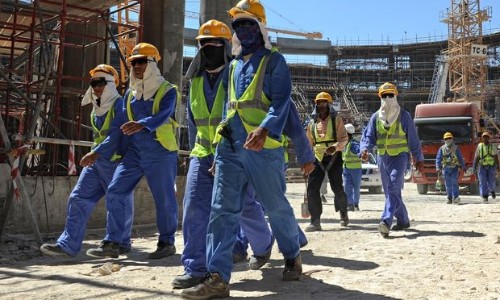 The international community has devoted an unprecedented level of attention to migrant labor abuses in Qatar since its successful bid to host the 2022 World Cup. NGOs and governments alike have called on the Qatari government to increase protections for migrant workers amidst a slew of abuses. Qatar has not been alone in facing international scrutiny: the increased attention has put pressure on other Gulf States to introduce reforms, and some have begun to act. As more states begin to toy with labor reforms, Qatar’s slow progress and lack of tangible results stands to draw additional criticism. Read more…

News from Other GCC States