On 23 November 2015, the Bahraini government sentenced award-winning photographer Sayed Ahmed al-Mousawi to ten years in prison and revoked his nationality, along with 12 others. After al-Mousawi covered a series of demonstrations in early 2014, security forces detained him for over a year without trial or official charges, accusing him of being a part of a terrorist cell, and subjected him to torture. Five NGOs signed a joint statement condemning the government’s continued attacks on independent journalism, censorship of the media, and severe restrictions on freedom of expression, and called for the immediate release of al-Mousawi and an end to the criminalization of free speech and press in Bahrain.

On 5 November Ali Isa Al-Tajer, brother of prominent human rights lawyer Mohammed Al-Tajer was arrested in Al-Dair and his whereabouts remain unknown. At approximately 5pm on 5 November 2015, members of the security forces in civilian clothes raided the family home in Al-Dair village and arrested Ali Isa Al-Tajer.  They did not produce a search warrant nor give a reason for the raid or the arrest. His whereabouts remain unclear and has not had access to a lawyer. Read More

In recent weeks, the Saudi government has displayed a pattern of targeting individuals based solely on their peaceful discussion of alternative religious traditions. On 17 November 2015, authorities sentenced Palestinian poet Ashraf Fayadh to death by beheading for allegedly using his poetry to promote atheism. Less than a week later, on 22 November, Saudi courts upheld a sentence of two years in prison and 200 lashes against Mikhlif al-Shammari for his work with Saudi Arabia’s Shia population. These sentences violate Saudi Arabia’s obligations as a signatory of the Arab Charter on Human Rights, which guarantees the right to freedom of opinion and expression. The cases make clear that the state empowers judges to define religious acceptability on a case-by-case basis to serve political interests.

The UN Working Group on Arbitrary Detention has determined that Saudi Arabian authorities have arbitrarily detained nine peaceful activists in blatant violation of international law. The activists include the six founding members of the Saudi Civil and Political Rights Association (ACPRA), as well as the imprisoned blogger Raif Badawi. Read More

On 30 November 2015, the semi-official newspaper al-Riyadh reported that 52 people would be put to death soon, reportedly including Sheikh Nimr Baqir al-Nimr and other Eastern Province Activist. Okaz, another local newspaper, reported that some of those facing execution were affiliated with al-Qaeda. Others are from Awamiyya, a largely Shia town in the oil-producing Eastern Province where the government has suppressed demonstrations for equal rights. Read More

Hundreds of Saudi women began campaigning for public office on Sunday, in a first for women in the conservative kingdom’s slow reform process – even as two activists, Loujain Hathloul and Nassima al-Sadah, were disqualified for unknown reasons. More than 900 women are standing alongside thousands of men in the 12 December municipal ballot, which will also mark the first time that women in Saudi Arabia are allowed to vote. Read More 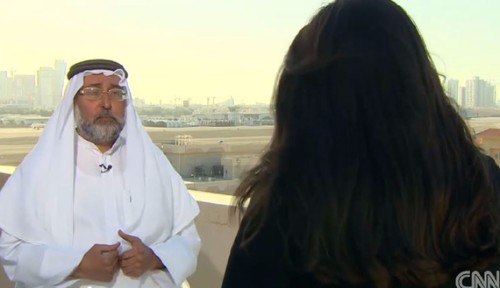 Obaid al-Zaabi is a human rights defender from the UAE. On 2 July 2013, UAE security forces arrested al-Zaabi for tweeting critically about the trial of the 94, which included his brother. Authorities released him on bail on 4 August 2013. Later that year, on 11 December 2013, CNN interviewed al-Zaabi about the increasing arrests of Twitter users in the UAE. In the interview, al-Zaabi commented on the poor environment for free speech in the UAE. The next day, UAE authorities arrested al-Zaabi and disappeared him for several weeks. The courts later charged him with slandering the rulers of the UAE and disseminating ideas meant to “damage the reputation” of the government. Though the UAE acquitted al-Zaabi of all charges in June 2014, he remains in a prisoners’ ward of the Sheikh Khalifa Medical City Hospital in Abu Dhabi.

What Military Target Was in My Brother’s House

Human Rights Watch released a report investigating ten attacks that occurred in Houthi-controlled parts of Yemen and resulted in the deaths of at least 309 civilians. The report found no evidence that any of those killed in the attacks were combatants. In the ten cases, Human Rights Watch found either no evident military target or that the attacks failed to distinguish civilians from military objectives.  Read More

On 19 November 2015, the UAE detained Amina and Moza Alabdouli, as well as their brother Mosab. They are being held by the State Security Apparatus, where there have been credible reports of torture. Though it is not clear why the girls and their brother were taken, it may be in retaliation for the actions of their father, who was a political prisoner a decade ago. Retribution against family members of political opponents by the UAE’s State Security is common. Read More

Secretary of State John Kerry visited the UAE last week to meet with Foreign Minister Abdullah bin Zayed al-Nahyan. In his official remarks, Secretary Kerry stated, “We respect what the United Arab Emirates has been able to do to be able to accomplish significant progress in Yemen.” However, leading human rights organizations say otherwise. Human Rights Watch and others have accused the coalition of committing flagrant war crimes. Read More