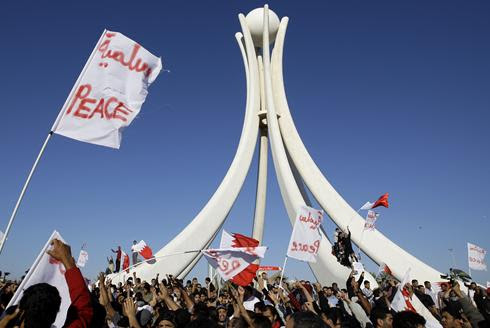 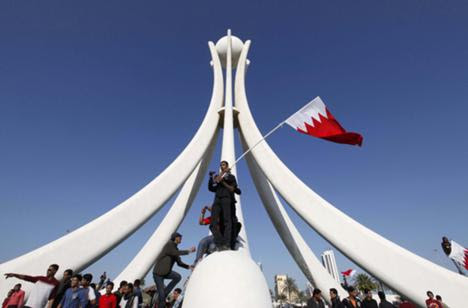 Donate & Help Us Rebuild the Pearl Roundabout in Washington for the 5th Anniversary of Bahrain’s Uprising!

In February-March 2011, almost half the population of Bahrain rose up to call for their rights to inclusive and representative government, an end to violence and torture by security forces, and democratic reform. At the center of the uprising was the Pearl Roundabout, which would become a symbol of independence and resistance. On the morning of 18 March 2011, the Government of Bahrain demolished the Pearl Roundabout in an attempt to destroy Bahrain’s Tahrir Square and quash the hope of the peaceful uprising. Five years after the pro-democracy movement began, Bahrain’s human rights situation has deteriorated significantly.In February 2016, Americans for Democracy & Human Rights in Bahrain will recreate the Pearl Roundabout in Washington DC to celebrate the fifth anniversary of the uprising. But we need your help. Donate now to help us reconstruct this symbol of peace, democracy, and human rights.Every donation, no matter how small, will help us bring this symbol back and stand in solidarity with the people of Bahrain. Please give $5, $10, $20, $100 or whatever you can to help rebuild the Roundabout!
Read more…

ADHRB’s Kate Kizer writes that to truly counter violent extremism in Bahrain and maintain the country’s stability, the US must urge the government to fully implement human rights reform and political reconciliation. By embracing the Bahraini government’s sectarian rhetoric and even reconstituting bilateral weapons sales, the US is acting upon the disconcerting notion that the same tired policies – uncritical support for repressive states that serve security interests – will somehow yield different results.  Read More 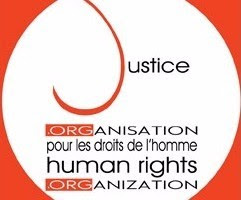 Bahrain: Between the Obligations and Implementation, 4 Years Since UPR Recommendations
On 10 December 2015, the Justice Human Rights Organization hosted a web conference on the evolution of human rights in Bahrain since the UPR recommendations of 2012 and the projections for the upcoming UPR. ADHRB’s Michael Payne offered his expertise on Bahrain’s engagement with the UPR. Follow the link to see highlights from the event. Read More 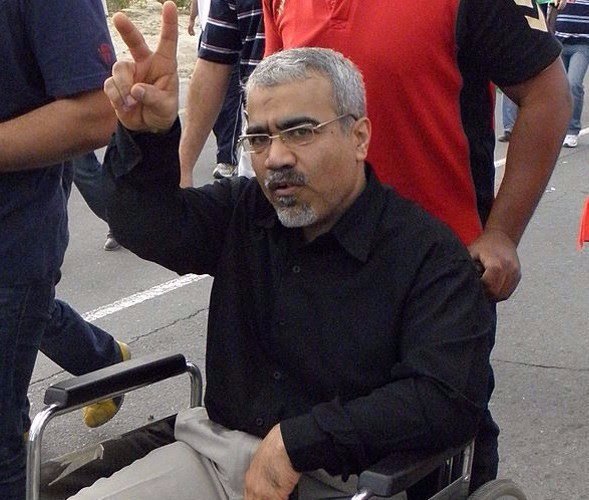 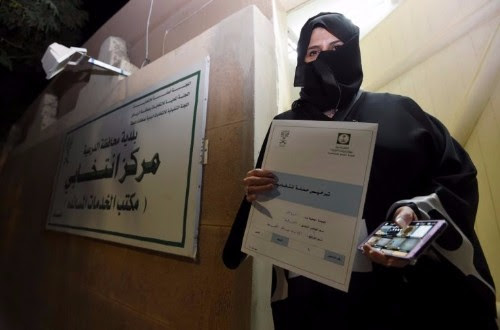 Voices from the Ground: Saudi Women Speak on Elections

In order to better understand Saudi women’s involvement in the elections, Americans for Democracy & Human Rights in Bahrain (ADHRB) has interviewed four Saudi women from a variety of backgrounds and with varying approaches to their newfound franchise. The women – speaking under the pseudonyms Zeina, Aisha, Norah, and Rana – provided pessimistic and frequently blunt assessments of the elections and women’s role in them, even as several affirmed the importance of women’s participation.
Read more… 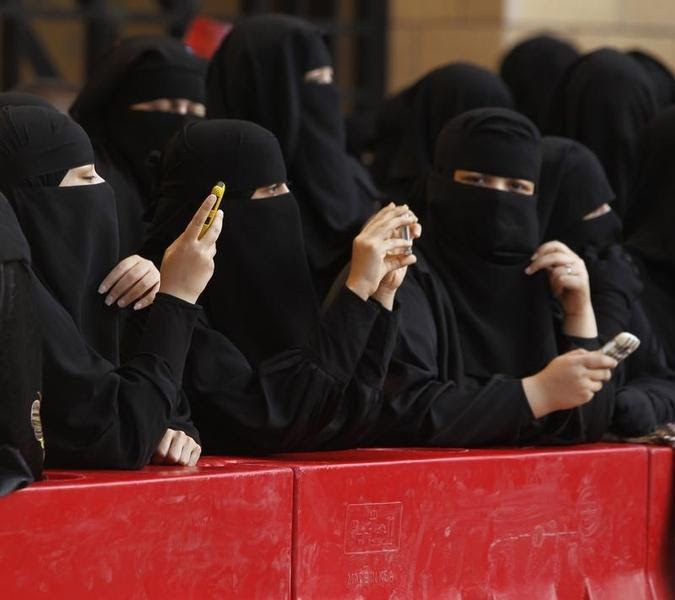 Saudi Arabia: Landmark Elections for Women
Human Rights Watch provided an assessment of the 12 December 2015 elections in Saudi Arabia, which were the first to allow women to stand as candidates. While women’s participation in elections for municipal councils is a positive step, women face a number of barriers to participating. Registering to vote and confirming identity often prove difficult, and the government has barred some activists from participating.  Read More 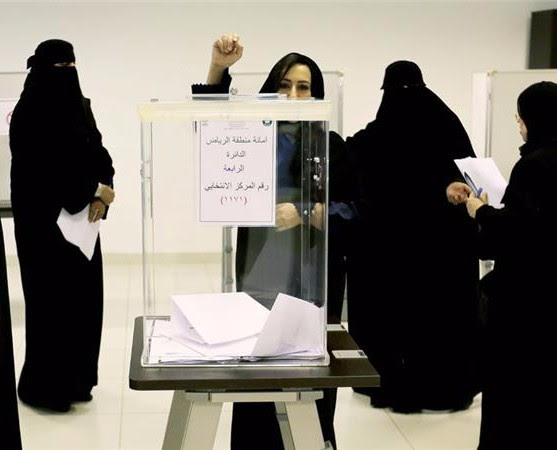 Low turnout in Saudi Arabia’s first poll open to women
Saudi Arabia held its  first-ever election open to both female voters and candidates on 12 December 2015. The municipal poll, which was hailed by many as historic, saw a fairly low voter turnout of about 25 percent. Read More 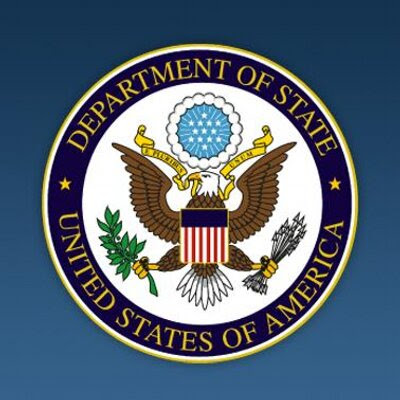 mber 2015, Saudi Arabia conducted its first municipal election in which both men and women registered as candidates and voted. We congratulate the many men and women across the country who won seats and applaud the nearly 1000 women who ran and participated as candidates. The participation of women represents an important step forward in Saudi Arabia toward a more inclusive electoral process that will ensure all citizens are represented in a government accountable to all Saudi citizens. Read More 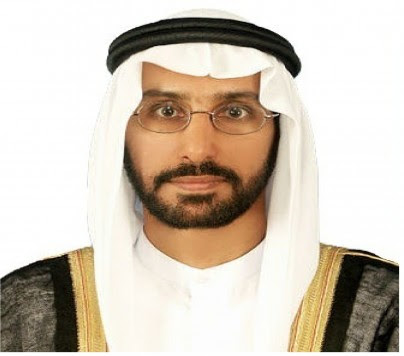 On 26 March 2012, Emirati security forces arrested Dr. Ahmed Yousef al-Zaabi, a former judge and law professor in the UAE. While in detention, the authorities tortured Dr. al-Zaabi and subjected him to extremely poor living conditions. On 2 July 2013, the Emirati Supreme Court sentenced him to ten years in prison as part of the mass trial of “the 94.” During his detention and during the trial, officials denied him access to a lawyer. As in the cases of  many members of the 94, the Government of the UAE violated Dr. al-Zaabi’s right to a fair trial, his right to free expression, and his right to freedom from arbitrary arrest and torture. Read more…

Set against a rising death toll in Yemen, the US Senate is using new oversight powers for the first time to track American weapons sales to Saudi Arabia. The move signals a growing unease on Capitol Hill with the Saudi-led war effort in Yemen, a conflict the United Nations says has killed more than 5,700 people and has forced another 2.3 million from their homes. Read More 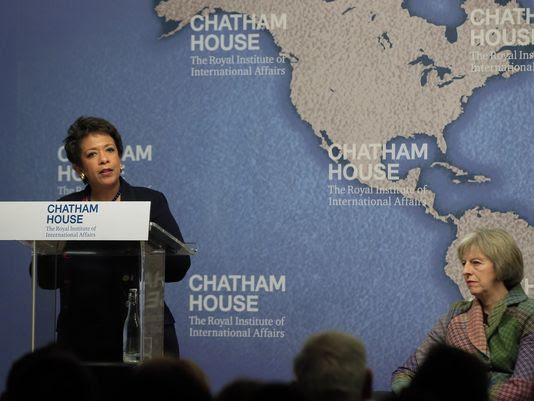 World Cup probe: US attorney general hopes Qatar cooperates
The United States hopes Qatar will cooperate with the World Cup bidding investigation, Attorney General Loretta Lynch said on 9 December, insisting that the Gulf nation being a key ally in the fight against Islamic State militants was irrelevant in any considerations about pursuing a corruption case. The US is working closely on the FIFA investigation with Swiss authorities, whose case started by probing the dual votes for the 2018 and 2022 World Cups five years ago. Read More

Are you a victim of a human rights abuse in Bahrain, Saudi Arabia or other GCC states?
Document your case with the Special Procedures of the United Nations through ADHRB’s UN Complaint Program.
Copyright © 2015 ADHRB, All rights reserved.
Contact us at:  info@adhrb.org