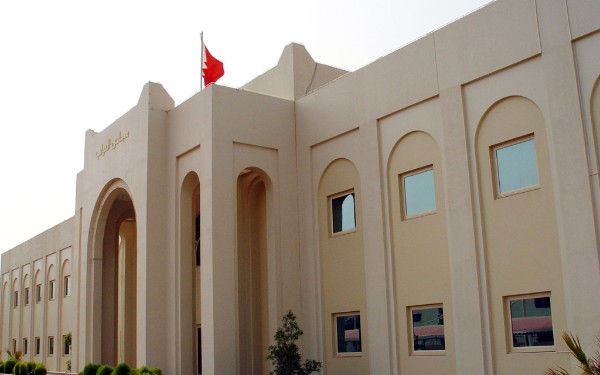 Since the 2011 uprising, the Government of Bahrain has introduced laws granting authorities the ability to further prosecute and suppress peaceful opposition. In the past several weeks, the Bahraini Parliament and Shura Council approved amendments to Bahrain’s anti-terrorism law, “Protecting Society from Terrorism Acts,” and the Political Societies law. Despite claims to be implementing reform and combating terrorism, the Government of Bahrain has used these laws to suppress dissent, increase the powers of the security forces, and undermine peaceful opposition parties. These new amendments will contribute to the government’s attempt to legalize its human rights abuses.

Two face politically-motivated execution in Bahrain based on torture ‘confessions’

REPRIEVE calls on the Government of Bahrain to commute the death sentences of Husain Moosa and Mohammed Ramadan, two Bahraini citizens who claim they were tortured until they gave false confessions of involvement in a bomb attack. Read More

With Fifa’s decision to ban former president Sepp Blatter and UEFA president Michel Platini from football for eight years, “renewed attention” has been paid to Sheikh Salman Bin Ebrahim Al Khalifa, the Bahraini royal who remains the “odds-on favourite” for the Fifa presidency at 6-5, despite accusations of complicity in human rights violations. Read More

BNA – The Toaster in the Bathtub of Bahrain’s Credibility

Brian Dooley describes how the Bahrain News Agency, the state media outlet, actually undermines the government’s public relations efforts by not only regularly publishing “vacuous stories or ones that are untrue, but articles that are easily exposed as fabricated.” Read More

Detainee Khalil al-Tobiji: Deprivation & Suffering
Click here for a PDF of this article in English 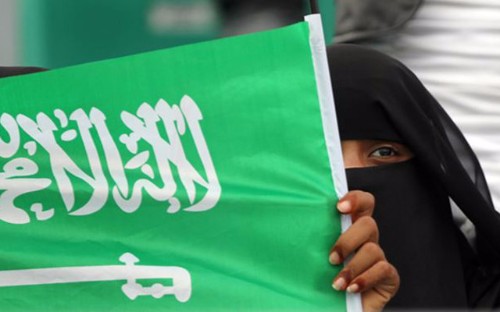 2015 was a watershed year for human rights in Saudi Arabia. It began last January, with the death of a cautious king whose experiments with limited reforms ended with the Arab Spring. It draws to a close now, having witnessed a near-record setting spate of executions, worsening repression of reforms and political dissidents, and a foreign adventure that few outside Riyadh see as a success. In between, a new king ushered in an era of domestic and international belligerence. He handed the keys to the kingdom to a younger generation of Saudi rulers, a crown prince and deputy crown prince who have driven the unstinting suppression of political dissent and the unsparing bombing of militant and civilian Yemenis alike.

A Saudi court has sentenced writer Zuhair Kutbi to four years in prison (with half the sentence suspended), a 15-year ban on writing, a five-year ban on traveling, and a $26,000 fine. Kutbi was detained after calling for reform on a television program. Read More

This Is What Justice Looks Like in Saudi Arabia

Under international pressure, the Saudi judiciary reopened the case of a Sri Lankan woman sentenced to be stoned to death for adultery; she was later sentenced to a prison term of unspecified length instead. Read More

Are U.S. Arms Sales to Saudi Arabia Hurting its Own Interests in the Region?

Leah Schulz argues that although the US justifies its arms sales to Saudi Arabia as necessary to maintain regional stability, the kingdom’s policy in Yemen has “proven to be just the opposite: reckless and destabilizing.” Read More 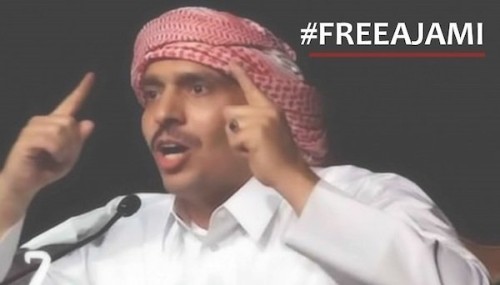 Mohammed al-Ajami, known to many by his pen name Mohammed Ibn al-Dheeb, has gained fame throughout the Gulf and the Arab world for his poetry. His poems contain liberal and satirical elements, often poking fun at religion and the region’s rulers. On 16 November 2011, Qatari authorities arrested al-Ajami on charges of insulting the emir and “inciting to overthrow the ruling system” through his poetry. After a year of detention and a trial reportedly marked by due process violations, al-Ajami was sentenced to life imprisonment on 29 November 2012. In February 2013, an appeals court reduced his sentence to 15 years. Qatar’s highest court has since affirmed this decision, leaving a pardon from the emir as al-Ajami’s only hope for freedom. Join ADHRB in demanding that the emir issue this pardon and unconditionally release al-Ajami from prison by signing our petition; it is currently only nine signatures away from the first goal of 1,500! Don’t forget to tweet your support using the hashtag #FreeAjami.

America is complicit in a new Middle Eastern tragedy: Saudi Arabia is obliterating Yemen – with our help

Sharif Abdel Kouddous tells the stories of civilians affected by the worsening humanitarian crisis in Yemen, arguing that the US has facilitated Saudi Arabia’s destruction of the already-impoverished country. Read More

UAE dissident secretly deported from Indonesia to Abu Dhabi: rights group
According to the International Centre for Justice and Human R

ights (ICJHR), Indonesian authorities have deported Emirati political dissident Abdulrahman Khalifa bin Subaih al-Suwaidi after he traveled there hoping to obtain asylum. Suwaidi is reportedly being forced to return to his home country, where he was sentenced to 15 years in prison during the mass trial of the “UAE 94” in 2013. Read More

l Business in the GCC,” which is intended to protect migrant construction workers employed in the region. HRW urges international and domestic companies operating in the GCC to adopt the standards to ensure that they and their contractors and sub-contractors respect the rights of migrant workers on their projects and to protect workers from serious abuses, including trafficking and forced labor. Read More