Marking 300 days of his hunger strike, forty-four international NGOs call for the immediate release of Bahrain prisoner of conscience Dr Abduljalil al-Singace. Dr al-Singace has foregone food, and subsisted on water and IV fluid injections for sustenance since 21 March 2015. He began his hunger strike in protest of the worsening conditions in Jau Prison after prison officials subjected inmates to collective punishment, torture, and humiliating practices.

Opposition group al-Wefaq expressed “deep disappointment” about the content of Bahrain’s National Institution for Human Rights’ annual report. In a statement, al-Wefaq alleged that the report’s content is “far from reality” and “has disregarded many of the blatant violations taking place” in Bahrain. The opposition group asserted that “impunity is the most significant issue missing from the report.” The group concluded its statement by urging the government to allow the Special Procedures of the United Nations to visit the country. Read More

the Arabian Peninsula, particularly in Bahrain. The near-70% fall in oil price since mid-2014 has “shattered” government revenues. While Saudi Arabia has funded its deficit by drawing on its central bank deposits, and Kuwait, Qatar, and the UAE have sufficient assets to weather a decade of low oil prices, Bahrain appears more vulnerable to the slide in prices. In order to stem the economic crisis, it could attempt to reduce more subsidies like water and electricity, after already cutting meat subsidies. Read More

According to the Ministry of Interior (MOI), “skirmishes” took place around the Al-Marzouq religious center in Sitra, Bahrain, on January 11, 2016. The MOI said that gunfire mistakenly damaged some of the center’s facilities. Eyewitnesses reported that around 3:00 a.m., a black vehicle opened fire at the Al-Marzouq center, damaging some of the center’s windows and its ceiling. The MOI declared that “it will bear the cost of maintenance, and will repair the damage caused by gunshots.” The incident comes at a time when Shia religious centers and gatherings have become the targets of increased harassment. Read More

On 12 January 2016, Saudi authorities arrested prominent human rights defender Samar Badawi. She was slated to appear before the Bureau of Investigation and Public Prosecution (BIP) on 13 January 2016. Americans for Democracy & Human Rights in Bahrain (ADHRB), the Bahrain Institute for Rights and Democracy (BIRD), and the European Center for Democracy & Human Rights (ECDHR) condemn Samar’s arrest in the strongest terms possible and demand her immediate and unconditional release.

tlets have referred to the recently executed Saudi activist Sheikh Nimr al-Nimr as a pro-Iranian terrorist, a Muslim extremist, and a Hezbollah leader; meanwhile, international commentators have painted al-Nimr as an opposition leader, activist, and prominent religious figure. To provide a better understanding of Sheikh Nimr, Toby Matthiesen offers an in-depth account of al-Nimr’s past, arguing that the Saudi government purposefully and wrongfully cast Sheikh Nimr as a Shia militant in order to legitimize his execution. In reality, Matthiesen says, Sheikh Nimr was an “outspoken revolutionary” who called for peaceful protests. Read More

Covering a War at Home Costs a Yemeni His Life
Almigdad Mojalli, a Yemeni journalist covering the civil war in his country, was killed

by a bomb on his way to Sana’a. The bomb is believed to be from Saudi-led coalition forces. Mr. Mojalli had planned to go to Sana’a to find witnesses to airstrikes that killed a number of civilians last week. One of a fast-dwindling number of Yemeni journalists, he viewed his reporting as “humanitarian work.”  Read More

NPR’s All Things Considered interviewed Sheikh Nimr’s son Mohammed last week. While explaining why Sheikh Nimr was not a terrorist, Mohammed emphasized his father’s repudiation of violence, even in protest. He also expressed pride in his father’s criticism of Saudi Arabia, who he says, “can’t face words, so they kill people.”  Read More 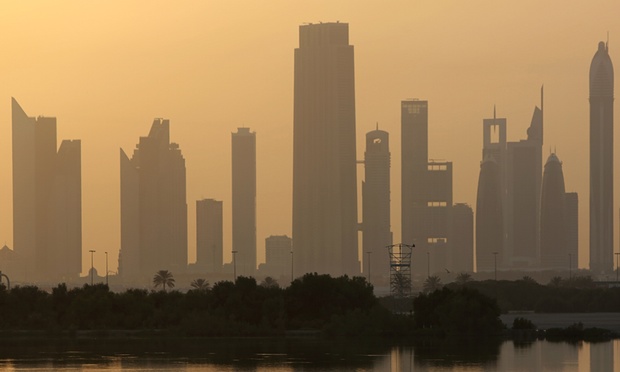 US, Canadian and Libyan businessmen charged in UAE after 500 days in jail

A Canadian, two Americans and a Libyan who had been held for more than 500 days without charges and allegedly tortured were charged in the United Arab Emirates on Monday with supporting terrorism.Canadian Libyan Salim Alaradi was one of the four Libyan nationals charged with supporting two pro-Islamist Libyan militias. Alaradi was arrested in the middle of the night nearly three months earlier, pulled from a Dubai hotel where he, his wife and children were staying on a trip to see extended family. A father and son, the Libyan American dual citizens Kamal and Mohammed al-Darat were arrested that same month. Like Alaradi, they have been charged with supporting terrorism. Canadian and US officials attended the hearing but their respective embassies did not respond to requests for comment. All four deny the charges against them.

Reportedly, trafficking foreign and impoverished children for the purpose of camel racing is a common practice in the United Arab Emirates, where at least 50% of the children trafficked are from West Bengal in India. According to a new report, young boys are preferred to be camel jockeys because they are considered light and speedy and are frequently underfed before major races. Although they are strapped to the camels before races, they are liable to be thrown off and trampled due to the camels’ speed. Much of the trafficking occurs as a result of the purported economic benefits. In response, the government in West Bengal has been developing an online trafficking portal so that missing children can be tracked more easily. Read More

censor internet media and restrict free expression. Lawmakers decided that a jail term of up to ten years would become the official punishment for a range of online expression. The parliament then passed an additional bill regulating all “professional” media, including news outlets, and criminalizing any criticism of religious figures, foreign leaders, or government officials.  Read More

Oman is one among several GCC states that has recently reduced state subsidies on gasoline in response to the decline in oil prices, which are at their lowest since 2003. Gasoline prices for both premium and regular fuel will increase by about a third and a fourth, respectively. Less general government spending is expected to result in less revenues and therefore less employment by companies that depend on government projects.   Read More