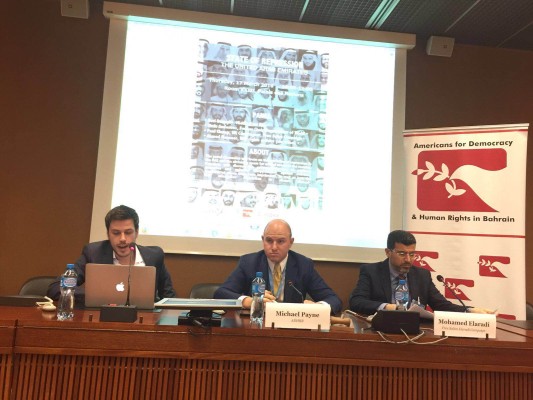 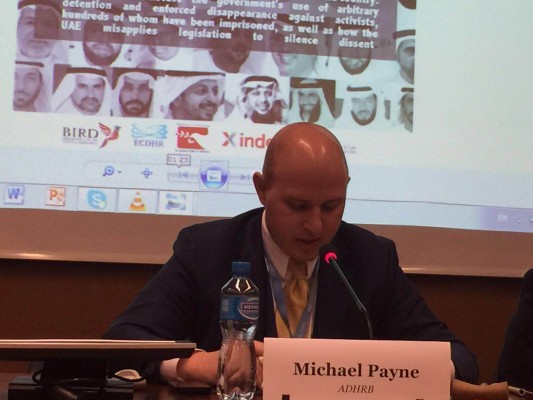 Michael Payne from ADHRB moderated the panel and gave opening remarks. He spoke about how even at the Council, we rarely hear about the domestic human rights environment in the UAE. He then reviewed how the UAE has used cybercrimes and antiterrorism laws to target activists since 2011, and how these laws have enabled the government to silence critics with impunity. He reviewed several elements of the antiterrorism and cybercrimes laws that specifically contribute to the government’s abuses. He then gave examples of activists who had been tried under restrictive laws, including a group of activists known as “the 94.” Finally, he spoke about the abuses that detainees commonly face, including arbitrary detention, incommunicado detention, torture, and limited access to legal representation. He concluded by saying that we need to begin a discussion on the UAE. 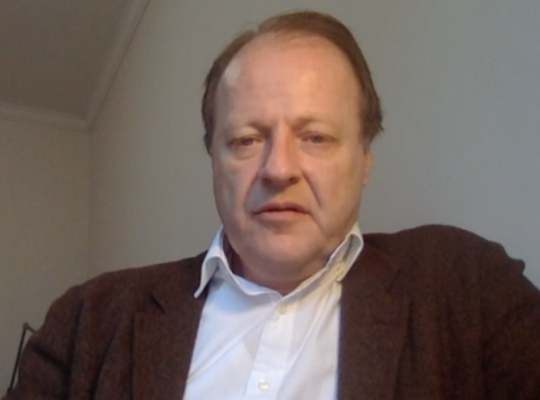 Mads Andenaes, the former Chair-Rapporteur of the Working Group on Arbitrary Detention (WGAD), then provided remarks by video. He began by reviewing some of the Working Group’s major decisions related to the UAE. He discussed the decision from February of this year declaring the detention of a group of Libyan businessmen to be arbitrary. The Special Rapporteur on Torture also raised the issues of solitary confinement and incommunicado detention in relation to this case.  He went on to speak about the WGAD’s major decision about the case of 94 activists from 2013. He claimed that these and other decisions show that there is a pattern of arbitrary detention in the UAE. He then discussed how our international system of addressing human rights abuses is incomplete and imperfect, but that independent experts have a duty to investigate violations even when it’s not politically convenient to do so. He said that the UAE has not justified its pattern of arbitrary detentions in any way. Finally, he stated that cases only come before the WGAD because NGOs raise them, so it is vitally important that NGOs continue to do so. 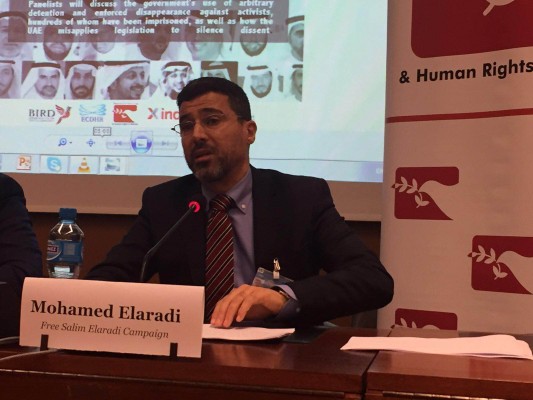 Mohamed Elaradi continued the discussion by sharing his experiences as a prisoner in the UAE. He described how the state security apparatus kidnapped him and nine other Libyan businessmen in August 2014. Though he was released in 2014, his brother Salim Elaradi was not. Mohamed eventually decided that silence would not bring results, and he began a campaign to call for the release of his brother. He reported that some of the Libyans had been acquitted recently, but his brother was not one of these people. He then showed a video reviewing the UAE government’s case against his brother and the other Libyan businessmen, highlighting the due process violations they have suffered. The video described how the men were arrested without warrants, severely tortured, and prevented from accessing a lawyer. It also discussed the release of a UN opinion declaring the men’s detention to be arbitrary and stating that the detainees could not have had a fair trial. 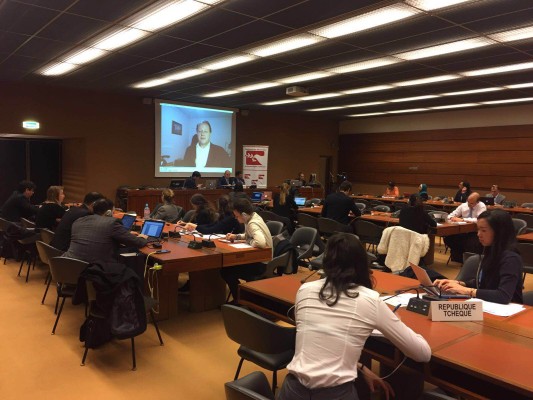 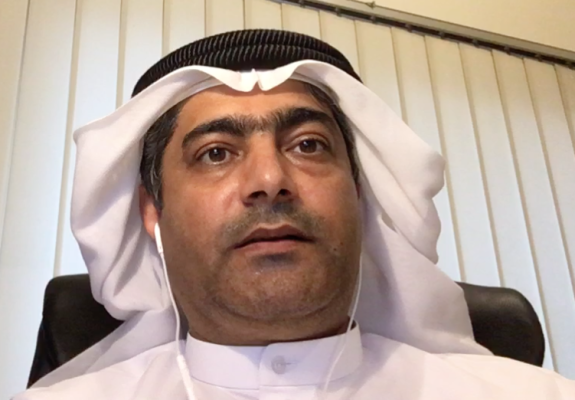 Ahmed Mansoor, a prominent UAE activist and former prisoner of conscience, told his own story of repression in the UAE. He spoke about how the government has targeted him for his human rights work for many years. In 2009, the government shut down an online forum he had created to promote the free discussion of ideas. In 2011, after he petitioned the government to introduce parliamentary reforms, the state security apparatus ran a smear campaign against him and eventually arrested him. The president pardoned him after he spent eight months in jail, though the government revoked his passport after his release and he remains under travel ban. In 2012, Mansoor reported being assaulted twice in one week at the university where he was studying. In addition to these incidents, he reported having the money in his bank account disappear, having his car stolen from outside the public prosecution, and having his social media accounts targeted and monitored. Finally, he mentioned that just last week, the UAE revoked the citizenship of the children of another human rights defender. He ended by saying these are the types of repression that human rights defenders face in the UAE. 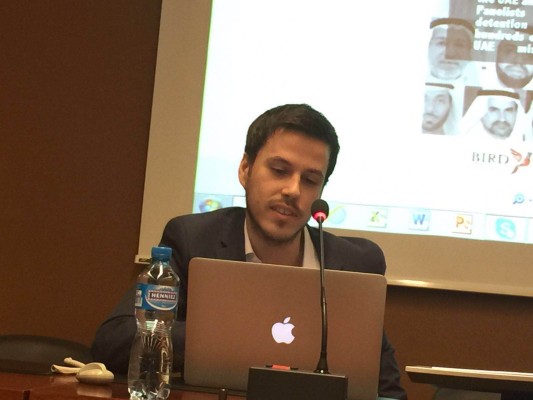 Finally, Rori Donaghy, a reporter for Middle East Eye and the founder of the now-defunct Emirates Center for Human Rights, provided his perspective on the human rights situation in the UAE. Rori provided a broader picture of human rights abuses in the UAE. He said that underneath the positive image, the UAE has created a security state. He described how Mohammed bin Zayed, the Crown Prince of Abu Dhabi, has led a campaign against activists, especially ones that are linked in some way to Islamism. Rori said that there are over 200 political prisoners currently imprisoned in the UAE from at least 13 countries. Rori said that the UAE’s security state is unrivaled in the region. Mohammed bin Zayed has created a surveillance system in Abu Dhabi called “Falcon Eye,” which conducts mass monitoring of many forms of communications. Rori then said the UAE does live in a dangerous region, but it has taken advantage of this scenario to crack down on dissent. There is no truly free civil society in the UAE. Rori ended by saying that the 94 trial killed the nascent movement for democracy, and now people are generally too afraid to speak out. We may eventually see opposition movements emerge from the poorer emirates.