Since the Bahraini government’s violent suppression of the 2011 pro-democracy movement, Americans for Democracy & Human Rights in Bahrain (ADHRB), the Bahrain Institute for Rights and Democracy (BIRD), the Bahrain Centre for Human Rights (BCHR), the European Centre for Democracy and Human Rights (ECDHR), and the Justice Human Rights Organization (JHRO) have documented hundreds of cases of arbitrary detention. In particular, Bahraini security forces have used unlawful detention practices to target human rights defenders, opposition leaders, journalists, and other political activists. The authorities regularly hold these activists incommunicado and use torture to coerce false confessions.

Through ADHRB’s UN Complaint Program, many victims of such abuse have been able to bring their cases to the attention of the UN Working Group on Arbitrary Detention (WGAD). Over the last several years, the WGAD has issued formal decisions regarding the arbitrary detention of 15 individuals in Bahrain, and it has signaled that the government agents may have potentially committed “crimes against humanity.” This month’s Champions for Justice highlights just a few of the individuals determined by the WGAD to be arbitrarily detained in Bahrain. 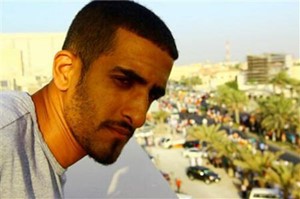 Tagi al-Maidan is an American citizen who was born in New Haven, Connecticut to a Saudi father and a Bahraini mother. At a young age, al-Maidan and his family relocated to Bahrain where he later participated in peaceful pro-democracy protests.

On 7 October 2012 at 2:00am, seven masked men dressed in civilian clothes and one uniformed security officer raided al-Maidan’s home and arrested him. They did not present an arrest warrant. Without providing al-Maidan’s family with any information, security forces detained him at the CID in Al-Qodhaibiya, Manama for 22 hours.

During the detention period, the authorities psychologically abused al-Maidan and tortured him in such a way as to exacerbate his preexisting disability. Al-Maidan suffers from a spinal cord injury that makes standing for prolonged periods of time extremely painful, and the security guards blindfolded him and forced him to stand on one leg indefinitely. They also hit him on his upper and lower back, shoulders, chest, face, and head while he was blindfolded. The CID officers insulted his religion and threatened to rape both he and his mother. While in detention, al-Maidan was not allowed access to a lawyer and was only given a one-minute phone call to inform his mother of his whereabouts.

While al-Maidan was detained at the CID, authorities forced him to confess to assaulting a police officer by throwing a stone at him. He states that this confession is false and was obtained under torture.

On 8 October 2012, al-Maidan was transferred to Dry Dock detention center. There, the authorities beat him on his head repeatedly and forced him to sleep on a mattress that caused him significant pain due to his physical disability. Prison officials refused to treat both his spinal injury and his stomach ulcer, which has worsened during his time in prison.

After a year of detention at Dry Dock detention center, a Bahraini court sentenced al-Maidan to 10 years in prison on 24 September 2013. He was convicted of assaulting a police officer without any evidence to corroborate the coerced confession: the prosecution did not provide physical evidence that he was present at the scene of the crime, and instead relied solely on the videotaped admission that security forces had forced al-Maidan to make under duress.

Following the trial, the authorities transferred al-Maidan to Jau Prison where they subjected him to further abuse and mistreatment. He has been forced to sleep on the floor, exacerbating his spinal injury, and has been denied medical attention for his stomach ulcer. Despite the WGAD’s determination that the government arbitrarily arrested al-Maidan, he remains in detention at Jau Prison.

ADHRB, BIRD, BCHR, ECDHR, and JHRO condemn the ongoing, systematic use of arbitrary detention and torture against activists, and urge the international community to hold Bahrain accountable to its international human rights obligations. We call on the Government of Bahrain to release the more than 3,500 political prisoners in Bahrain.

Ebrahim Abdulla al-Sharqi, born in 1988, is a political activist who has organized peaceful protests in opposition to the ruling government. At 4:00am on 8 November 2012, security forces entered al-Sharqi’s home, beat him, and brought him to Dry Dock detention center.

After three days in incommunicado detention, the authorities allowed al-Sharqi to make a brief phone call to his family in order to tell them of his whereabouts. While he was held in Dry Dock from 8 to 13 November 2012, the government has transferred him to several different detention centers since then. The authorities held him in the CID building in al-Adliya from 13 November 2012 to December 2012, and was then moved him to al-Hadid police station until March 2013.

At the CID building in al-Adliya and at al-Hadid police station, security forces tortured al-Sharqi by forcing him to stand for extended periods of time while handcuffed and blindfolded, causing him to lose consciousness on several occasions. He was also beaten with wooden sticks, plastic hoses, and open hands for a period of 19 days. Officials threatened al-Sharqi with rape and repeated insulted him and his religion. They prevented him from performing his prayers.  As a result of the physical abuse, al-Sharqi began to suffer from frequent seizures.

After more than four months in detention without charge, al-Sharqi was then taken to the public prosecutor’s office where he complained that he had been tortured. The public prosecutor did not believe him and refused to investigate his claims. Security officers then blindfolded al-Sharqi and forced him to sign a false confession under threats of additional torture. The public prosecutor charged him with membership of a terrorist group, and attempts to bomb football games and security force camps. Al-Sharqi did not have access to a lawyer until two months after his initial arrest.

When al-Sharqi’s family was finally able to see him, they found that he showed signs of confusion, as well as mental and physical exhaustion. He was constantly shivering and was prone to unbalanced movement. His eating habits suggested a lack of adequate nutrition while in detention and he appeared to hallucinate at times. They also noticed blood clots and bruises on parts of his body, including his arms and eye.

On 20 May 2013, a court sentenced al-Sharqi and eight other defendants to 10 years imprisonment. The court relied heavily on the false confessions that the defendants had provided under duress as grounds for the sentence. Once the trial was concluded, the authorities transferred al-Sharqi to Jau Prison, where he remains to date. 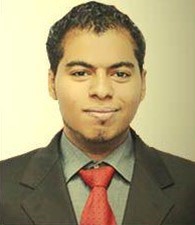 Jassim al-Hulaibi is a 21-year-old college student. On 13 March 2011, al-Hulaibi was trying to get to his university’s campus in order to join a peaceful, student-led protest. The roads were blocked and he was unable to reach the protest, so he returned home. When he left to attend a different protest nearby, Hulaibi was shot in the leg by a rubber bullet and subsequently taken to the hospital by his family.

Several days later, at 2:00am on 27 March 2011, 15 to 20 security officers raided al-Hulaibi’s home and dragged him to a car parked outside. They beat him and ordered him to insult his religion. When he refused to do so, the authorities beat him more severely.

Despite reassuring his family that they would bring him back the next day, the security forces held a-Hulaibi in incommunicado detention indefinitely. After one month, the Criminal Investigation Directorate (CID) briefly contacted his family requesting that they bring clothes and essential items for al-Hulaibi, but they did not reveal al-Hulaibi’s whereabouts nor would they confirm if he was at CID.

Initially, al-Hulaibi was detained in Asry Prison. Later, government officials transferred him to the Dry Dock detention center where they psychologically and physically tortured him in order to extract a confession. The guards blindfolded him and tied him up with plastic tape. They beat him, kept him in solitary confinement, and prevented him from praying. Al-Hulaibi was also only allowed to interact with other inmates once a week.

The court convicted al-Hulaibi and six other individuals on charges of attempted murder, intimidation, and vandalism, sentencing them to 15 years in prison on 3 October 2011. The convictions came in spite of evidence showing that al-Hulaibi was not at the university on 13 March 2011 when these crimes were committed. In addition, hospital records demonstrated that al-Hulaibi was being treated for his leg injury when the crimes were allegedly committed.

On 26 December 2012, an appeals court reduced al-Hulaibi’s sentence to three years imprisonment and a fine of 350,000 Bahraini Dinar.  Although al-Hulaibi finished his sentence on 26 March 2014, the government did not release him because the fine, to be shared between he and his co-defendants, had not been paid in full.  Al-Hulaibi remained in prison until at least July 2015, after which he was finally released.

ADHRB, BIRD, BCHR, ECDHR, and JHRO condemn the ongoing, systematic use of arbitrary detention and torture against activists, and urge the international community to hold Bahrain accountable to its international human rights obligations. We call on the Government of Bahrain to release the more than 3,500 political prisoners in Bahrain.