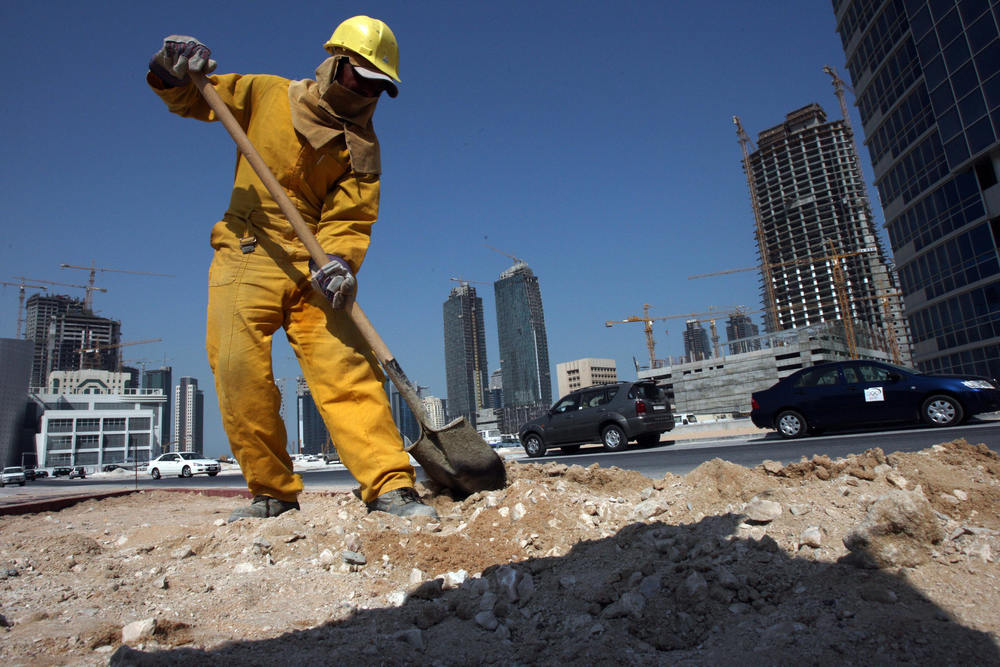 TO GO WITH AFP STORY BY FAISAL BAATOUT: A construction worker digs at a building site while in the background numerous cranes are positioned around high-rise ?apartment buildings under development in the Qatari capital Doha, 01 October 2007. Qatar ?is enjoying dramatic economic growth on the back of surging gas revenues, but the Gulf ?state is battling an increasingly high rate of inflation led by high housing costs, officials ?and analysts say. Around 2,000 housing units were under construction in 2007 and ?another 6,000 should be ready by 2009. AFP PHOTO/KARIM JAAFAR (Photo credit should read KARIM JAAFAR/AFP/Getty Images)