“Bahrain is gambling with its stability and plays with fire by raiding houses and attacking protesters,” said BIRD Director of Advocacy Sayed Ahmed AlWadaei. “Attacking protesters this morning after six months of siege on the village shows that the government is continuing to veer further down their path of repression.” 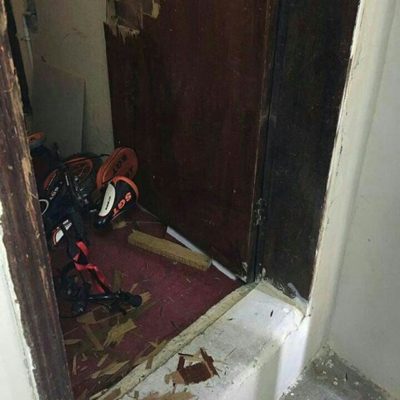 The Ministry of Interior in Bahrain confirmed on their Twitter account that they have conducted some arrests. Witnesses to the violence this morning have shared photos with ADHRB & BIRD of damaged houses from reported police raids.

Sheikh Isa Qassim is the most prominent spiritual Shia cleric in Bahrain. The Government of Bahrain arbitrarily revoked Sheikh Isa Qassim’s citizenship on 20 June 2016 and has since brought charges against him for money laundering. These charges are in relation to the Shia-specific practice of khums, a charitable donation given by individuals to the community. Since his citizenship revocation in June, protesters have participated in a peaceful sit-in around the residence.

“Without serious pressure from Bahrain’s allies, especially the United States and the United Kingdom, Bahrain will continue its repressive campaign against peaceful protesters,” said ADHRB Executive Director Husain Abdulla. “Despite promises of reform after government violence that took place in the 2011 pro-democracy movement, the Government of Bahrain continues to utilize violence against protesters.”