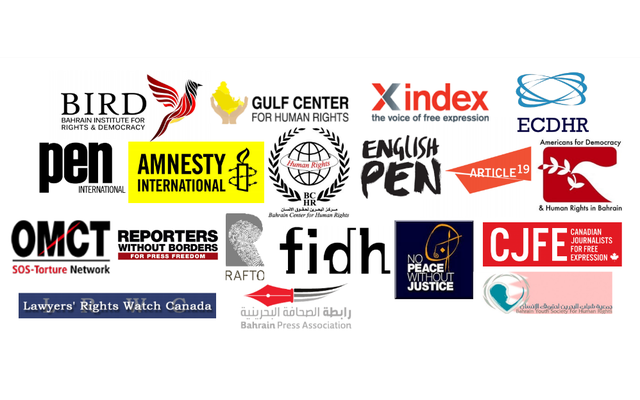 In light of recent developments in Bahrain, we write to raise our deep concern over the punitive trials of prominent human rights defender Nabeel Rajab, who is being prosecuted in three separate cases for exercising his right to freedom of expression. As Foreign Secretary you have re-committed your Office to counter the shrinking of civil society space and promote the work of human rights defenders. We therefore urge you to give effect to this commitment by calling for the release of Nabeel Rajab.

Nabeel Rajab, who has been in detention, largely in solitary confinement, since his arrest on 13 June 2016, currently faces two separate trials related to his right to free speech. In the first of these, he is charged with “spreading rumours in wartime”, “insulting a neighbouring country” (Saudi Arabia) and “insulting a statutory body”. The first two charges relate to Nabeel Rajab’s tweets published in March 2015 alleging torture in Jaw prison and criticising the killing of civilians in the Yemen conflict by the Saudi Arabia-led coalition. The verdict in his trial has been postponed several times suggesting that this is part of a deliberate strategy to harass him. His next hearing on this case is due to take place on 21 February.

On 28 December, during a hearing on the Twitter case, the high criminal court authorised Nabeel Rajab’s release on bail; he was then immediately rearrested for investigation into the charge of “spreading false news in media interviews”.  According to the prosecution, Nabeel Rajab’s charge relate to comments given to media outlets in which he stated that foreign journalists and international NGOs cannot enter Bahrain and that the imprisonment of opposition actors was political and illegal. However, multiple international NGOs including Human Rights First, and Reporters Without Borders, as well as academics and journalists, have been denied access since 2012. Amnesty International has also not been granted access to Bahrain since January 2015. Meanwhile, political and unlawful imprisonments are common in Bahrain: Bahrain was the subject of six UN Working Group on Arbitrary Detention rulings in 2014. Amnesty International has also documented many prisoners of conscience in Bahrain. Nabeel Rajab’s next hearing on this case is scheduled for 7 February.

In addition, Nabeel Rajab has a third charge against him for “spreading false news” after he an Op-Ed written in his name was published in the New York Times in September 2016.

We note the UK Government’s statements in recent years relating to Nabeel Rajab. In 2014 for example, at the UN Human Rights Council the UK together with 46 other states, urged Bahrain “to release all persons imprisoned solely for exercising human rights, including human rights defenders, some of whom have been identified as arbitrarily detained according to the UN Working Group on Arbitrary Detention.” Also, since your appointment as Foreign Secretary, the Government has, through Parliament and the UN Human Rights Council, expressed concern at the re-arrest of Nabeel Rajab and confirmed that UK officials continue to raise his case with the Government of Bahrain and attend each of his hearings.  While such efforts are welcome, it appears that the UK Government has not yet called for his release.

Since your appointment, the human rights situation in Bahrain has further deteriorated. The recent resumption of executions and excessive use of force against protesters, contradict the Bahraini authorities’ rhetoric of progress being made.

We strongly believe that the UK, following your and the Prime Minister’s visit to Bahrain in December, and particularly now that the UK has regained a seat on the UN Human Rights Council, should review its current policy on the human rights situation in Bahrain, publicly condemn regressive measures and call for the release of Nabeel Rajab and others detained solely for peacefully exercising their right to freedom of expression such as Sheikh Ali Salman, the Secretary General of al-Wefaq National Islamic Society.

The UK’s significant historical, economic, security and political ties with Bahrain incur a responsibility to acknowledge and criticise negative human rights developments within the country. The UK’s voice is strongly heard in Bahrain, and we urge you to act publicly and promptly in support of Nabeel Rajab’s human rights work and call for his release.

We would like to request a meeting with the FCO to discuss our human rights concerns in Bahrain and Nabeel Rajab’s case and hear the FCO’s views on his case and what the UK government can do to uphold its commitment to reverse the shrinking civil society space in Bahrain.

Click here to see a PDF of this letter.