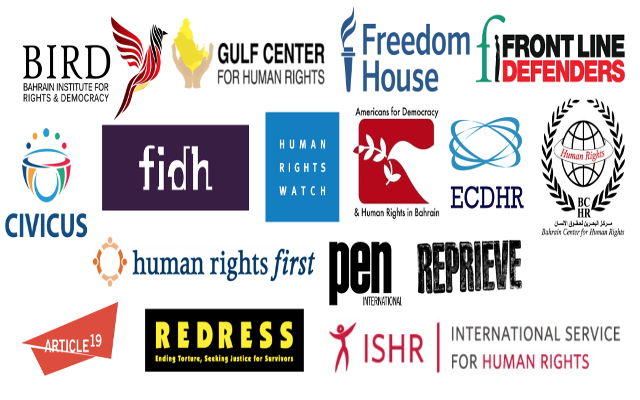 The Human Rights Council (HRC) has largely remained silent on the situation in Bahrain since 35 states delivered a 5th joint statement on Bahrain at the 30th session of the HRC in September 2015. In the intervening period, and particularly since mid-2016, the situation has worsened significantly.  We believe it is extremely important for HRC member and observer states to put their strong concerns about this situation on record.

On January 17, the UN Office of the High Commissioner for Human Rights said it was “appalled” by the January 15 execution of Sami Mushaima, Ali al-Singace, and Abbas al-Sameea, charged with the murder of three police officers, citing their alleged torture in custody and the fact that “their lawyers were not given access to all the hearings against them nor allowed to cross-examine prosecution witnesses during court hearings.” The UN Special Rapporteur on extrajudicial, summary or arbitrary executions declared the executions “extrajudicial killings.”

These executions have raised concerns that King Hamad bin Isa Al Khalifa will approve the executions of two Bahrainis, Mohamed Ramadan and Husain Ali Moosa, whose convictions were based almost exclusively on confessions that Mr Ramadan and Mr Moosa allege were coerced through torture; both men later retracted their confessions. Moreover, we are deeply concerned by the fact that purportedly independent torture investigators in Bahrain, namely the Special Investigation Unit and the Interior Ministry Ombudsman, failed to investigate torture allegations in several of these cases, allowing the trials of all five men to proceed in relying on confessions allegedly extracted through torture.

These cases are among the most concerning developments of the last 12 months during which time an orchestrated crackdown on the rights to free expression, assembly and association have badly undermined prospects for a political solution to Bahrain’s domestic unrest. In June 2016, Bahraini authorities dissolved the main political opposition group, al-Wifaq; jailed the country’s leading human rights defender, Nabeel Rajab; charged a prominent human rights lawyer, Mohamed al-Tajer, with offences that violate his right to free expression; further undermined media freedom by charging a prominent Bahraini journalist with working without a license; and harassed and prosecuted Shia clerics who peacefully protested the arbitrary revocation of the citizenship of al-Wifaq’s spiritual leader, Sheikh Isa Qasim. Bahrain’s courts continue to play a key role in the repressive order and have granted the authorities broad discretion to revoke Bahrainis’ citizenship. Authorities have continued to arbitrarily strip citizenship from Bahrainis who have been critical of the government, in some cases leaving them stateless.

In the statement in September 2015, HRC members and observers urged Bahrain to “appropriately address all reports of torture and ill-treatment of detainees and ensure full investigation and prosecution of these cases.” Unfortunately, credible reports of torture and mistreatment of detainees continue to emerge from Bahrain and the authorities have made little progress in holding police and security forces accountable. In January 2017, Bahrain restored arrest and investigatory powers to Bahrain’s National Security Agency (NSA), which conducted “terrorizing” house raids and systematically tortured detainees in 2011, per the report of the Bahrain International Commission of Inquiry (BICI). The decision to grant the NSA the power to arrest and detain people reverses one of the few recommendations the government implemented in accordance with the BICI report’s 2011 recommendations.

The UN General Assembly resolution that set up the HRC as an organ for the promotion and protection of human rights outlined the importance of non-governmental organisations in the realisation of that goal. Not only is Bahrain in clear violation of fundamental human rights, it is obstructing the HRC’s efforts to promote and protect those rights.

We urge your delegation to resume efforts to address the human rights situation in Bahrain at the upcoming 34th session of the Council and to promote and support a resolution that, at a minimum, calls on the Government of Bahrain to:

We urge your delegation to press the Government of Bahrain to take immediate steps to reverse the alarming deterioration in human rights situation in the country. We urge you to support a joint statement as a first step towards the realization of that goal.

We look forward to continued collaboration on these issues and we remain available to provide further information as required.

With assurances of our highest consideration,