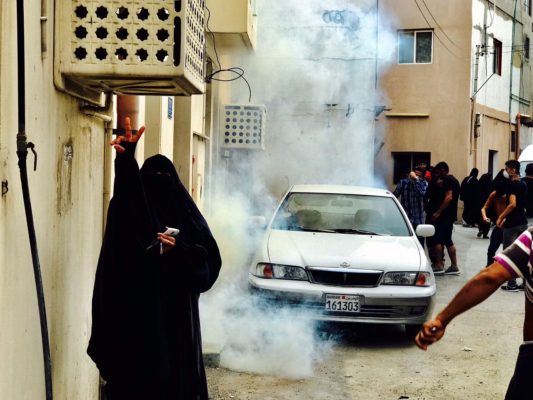 Mustafa Hamdan died on 24 March at Salmaniya Medical Complex, two months after masked, plainclothes security forces shot him in the head with live ammunition from close range, rendering him comatose. Hamdan was 18 years old. Security forces shot Hamdan on 26 January as they attacked demonstrators at a peaceful sit-in in Diraz in the middle of the night. Though he was taken to the Bahrain International Hospital, the hospital refused to admit him. His brother took him to Salmaniya Hospital, where security forces awaited them. Because he did not receive the care he needed, he died after falling into a coma. The police’s actions amount to an extrajudicial killing due to their excessive use of force against peaceful demonstrators without trial, judge, or jury. The Bahraini government has neither admitted responsibility, nor initiated an investigation to hold the perpetrators of his shooting accountable. 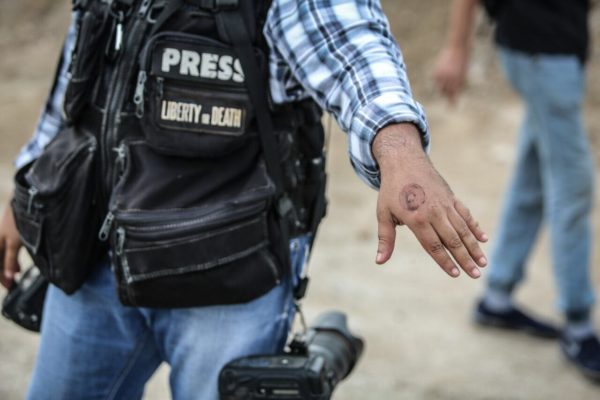 Hamdan’s funeral was held over the weekend of 25 March and attended by thousands of people. Security forces attacked the funeral, firing tear gas and birdshot pellets at the mourners. Among those hit by the police’s excessive use of force was Mazen Mahdi, a photojournalist. He was targeted with tear gas despite wearing a press vest. Police shot Mahdi with a tear gas canister that hit him on his hand. Witnesses report that a security force-fired tear gas canister was shot into crowd of mourners and caused a woman to faint from excessive tear gas inhalation. Another mourner sustained an eye injury.

Sayed Ahmed Alwadei, Director of Advocacy, BIRD: “The fact that the security forces attacked the funeral march of a man they killed shows how deep the culture of impunity goes in Bahrain. Mustafa Hamdan’s death is a call to action for the international community, especially Bahrain’s allies in London and Washington, to hold Bahrain accountable.”

Said Yousif Al-Muhafdha, Vice-President, BCHR: “The failure of the Bahraini authorities to open an investigation into the shooting of demonstrator Mustafa Hamdan and punish the culprit contributes greatly to the spread of impunity in Bahrain and protects the violators. We note the utter disregard for a crime of this magnitude, despite the fact that 50 days have passed since the shooting, and the authorities have taken no steps to punish the perpetrators.”

Bahraini security forces have attacked funeral processions before. On 21 May 2014, security forces attacked the funeral procession of Ali Faisal al-Akrawi, killing 14-year-old Sayed Mahmood Mohsen Ahmed. BCHR documented that two officers shot Sayed Mahmood in the chest with shotguns from three meters away. Police officers surrounded him and continued to shoot him. A hospital pronounced him dead upon arrival. On 15 February 2011, police attacked the funeral of Ali Abdulhadi Mushaima, the first victim of the government’s violent suppression of the 2011 mass peaceful pro-democracy protests. During the attack, a police officer shot 32-year-old Fadhel Salman Matrook with a shotgun from several meters away, killing him.

Husain Abdulla, Executive Director, ADHRB: “The violence against the mourners that we saw over the weekend is appalling. We’ve seen time and time again that the Bahraini government refuses to allow peaceful expression in the country, even during a funeral procession. The government must cease the continued perpetuation of state violence and excessive use of force utilized against mourners and protesters in Bahrain.”

We, the undersigned organizations, condemn the Bahraini government’s ongoing use of excessive force against peaceful protesters and funeral processions. We are seriously concerned that the recent re-empowerment of the National Security Agency will lead to an increase in the government’s already over-militarized response to peaceful gatherings. We call on the Bahraini government to immediately cease attacking peaceful gatherings, respect funeral processions, and conduct a serious investigation into the use of excessive force against peaceful protesters. We also call on the government to invite the UN Special Rapporteur on extrajudicial, summary or arbitrary executions to visit the country and allow her unfettered access to all areas.