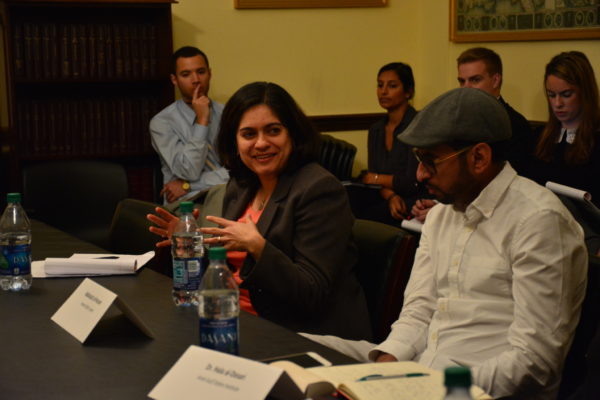 Dr. Mokhtari is a professor at the School of International Service at American University. She focuses her research and work on human rights and Middle East politics. She has an extensive background in human rights and women’s rights issues in the Middle East. Dr. Mokhtari began by raising the issue of the unfulfilled promises of democracy from the Arab region uprisings in 2011. However, despite the setbacks, one of the enduring effects of the uprisings has been the awakening of civil society in the region, which has not gone away. Civil society activism, despite however much it may be repressed, has remained a lasting success of the Arab Spring. Dr. Mokhtari gave brief introductions of each of the panelists. Leah Schulz is an Advocacy Fellow at ADHRB. Her portfolio at the organization has focused on the restriction of civil society space in Saudi Arabia and ways in which the United States government can work to counter extremist narratives coming out of Saudi Arabia. Dr. al-Dosari is Saudi activist who focuses her work on gender identity. She advocates for women’s rights in the Kingdom, and much of her work deals with the guardianship system in Saudi Arabia. Dr. al-Dosari currently works at the Arab Gulf States Institute. Al-Hussan is a human rights lawyer and representative for Saudi victims of human rights violations. He represented the two prominent Saudi Civil and Political Rights Association (ACPRA) founders during their trial proceedings. 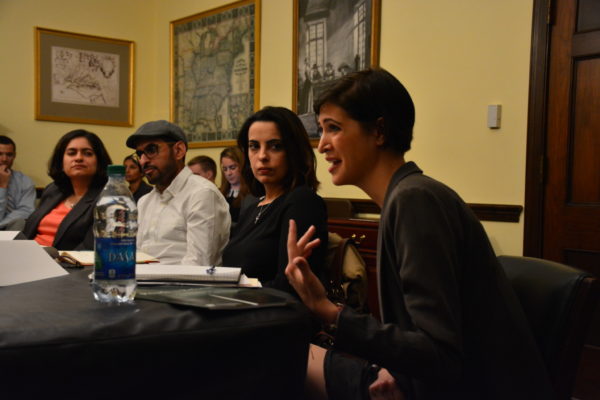 Schulz started by thanking her fellow panelists and Rep. Hank Johnson for their support in this briefing. This month, March 2017, it has been four years since the Government of Saudi Arabia closed ACPRA. Thus, ADHRB is releasing Roads to Reform: The Enduring Work of the Saudi Association for Civil and Political Rights. This report seeks to highlight Saudi civil society through the lens of ACPRA’s founding and the challenges it has faces to promote human rights in the country. Several of the members of ACPRA faces charges, including allegedly “breaking allegiance to ruler” and “inciting public opinions against the government,” among a number of others. ADHRB sees the crackdown on ACPRA as representative of the broader campaign by the Saudi government to stifle any form of peaceful dissent. Using broad legislation, like cybercrime and anti-terror laws, the Saudi government tries human rights and civil society activists for their work. For example, the Government of Saudi Arabia expanded cybercrime laws to restrict free speech on social media. This legislation made it easier for Saudi Arabia to close space for civil society, specifically by closing down ACPRA and sentencing the leaders to lengthy prison terms. The US Ambassador to the United Nations stated that the international community can stop terrorist recruitment by countering violent extremism through supporting civil society. Supporting civil society groups similar to ACPRA would help in countering such extremism by ensuring peaceful avenues of dissent for Saudis. US policymakers should work to enhance promotion of civil society in Saudi Arabia, as it would work to further support stability in the country. 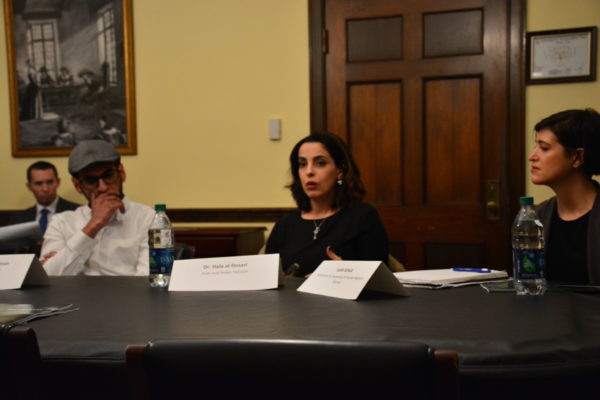 Dr. al-Dosari continued the discussion next. She noted that the closure of ACPRA is just a symptom of the larger problem in Saudi Arabia. Saudi society must have their own voices and needs heard by the Saudi government. How can the people be expected to work for the good of Saudi society when individuals are charged and sentenced for simply voicing their opinions? Dr. al-Dosari cited the examples of individuals being charged for drawing caricatures, making comments on social media, etc. Regardless of human rights issues, which see little possibility of gaining positive ground under current conditions in the country, the economy and stability of Saudi Arabia cannot improve if the people are not allowed to peacefully participate freely in society. The Saudi cybercrime law has been used to further prosecute any and all individuals who turn to social media – one of the last remaining avenues to express dissent. Additionally, unemployment is large problem now in Saudi Arabia and has contributed to civil instability. This issue will only add to resentment and public dissent, and the problem will fall largely on the female population. Women are inherently targeted under the male guardianship system, as they often cannot work and earn their own living. Women will continue to suffer if they are forced to be dependent upon others who, now, are experiencing problems in society like rising unemployment. Dr. al-Dosari ended her remarks focusing on what role allies of Saudi Arabia, like the US, should be taking to encourage civil society reform. She noted it is key that when public, powerful voices within allied communities call for inclusion, they should follow through with action. If the US is calling for the same things that Saudi communities are also calling for, political representation and human rights,  it is important for government officials to raise public concern and condemnation as we see Saudi Arabia continue to close space for civil society. 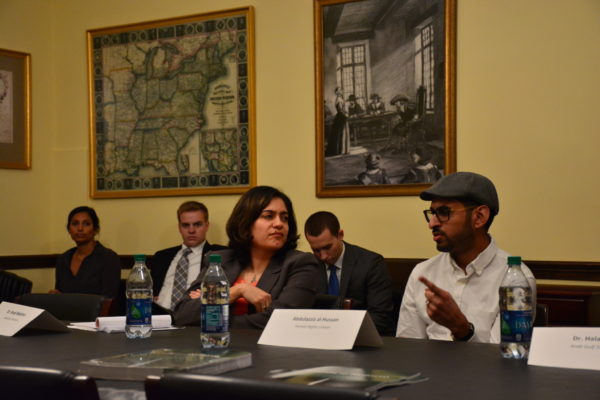 Mr. al-Hussan was the final speaker to present at the briefing. He noted noted that Saudi Arabia is an absolute monarchy, and it is the Royal court is that decides how to implement laws. Judges historically refer to the royal family when hearing cases, and thus there is no judicial independence. Mr. al-Hussan commented that he believes the Saudi royal family implements “soft oppression.” He claimed that, unlike other governments around the world where we see bloodshed as a common aspect of society, the Saudi royal family commands a type of control over society that does always accompany violence. Beginning in the 1990s, Saudi society saw increased widespread movements from both liberal and conservative sectors of the political and social thought. The Saudi government announced the formation of the Shura council, which has no legislative power and serves as an advisory body. What makes civil society organizations so important are steps like what ACPRA took starting in 2009. The organization started to go to the streets and publicly call for a Constitutional monarchy, which would provide for accountability, transparency, and respect for human rights in Saudi Arabia. ACPRA was successful in promoting these ideas. Despite the closure of the organization, people still continue to support the mission statement of ACPRA. Al-Hussan noted that if the Saudi government continues denying basic rights to its citizens, society will never improve. He said that Saudi society is starting to turn away from completely defending the interests of the Royal family. For Western governments like the US, policymakers should follow through with their comments and calls for democracy around the world. Many governments claim they support human rights, yet do not always follow through in actions that would support protection for human rights abroad.

During a brief discussion session, panelists and briefing attendees spoke about the role that US citizens and policymakers can take in supporting civil society space in Saudi Arabia. The vacuum of civil society space in Saudi Arabia unfortunately continues to expand. Mr. Mohammed al-Nimr, an attendee at the briefing, noted that US citizens should continue to push their representatives to make ethical foreign policy decisions the promote democracy and human rights in Saudi Arabia. Saudi citizens are “thirsty for democracy” and often look to governments like the US to support them in achieving this goal. When they see support for a Saudi government that continues to deny citizens basic rights, the population may not necessarily feel that the US is supporting their dreams of achieving democracy. Schulz added to the discussion by raising the fact that the US can support Saudi civil society and human rights by applying public international pressure. We’ve seen this work, for instance instance, in individual cases. International governments and human rights organizations publicly condemned the first instance of flogging of imprisoned human rights activists Raif Badawi; since then, the floggings have not yet started again. Additionally, Dr. al-Dosari noted that it is important countries like the US note true instances of rights reform in Saudi Arabia. Many believe that the recent elections in the country that saw some women elected to government positions was not true reform. Indeed, Dr. al-Dosari said many of these women have no real power in government and some are no longer even in their positions anymore. Thus, it is important that the US focus its efforts in helping to promote true reform, which would be Saudi support in opening up civil society space and organizations like ACPRA.