Today, a coalition of five human rights organizations expressed grave concern over the lack of due process rights and inhumane treatment of Khalil Al-Halwachi, a Bahraini scholar of engineering and an activist, who has been convicted and sentenced to ten years in prison on charges that apparently stem from peaceful expressive and associative activity. See the full text of the statement below. 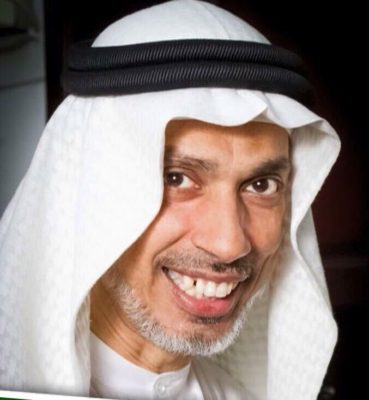 We, the undersigned organizations, urge the Bahraini authorities to unconditionally release Professor Al-Halwachi and drop any charges against him. Pending this, we call on authorities to ensure appropriate medical care, humane treatment, and due process rights throughout his appeal proceedings.

On September 3, 2014, Bahraini security forces raided Professor Al-Halwachi’s home, arrested him, and took him to the Criminal Investigations Directorate (CID), where he was interrogated regarding his previous political affiliations. During these interrogations, CID officials reportedly tortured and coerced him into providing a false confession. Professor Al-Halwachi was held in pre-trial detention at Dry Dock Detention Center until his first hearing on March 22, 2015. Professor Al-Halwachi refused to attend the hearing in protest; however, despite his absence, the court proceeded in charging him with alleged possession of a weapon, which relates to a weapon that authorities allegedly found during the September 2016 raid on his home. Professor Al-Halwachi has refuted the allegation, and has claimed that the evidence was fabricated. A second charge of “insulting the judiciary” was also brought against him in connection with due process concerns he raised during a May 2016 court hearing. Professor Al-Halwachi has experienced more than 20 trial postponements and has been denied regular access to his lawyer throughout court proceedings.

On March 23, 2017, Bahrain’s Fifth High Criminal Court convicted Professor Al-Halwachi on the above charges and sentenced him to ten years in prison. The undersigned organizations are deeply concerned by the verdict ruling; the arbitrary and apparently retaliatory nature of the charges in response to Professor Al-Halwachi’s peaceful exercise of the rights to freedom of expression and association; as well as the apparent lack of due process.

Following the verdict ruling, Professor Al-Halwachi was taken to Jau Prison where he continues to be denied medication and access to proper medical treatment despite experiencing several increasing medical complications, including from a stroke he suffered in September 2016, blood clots, and, more recently, a hernia. In addition to reports of inappropriate access to medical care at Jau Prison, Professor Al-Halwachi has been intermittently held in solitary confinement, and has reported overcrowding, unsanitary conditions, the deprivation of clothing suitable for the prison’s low temperatures, and other forms of ill-treatment.

In response to the conviction and sentencing, Fatima Al-Halwachi, the daughter of Khalil Al-Halwachi and the Deputy-Chairman of the European-Bahraini Organisation for Human Rights (EBOHR), has commented, “59 years old, 994 days imprisoned, 24 trials, planted evidence, and no connection whatsoever to the case. Yet, he was sentenced to 10 years. Why? For political and sectarian reasons, and to silence those who choose and have the potential to speak up for human rights and democracy in Bahrain. The government feared my father because he was a good teacher beloved by everyone he taught. Free my father—he’s done nothing but good for his community.”

Absent any information that may clarify these events or our understanding, the facts as described above suggest that Professor Al-Halwachi was convicted and sentenced as a result of nonviolent expressive and associative activity, and has suffered violations of his right to due process, fair trial, humane treatment, and medical care – conduct and rights that are expressly protected under international human rights instruments including the Universal Declaration of Human Rights and the International Covenant on Civil and Political Rights, to which Bahrain is party. This raises not only serious concerns for Professor Al-Halwachi’s well-being, but for the ability of scholars, activists, and other members of civil society in Bahrain to exercise their rights to freedom of expression and association.

Accordingly, we, the undersigned human rights organizations respectfully urge the Bahraini authorities to: