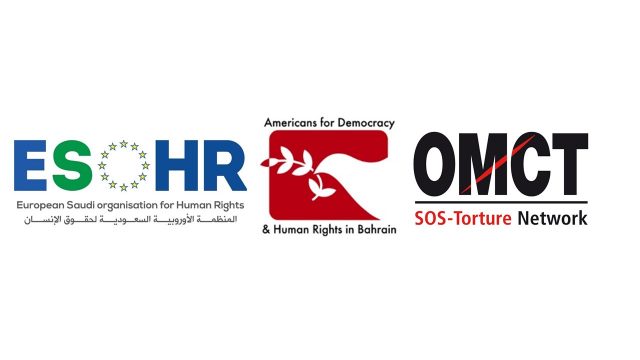 28 November 2018 – ESOHR, ADHRB and OMCT are concerned over the imminent execution in Saudi Arabia of 15 individuals and call on the government to annul their death sentences.

On 1 November 2018, the case of 12 men convicted of spying for Iran and spreading the Shia faith, including that of Abbas Al-Hassan, was transferred to the Presidency of the State Security (PSS) by Royal Decree, indicating what may be their imminent execution, despite concerns about the fairness of their trials by the international community and the United Nations. The PSS was established by royal decree in mid-2017, with the intelligence and security capabilities previously held by the Ministry of Interior and directly overseen by the King. With the ratification of the King, this case will mark the first death penalty case to come before this body.

During trial, which was held in breach of basic fair trial rights, a number of the defendants confirmed before the judge that during interrogation they had been subjected to torture to extract confessions. In spite of this, their sentences were based on evidence obtained under these conditions. Those arrested and tried additionally indicated that they were denied access to legal representation during questioning, and that their lawyers were not allotted sufficient time to adequately present a proper defense. Moreover, a number of the charges that the defendants faced did not constitute crimes under international law, including dissemination of the Shia faith.

In a separate case, according to sources close to the families, three other young men sentenced to death were transferred to Riyadh on 7 November 2018. This included Mustafa al-Khayat, convicted on charges such as participating in demonstrations, disrupting security, and carrying weapons. Although their location is currently unknown, it is believed that these individuals were transferred to Haer prison days after an exceptional visit from their families. The move bears concerning similarities to executions that occurred in July 2017, when four prisoners were moved to the capital to enforce their death sentences. Similar steps were also taken in the case of Sheikh Nimr, executed in 2016.

The Saudi government’s record of unfair trials and executions have previously attracted the attention of UN human rights experts, who have issued repeated urgent appeals urging the Kingdom to ensure fair trial rights and to halt the execution of prisoners accused of espionage for Iran as well as death sentences on children. The UN Committee against Torture had also raised these concerns in their recommendations to Saudi Arabia during the country’s review in 2016.

Given the recent measures taken by the Saudi government to refer the 12 men’s case to the PSS and to relocate the prisoners to Haer prison as well as the Kingdom’s poor human rights track record, we express serious concerns for the safety and physical and mental integrity of the 15 individuals, who may be executed at any time without their families being notified.

We call for the Saudi government to comply with its obligations under international human rights law, including the Convention against Torture, halt the executions of the 15 men and annul their death sentences. We also call for any re-trial to be conducted in accordance with international law and standards in order to ensure that fair trial rights are respected.