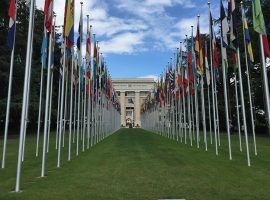 10 December 2019 – Today is Human Rights Day, commemorating the anniversary of the adoption of the Universal Declaration of Human Rights (UDHR). In honor of this occasion, Americans for Democracy & Human Rights in Bahrain (ADHRB) reiterates our call for all governments around the world to protect and promote fundamental […]

5 December 2019 – On 30 November, Portuguese Members of Parliament (MP) Alexandra Vieira and Pedro Filipe Soares, members of the Bloco de Esquerda (BE) party, tabled two questions to the Ministry of Foreign Affairs in the Assembly of the Republic. MPs Vieira and Soares asked the Ministry to explain […] 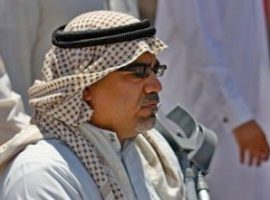 May 9, 2019 Bahrain, Profiles in Persecution

Dr. AbdulJalil AlSingace was a Bahraini academic, human rights activist, and blogger until 2011, when he was detained for his participation in protests. He is one of the “Bahrain Thirteen,” a group of 13 political leaders who were arrested for their role in the 2011 pro-democracy movement in Bahrain. Dr. […] 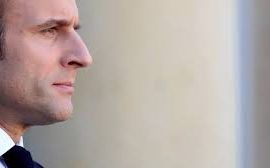 29 April 2019 – Today, Americans for Democracy & Human Rights in Bahrain (ADHRB) sent a letter to President Emmanuel Macron ahead of Macron’s meeting with Bahrain’s King Hamad bin Isa AlKhalifa on Tuesday 30 April 2019. In our letter, we urge Macron to have a frank conversation with King […] 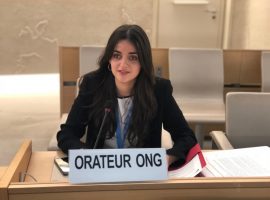 13 March 2019 – Today, Clara Sanchez Lopez delivered an oral intervention on behalf of Americans for Democracy & Human Rights in Bahrain (ADHRB) during the Agenda Item 4 General Debate at the 40th session of the United Nations Human Rights Council in Geneva. In her intervention, Lopez called attention […]