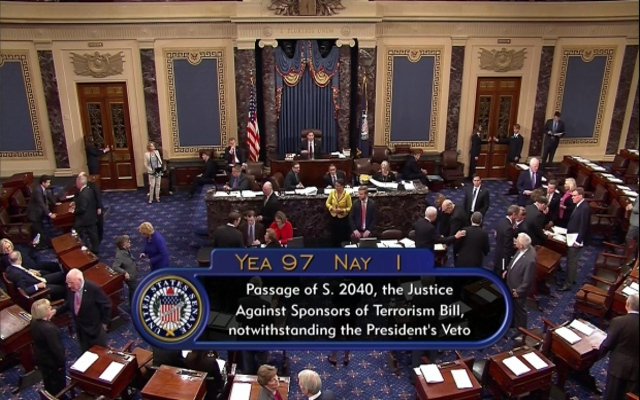 29 September 2016 – Yesterday, Congress voted to override President Obama’s veto of the Justice Against Sponsors of Terrorism Act (JASTA). The JASTA bill would allow victims of terrorism to sue foreign governments for any complicity and support of terrorism in US courts. Both the House of Representatives and the Senate overrode the veto by[…]