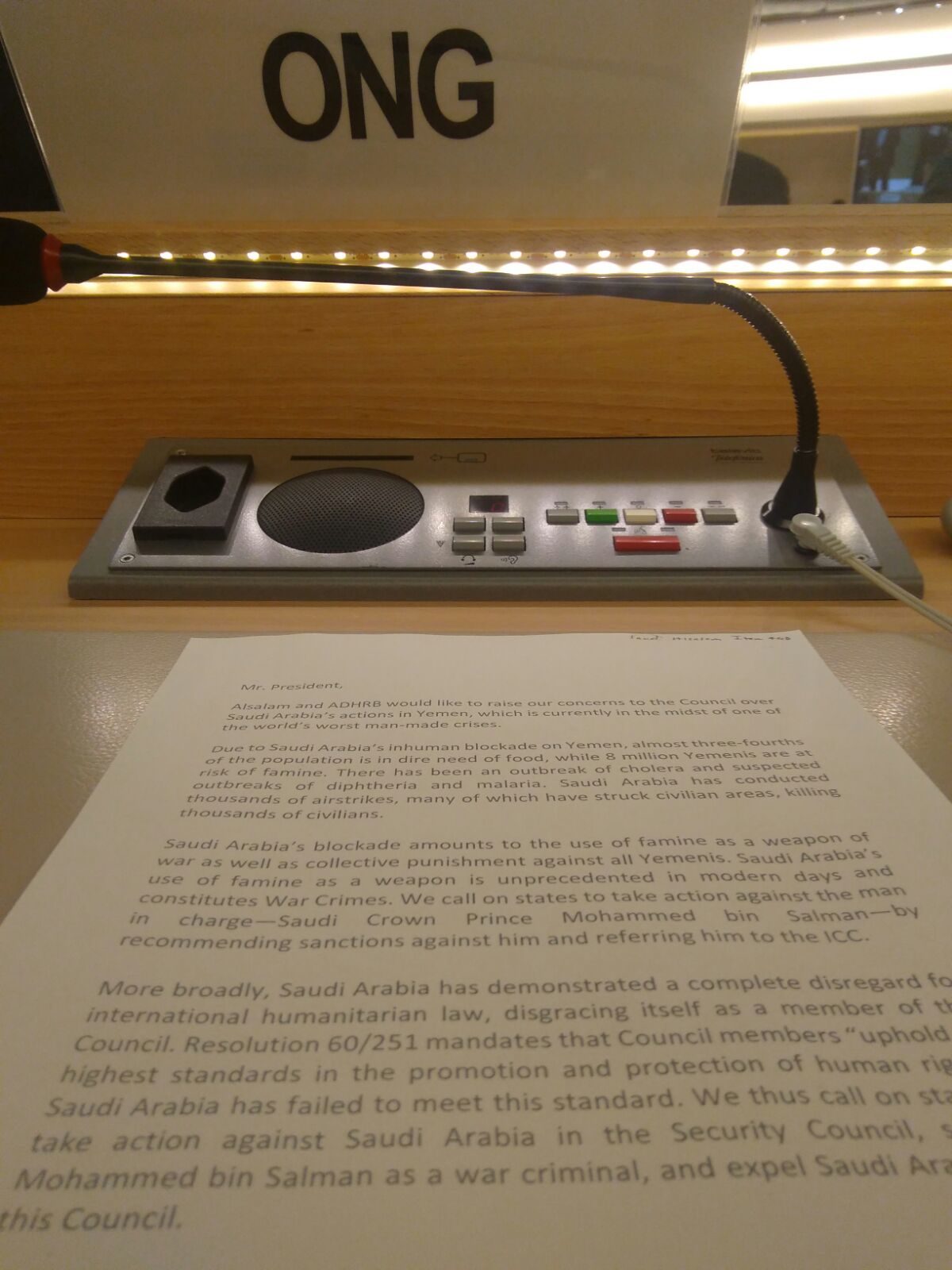 On Tuesday 20 March, during the Item 9 General Debate at the UN Human Rights Council, ADHRB’s Saudi Arabia Advocacy Associate delivered an oral intervention on the Durban Declaration and Programme of Action and Saudi Arabia’s discrimination against its religious minorities, in particular its Shia population. The Associate also raised the issue that of the[…]