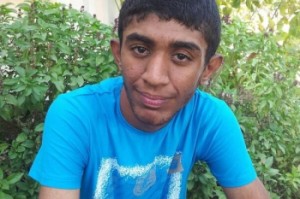 Americans for Democracy and Human Rights in Bahrain (ADHRB) has received news that Jassim al-Banna, a Bahraini high school student with special needs who was arrested in January, has been released from prison after three months in detention. We applaud al-Banna’s release to the custody of his parents where he may have direct access to the medical care he requires while he awaits trial.

Jassim al-Banna suffers from Marfan Syndrome, a potentially life-threatening genetic disorder that affects the body’s connective tissue. For Jassim, the disorder has resulted in a congenital heart defect that prevents him from participating in any strenuous activity, as well as impaired vision and hearing.

ADHRB reiterates its call for all politically motivated charges against Jassim to be dropped and expresses concern that, in the event of a conviction, Jassim will once again be denied access to adequate medical care and treatment for his condition in prison.

Jassim’s trial has been scheduled for the end of next month; the date is still pending.