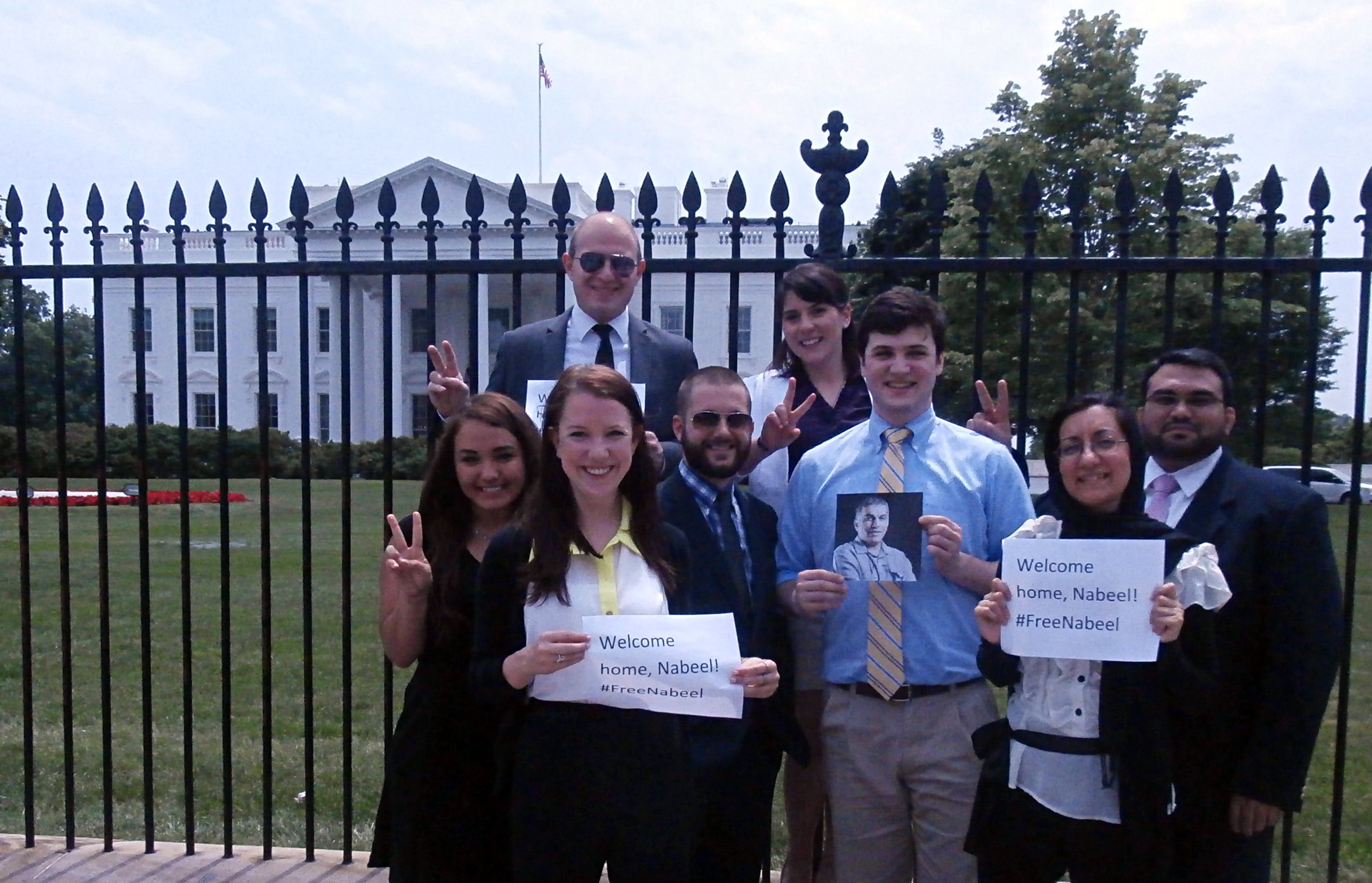 Following his release, Rajab, head of the Bahrain Center for Human Rights, called for a “genuine dialogue between the ruling family and the representatives of the people, and their Bahraini opposition.”

United States Congressman Jim McGovern (D-MA) released a statement regarding the release of Rajab. “I hope that the government of Bahrain will ensure that Mr. Rajab can travel freely and safely, both within the country and internationally, and that he will be allowed to continue his peaceful human rights work unimpeded,” Representative McGovern said.

Commentary on Bahrain
A Tangled Web of Gulf Politics

Hanging Out At “This is Bahrain”

A Call for Asylum for Bahraini Youngster

Bahrain: Between Backers and Brotherhood

Children as Young as 11 Detained

Nabeel Rajab to be Released from Prison

Prize to Bahrain PM an Insult to Women in Bahrain