Freedom House today released their Freedom in the World Report 2015, downgrading Bahrain on their political rights to the lowest possible rating and continuing to list the country as “Not Free.” Freedom House highlighted the rating decline noting failings in the 2014 legislative elections in November and the refusal to address issues raised by the Shia majority, including gerrymandering for unfair representation. Political rights were rated the lowest score of 7, and Civil liberties were rated the second lowest score of 6.

Now over four years removed from the massive protest movement that resulted in a brutal crackdown by Bahrain and other GCC states, Bahrain in 2014 continued to sideline opposition and crack down on political dissent. Many prominent human rights defenders and political leaders were arrested and charged in 2014. Nabeel Rajab, co-founder of the Bahrain Center for Human Rights, was arrested in October for a tweet criticizing Bahrain’s Ministry of Interior, and was sentenced to six months. Maryam al-Khawaja was sentenced to a year in prison in absentia and her sister Zainab al-Khawaja was sentenced to three years for tearing up a picture of the King, and an additional 16 months for insulting a public official.

People struggling for peaceful political reform in the government have also been targeted. In November, 12 women were arrested and charged for simply organizing a public referendum. Finally, in December, Secretary General of Al-Wefaq Sheikh Ali Salman was arrested and charged with “promoting the overthrow and change of the political regime by force,” and has had his trial postponed several times while he remains in prison. Bahrain suspended Al Wefaq, the leading Shia opposition party, for three months in October, and has threatened to suspend Waad, the largest secular opposition group. By threatening to disband and suspending its opposition, Bahrain’s dismal rating on political rights in Freedom House’s report is no surprise.

Bahrain continues to repress and punish all forms of dissent, further alienating its majority Shia opposition. As the Bahraini government extols its own human rights stances, the reality on the ground reveals an entirely different story. 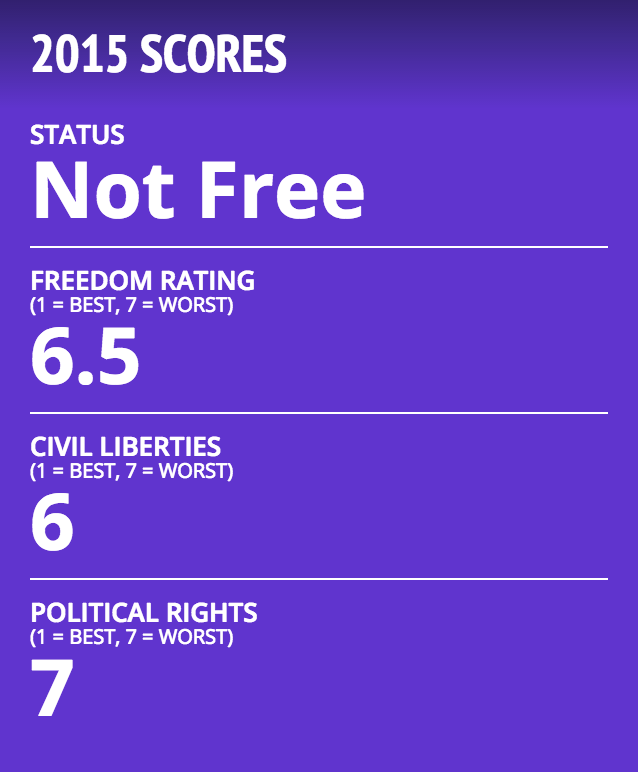