On September 9, 2015, Americans for Democracy & Human Rights in Bahrain (ADHRB) joined more than 100 multi-faith organizations and individual signatories in sending an urgent letter calling for the reauthorization of the United States Commission on International Religious Freedom (USCIRF) to leaders of the Senate Foreign Relations Committee (SFRC). The letter gathered the highest number of signatories in the history of the International Religious Freedom Roundtable, reflecting the depth and intensity of support for the important work of USCIRF. It requests SFRC leadership to facilitate the swift passage of S. 1798 before USCIRF’s funding expires on 30 September 2015.

The US Commission on International Religious Freedom Reauthorization Act of 2015 comes at a time when attacks on religious freedom are occurring with increasing frequency worldwide. According to the Pew Research Center’s 2013 study on global restrictions on religion, 77% of the world’s population live in countries with a high or very high overall level of restriction on religion. Extremist groups such as ISIL and Boko Haram continue to make headlines, but basic incidents of religious persecution resulting from government restrictions and social hostilities are the most predominant contributing factors to the worsening global environment for religious freedom.

The commission itself provides extensive research on global religious issues, producing an annual report on conditions of global religious persecution designed to advise the president and the State Department policymakers. USCIRF additionally acts on its research by providing policy recommendations, testifying before Congress, participating in briefings, and publishing public fact sheets. Commissioners travel around the world to collect firsthand evidence of religious persecution in order to provide actionable information for US policymakers.

The creation of USCIRF represents a high point for bipartisan unity in recent American legislative history. The International Religious Freedom Act (IRFA) of 1998 established USCIRF through a provision mandating the creation of an independent and bipartisan commission on religious freedom. When President Bill Clinton signed IRFA into law, it passed the Senate with a vote of 98-0 and the House with a vote of 375-41. Though partisan politics have plagued Washington in recent years, international religious freedom has always enjoyed far-reaching support.

SFRC Chairman Senator Bob Corker (R-TN) and Ranking Member Senator Ben Cardin (D-MD) must take the lead to ensure that this vital legislation passes by the September 30deadline so that USCIRF may continue its important work in protecting and promoting religious freedom. USCIRF provides timely and necessary support for those working to promote international religious freedom in an increasingly hostile global environment. The promotion of religious freedom remains one of the few policy goals that enjoys the broad support of the American people. To let the funding of this critical commission expire would do a disservice to both the national and international community.

To read the full letter, click here or continue reading. 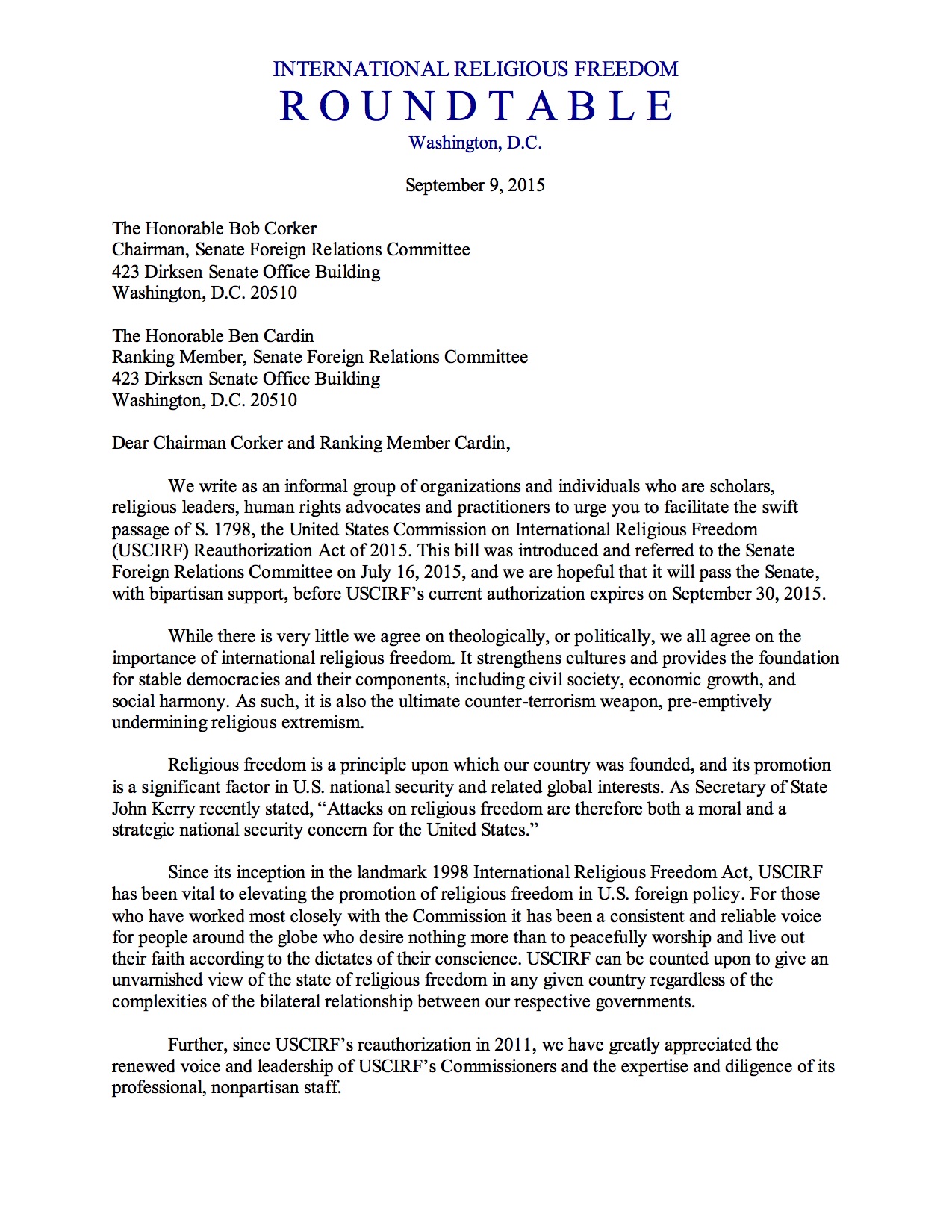 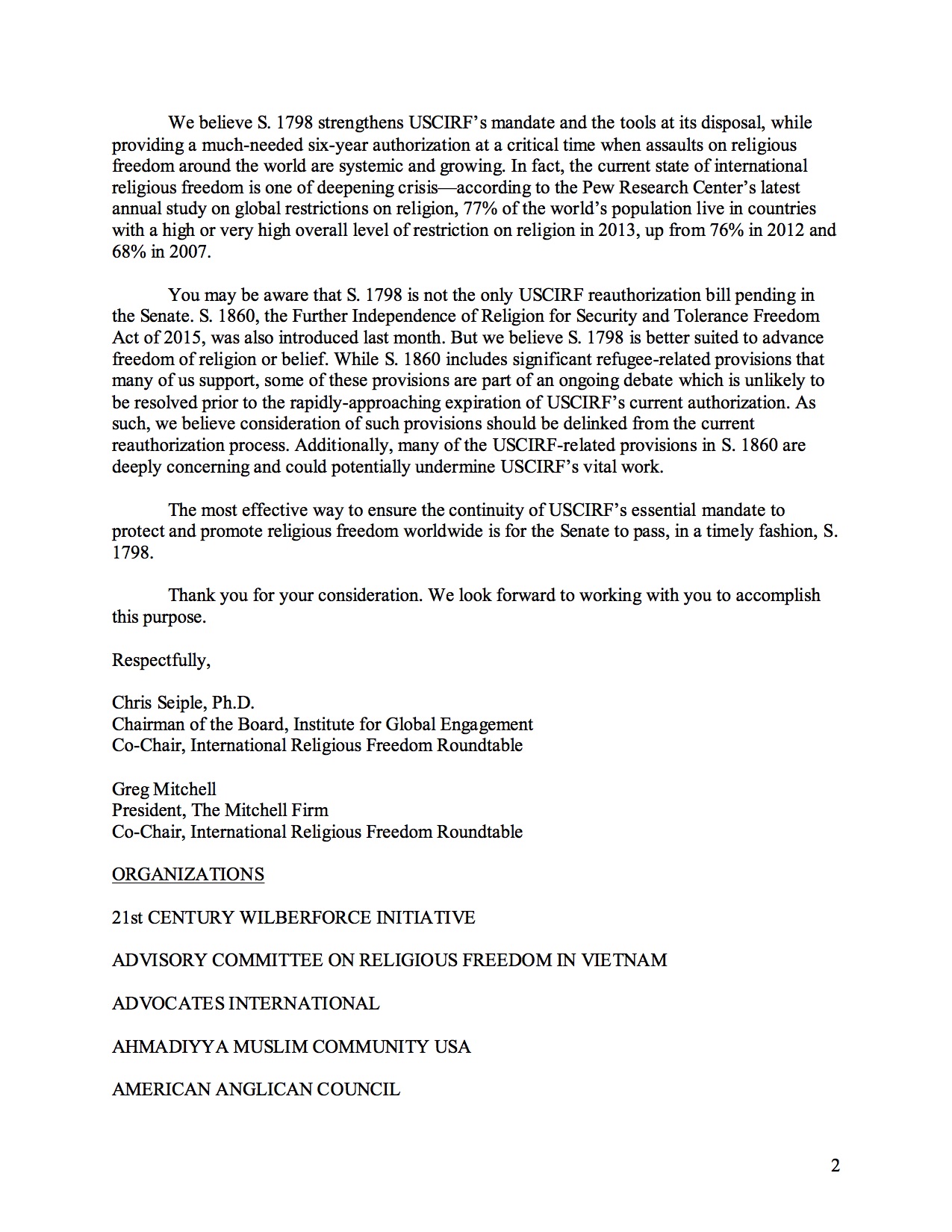 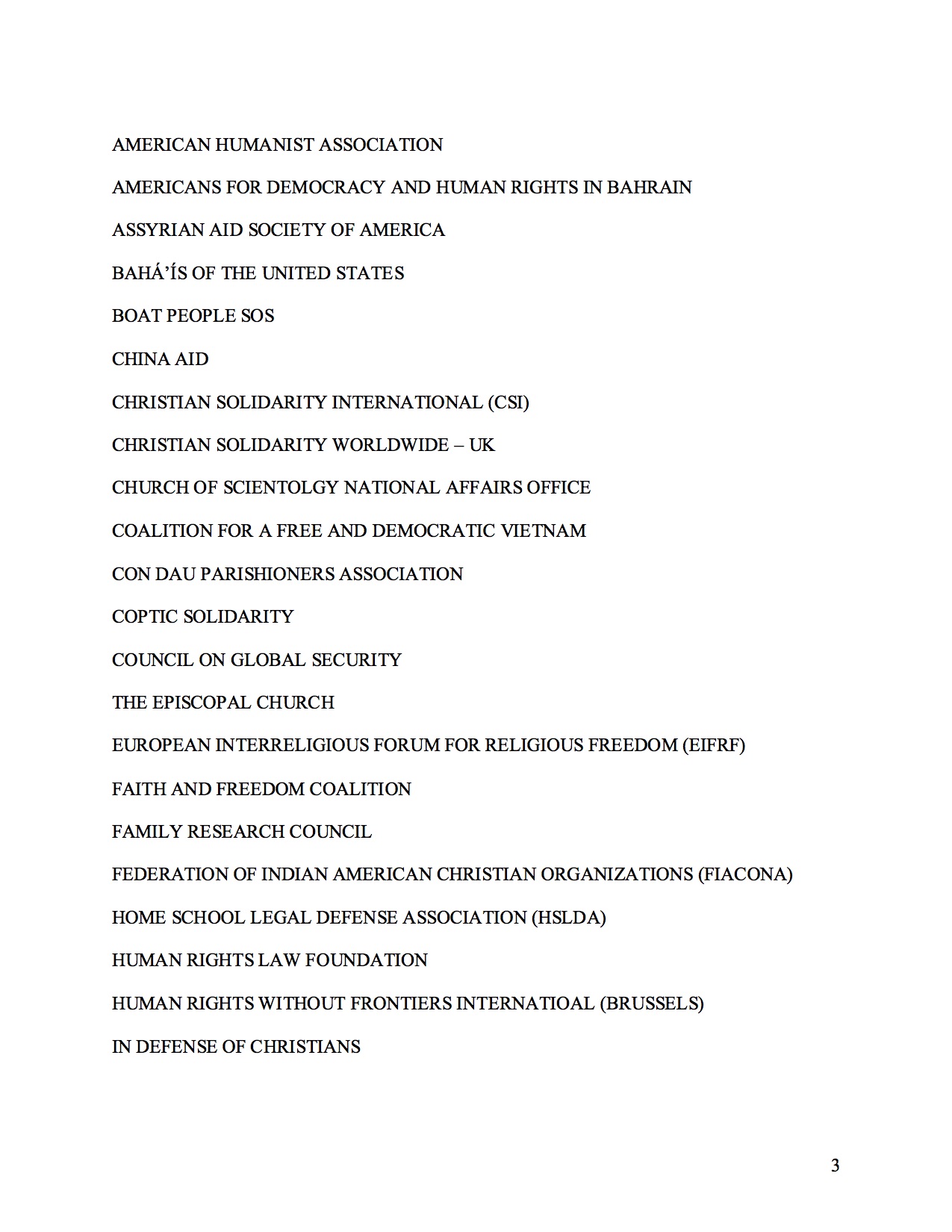 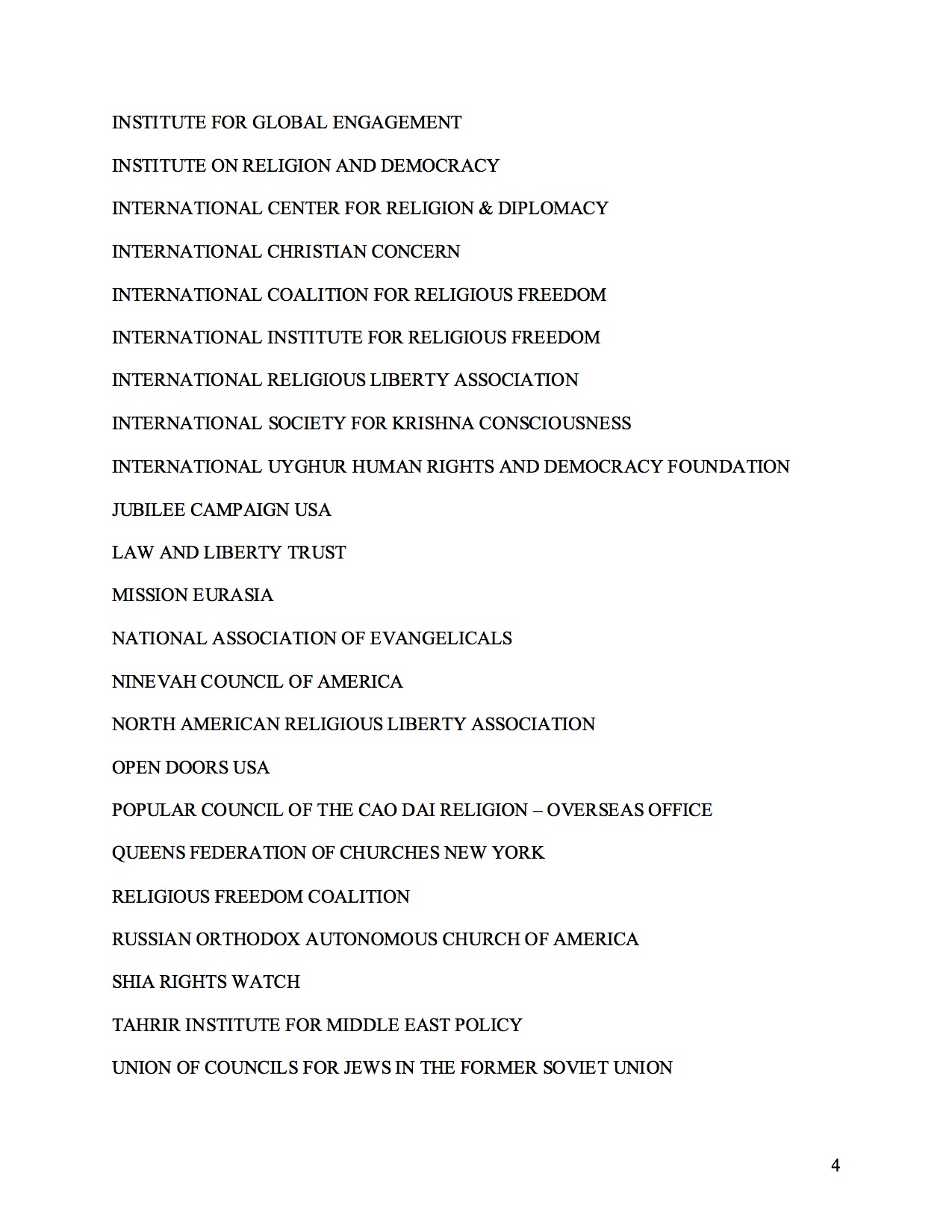 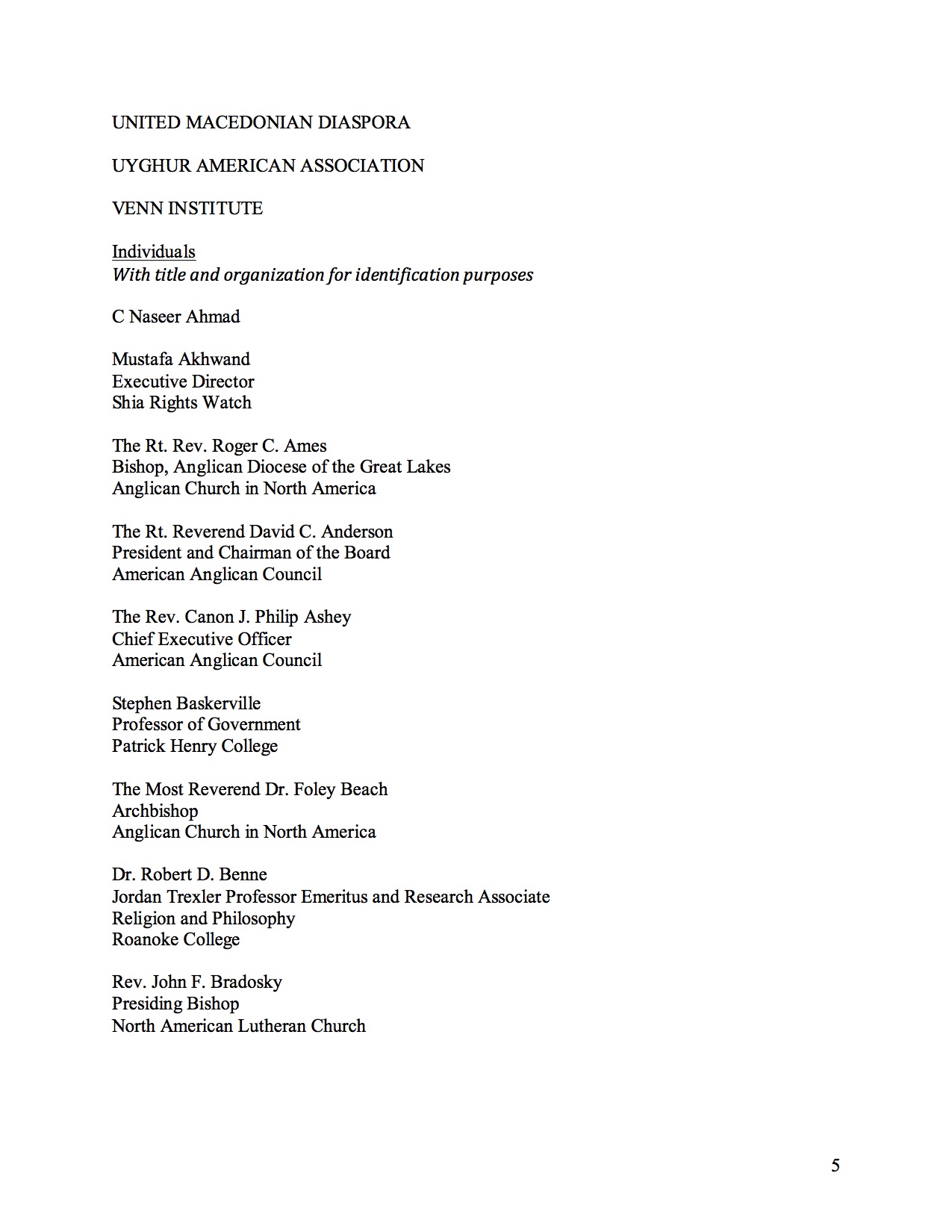 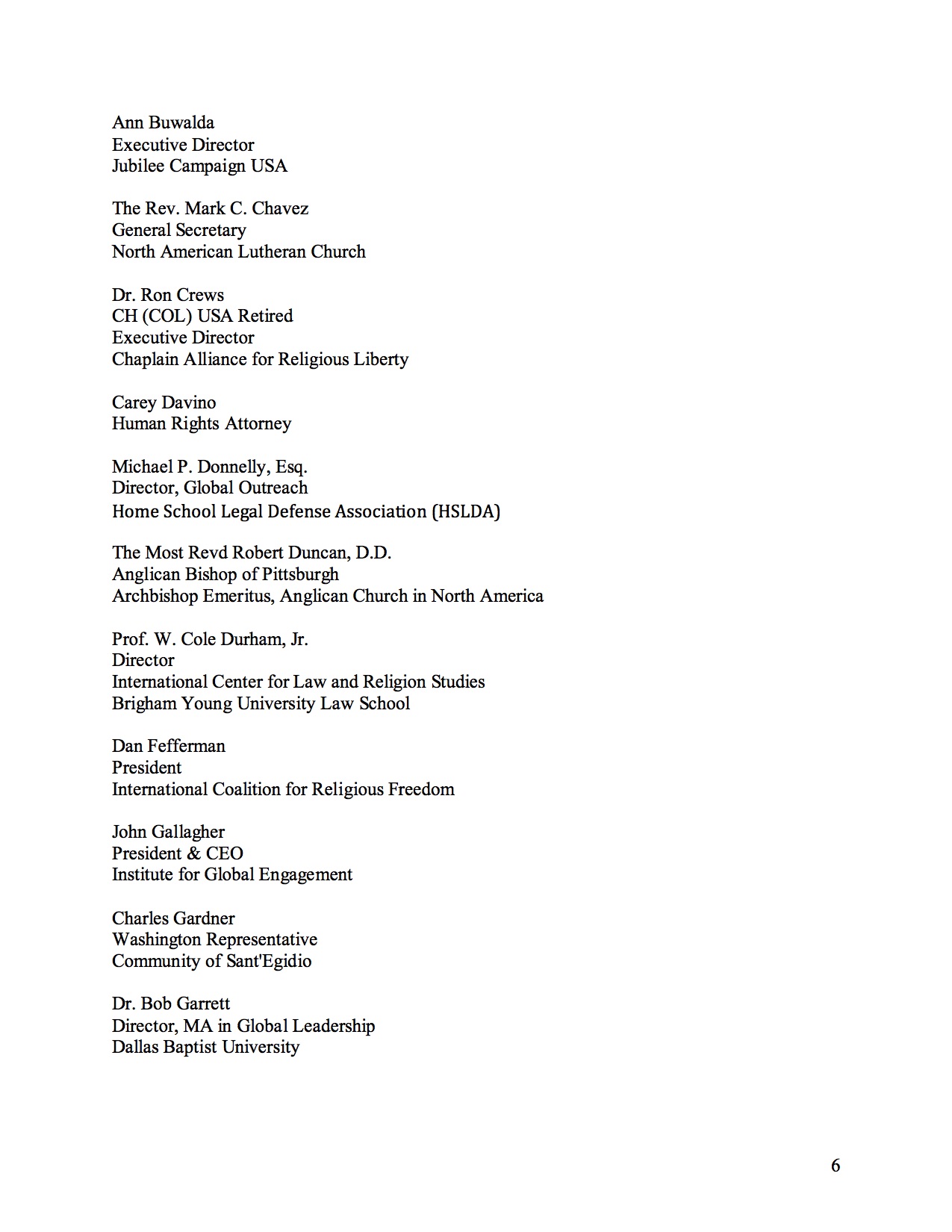 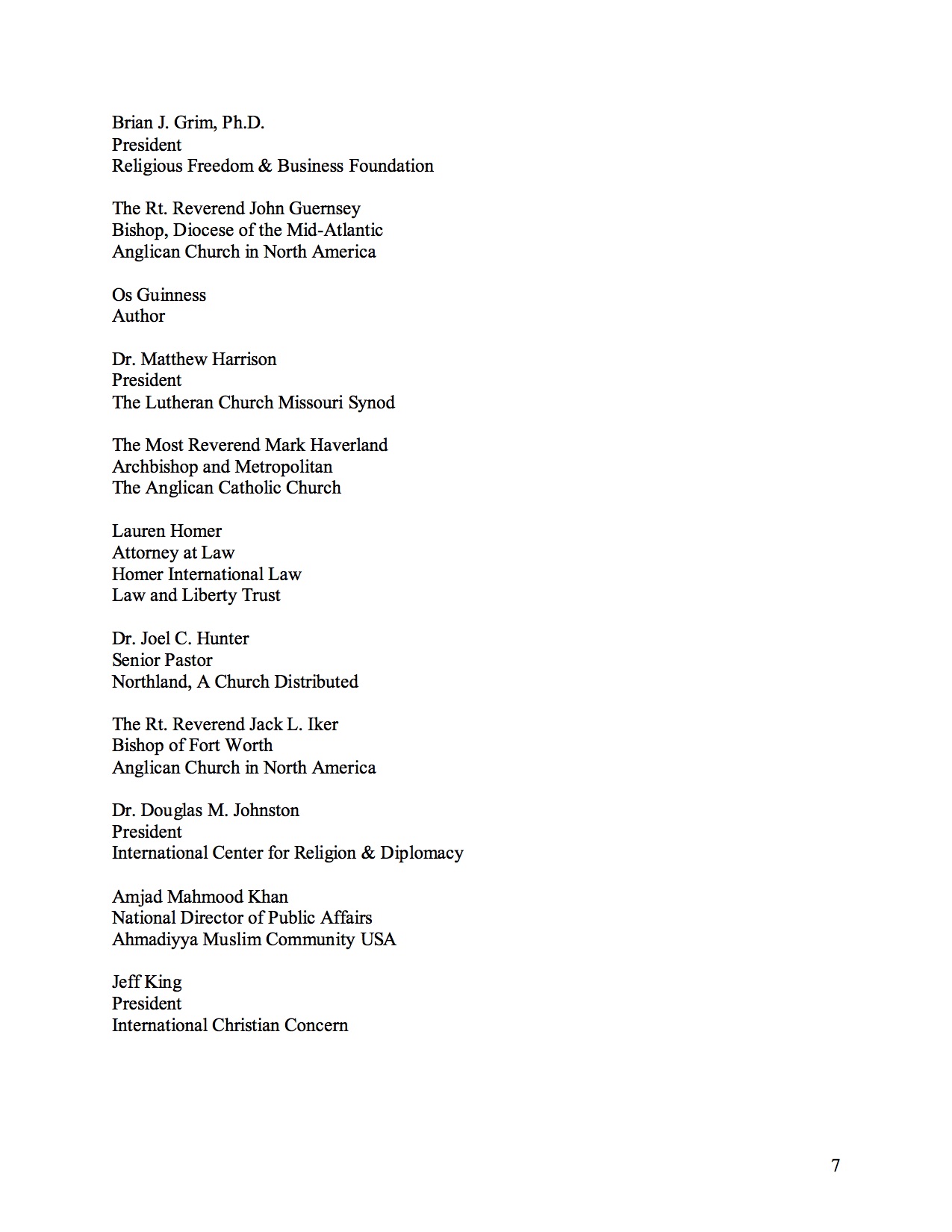 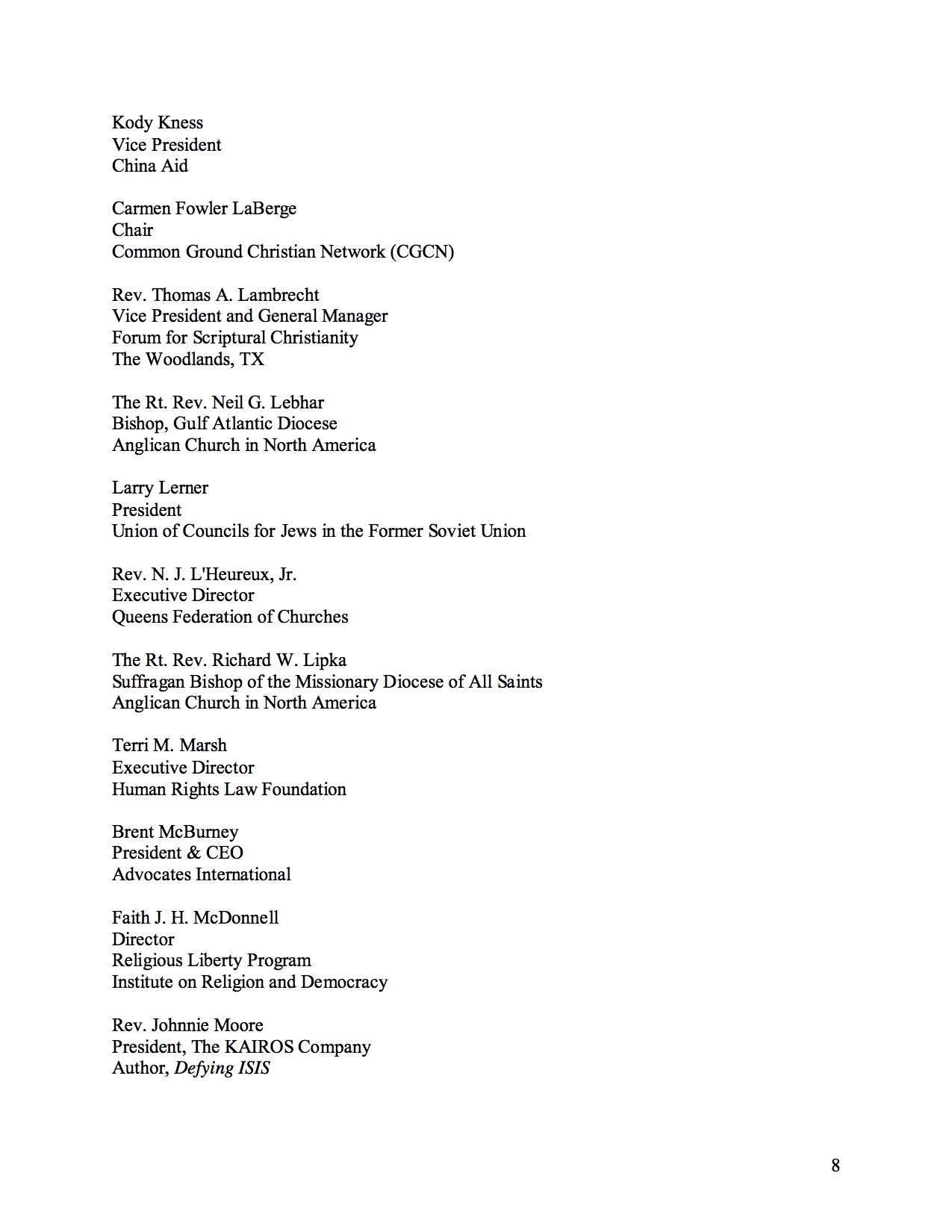 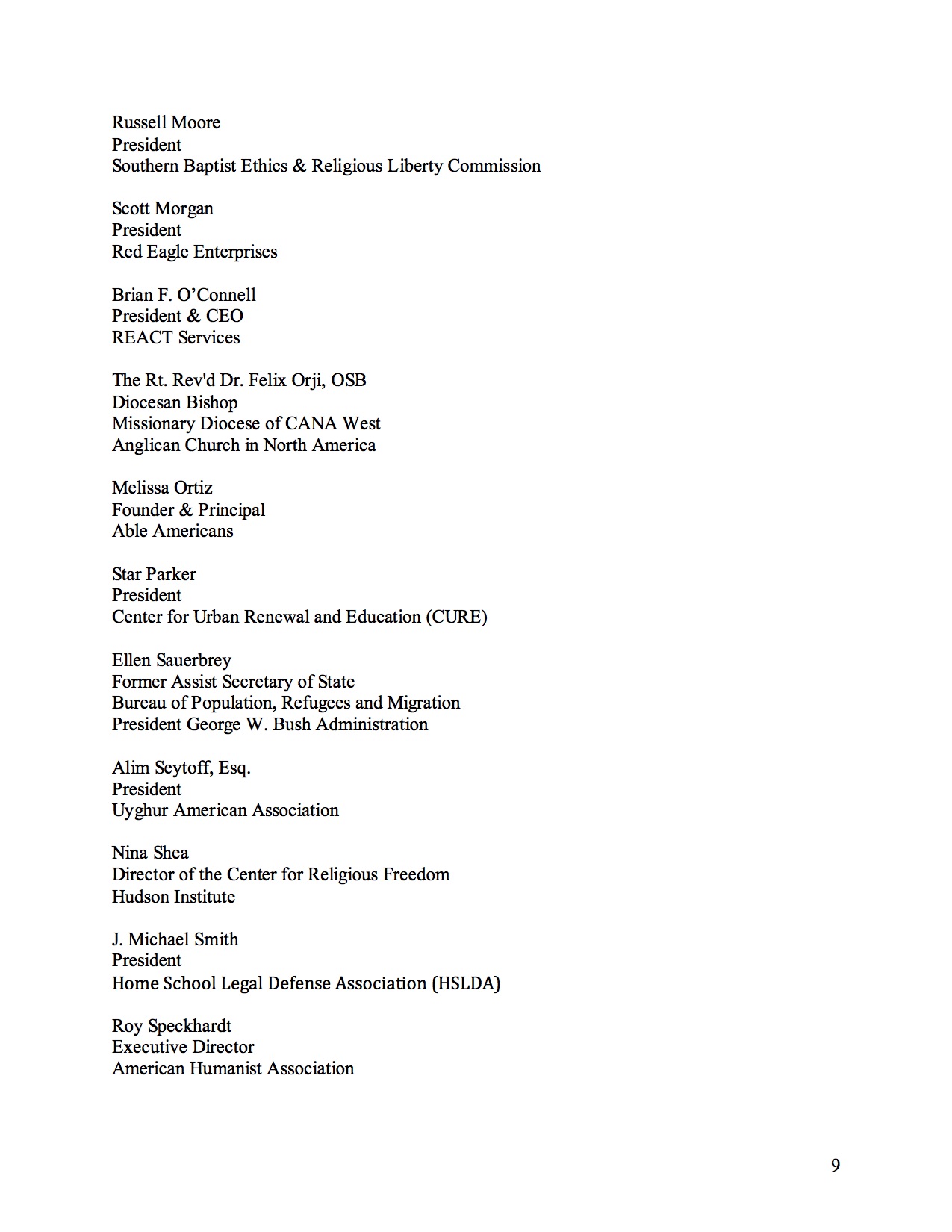 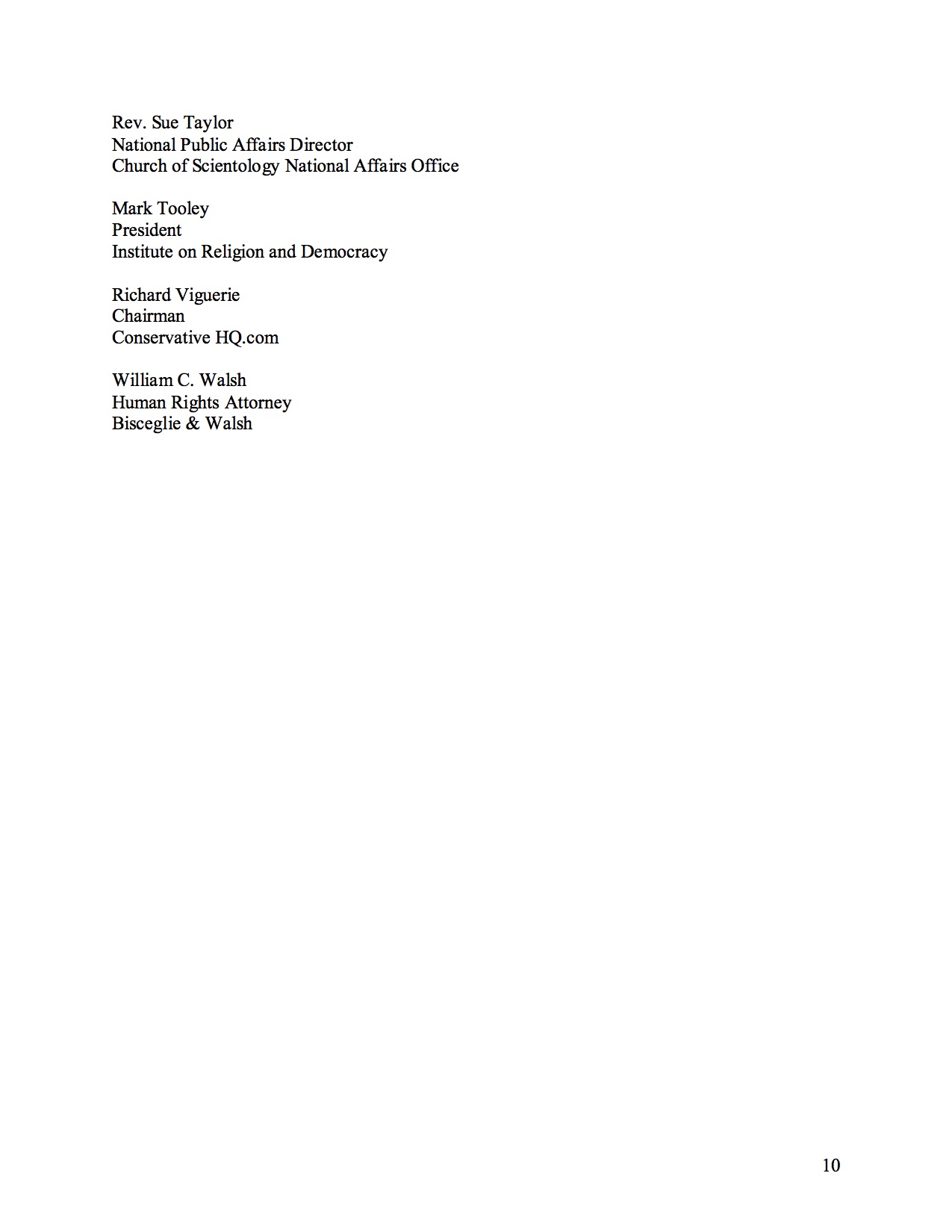