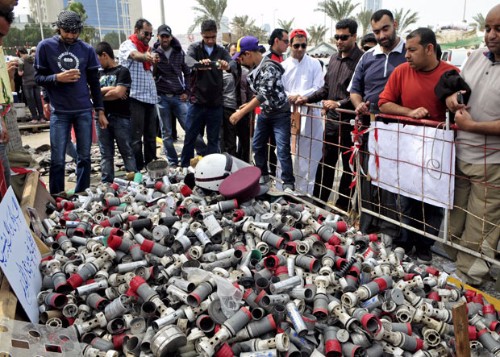 Last month, the Government of Brazil blocked an independent investigation of the Organization for Economic Cooperation and Development (OECD) into the ethicality of a Brazilian company’s tear gas exports to the Kingdom of Bahrain. The decision, made by the Brazilian Ministry of Foreign Affairs, came after Americans for Democracy & Human Rights in Bahrain (ADHRB) requested that Brazil’s National Contact Point of the OECD investigate the business relationship between Bahrain and Condor Non-Lethal Technologies. Tear gas manufactured by Condor first appeared in Bahrain as early as 2011, when the government used tear gas and other riot control weapons in the suppression of the peaceful protest movement that swept the country that year. Since then, the government has used tear gas to injure and even kill civilians, with Condor products linked to the asphyxiation death of a Bahraini citizen in his home.

Ronald Neumann, former US Ambassador to Bahrain, describes his impressions of the country’s political situation after returning from his first visit in two years. He notes that while the government has been able to suppress  large-scale demonstrations – resulting in a “superficially quieter” Bahrain – it has also managed to deepen the sectarian divide. The US, meanwhile, “continues to look confused about its purposes and its plans” in Bahrain. Read More

m Britain
A Bahraini court has sentenced human rights defender Hussain Jawad in absentia to two years in prison for “collecting funds without license.” The decision came down on 16 December, the day Bahrain officially celebrates the coronation of the late King Isa bin Salman Al Khalifa and the country’s independence from Britain. Ironically, that is where Jawad has applied for political asylum. He still faces three more pending cases in Bahrain. Read More 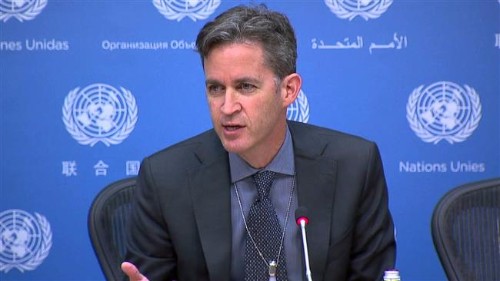 The United Nations Special Rapporteur on the right to freedom of opinion and expression, David Kaye, has expressed grave concern at the growing repression of free expression in Saudi Arabia. He noted a string of severe punishments against individuals for the holding and expressing of opinions, including human rights defenders and bloggers Raif Badawi and Mikhlif al Shammari, and the poet Ashraf Fayadh. “As the world struggles to fight terrible forms of violence, national authorities everywhere should avoid targeting freedom of expression, especially against those who advocate tolerance, respect, and human rights,” said Kaye.

Abdullah al-Zaher: Saudi Arabia is about to behead a teenage boy for attending a protest aged 15

Saudi Arabia is believed to be on the brink of executing a teenage boy who was arrested at the age of 15 for attending a protest. NGO Reprieve reported Abdullah al-Zaher, who is now 19, was the youngest in a group of juvenile offenders put on death row as part of a crackdown on political dissent in the kingdom. Read More

The Saudi Debacle in Yemen?

Hooshmand Mirfakhraei argues that Saudi Arabia has overemphasized the connections between Yemen’s Houthis and Iran,  setting itself up for a “protracted quagmire” if it fails to deal a decisive blow to the rebel movement. However, if the kingdom can work to secure a peaceful settlement of hostilities in Yemen, it could in fact “set the stage for political negotiations between [Saudi Arabia and Iran] on other thorny issues.” Read More

conference in Riyadh on 15 December – is designed to display determination to fight the Islamic State and to help the west do so. But key details about how it will work  and whether it will even involve military forces on any front lines remain unclear. Read More 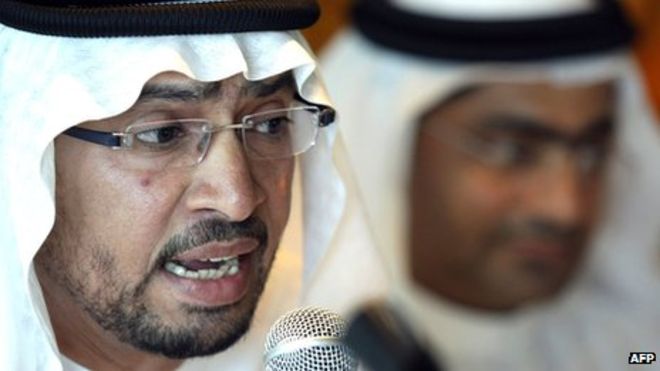 Dr. Mohammed Ali Saleh al-Mansoori is an Emirati lawyer and former president of the UAE Jurist’s Association. Since as early as October 2007, the Emirati government has targeted Dr. al-Mansoori for his human rights activism; he has been arbitrarily detained, subjected to long travel bans, and removed from his position as legal adviser to the Ras al Khaimah emirate. In 2012, security forces arrested Dr. al-Mansoori as part of their broader campaign against reform activists in the country. The next year, during the mass trial of the ‘UAE 94’, the Supreme Court sentenced him to ten years in prison. Most recently, the Supreme Court convicted Dr. al-Mansoori in another mass trial, this time on charges related to allegedly establishing an “international” branch of the Muslim Brotherhood. He was sentenced to an additional year and three months in prison.

The Task Force on Population Movement Report: 2.5 million IDPs as a result of conflict in Yemen
The situation in Yemen, one of the poorest countries in the Middle East, has substantially worsened since the start of the conf

lict in March 2015. The Task Force on Population Movement (TFPM), led by UNHCR and IOM and in collaboration with several operation partners, has determined that there are 2,509,068 internally displaced persons (IDPs) in Yemen. These figures point to an increase of nine percent since 15 October 2015, and an eightfold increase since March 2015. Read More

The United Arab Emirates has peaked – Emiratis must now dare to dissent
Iyad el-Baghdadi, an entrepreneur, writer, and activist who was expelled from the

UAE in 2014, argues that it is time for the UAE to match its rapid economic progress with comparable development of civil society and human rights protections. He proposes that Emiratis must now build a more open and inclusive society not just for themselves, but also for the 96 percent of the population that are not citizens. In fact, he suggests that the UAE may not be able to sustain its economic growth “without serious social, cultural, and political transformation.” Read More

ree-wheeling political system in the Gulf and a relatively vibrant press, though certain types of comments – such as denouncing the country’s ruler – remain illegal. But in its latest report, Amnesty says authorities have used an array of laws to arrest, prosecute and jail scores of activists and others agitating for change since 2011. Read More