Marking the fourth anniversary of Ali al-Nimr’s arrest, Americans for Democracy & Human Rights in Bahrain and 12 other NGOs demand that Saudi Arabia repeal the death penalty against Ali al-Nimr and all other protesters who were arrested as minors, including Dawood Hussein al-Marhoon and Abdullah Hasan al-Zaher.

Saudi security forces arrested Ali al-Nimr on 14 February 2012 for his participation in demonstrations that took place across Saudi Arabia between 2011 and 2012. He was 17 years old at the time of his arrest. During interrogations, Saudi authorities reportedly tortured Ali in order to coerce a confession, which he signed under duress without reading. The government has not ordered an investigation into Ali’s allegations of torture. On 27 May 2014, the Specialized Criminal Court (SCC), a national security tribunal tasked with prosecuting crimes related to terrorism, sentenced Ali to death on a number of charges.

Ali is one of seven individuals sentenced to death for their roles in Eastern Province protests during 2011-2012, and one of three men sentenced to death for crimes committed as minors. Security forces arrested Dawood Hussein al-Marhoon on 22 May 2012, when he was 17 years old; and Abdullah Hasan al-Zaher on 3 March 2012, when he was 15 years old. Both Dawood and Abdullah say that Saudi officials denied them access to lawyers during interrogations and tortured them into confessing. The SCC convicted Dawood and Abdullah on similar charges and sentenced them to death in October 2014.

To read the full statement, click here or continue reading. 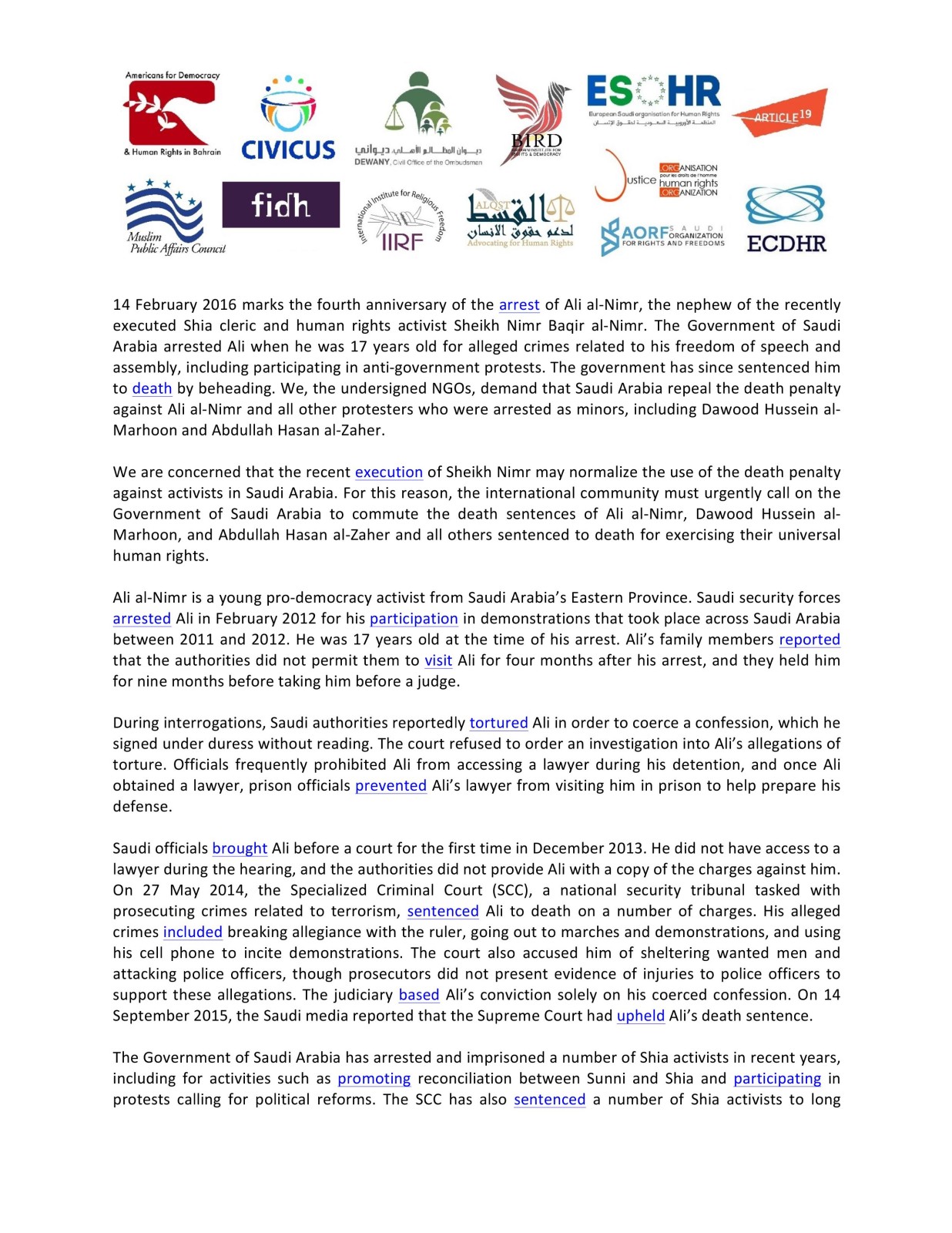 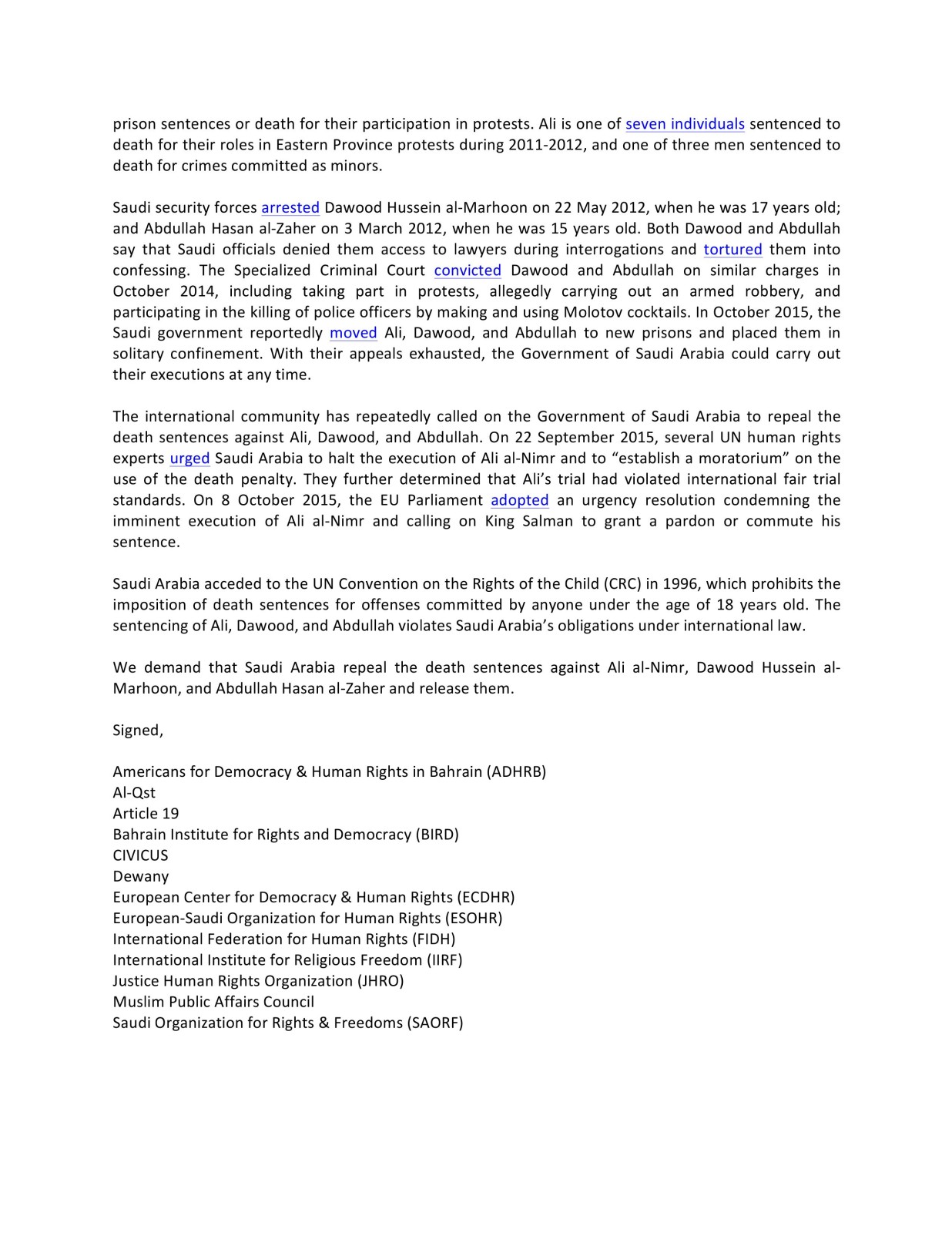