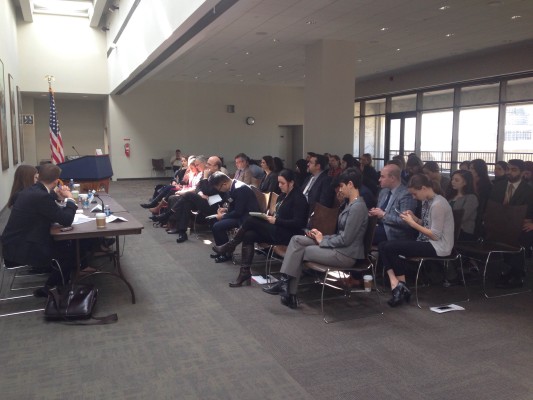 On 11 February 2016, the Tom Lantos Human Rights Commission (TLHRC), in conjunction with Americans for Democracy & Human Rights in Bahrain (ADHRB) and Human Rights First (HRF), held a briefing in the Hart Senate Office Building on the ongoing human rights situation in Bahrain. Panelists included Brian Dooley, Director of the Human Rights Defenders Program at HRF, Maryam Al-Khawaja, Bahraini human rights defender and the co-director of the Gulf Center for Human Rights (GCHR), and Kate Kizer, US Advocacy Officer for ADHRB.

The Project on Middle East Democracy’s (POMED) Deputy Director of Policy, Cole Bockenfeld served as moderator. He opened the event by situating Bahrain within the larger regional context. He stated that within the framework of the Arab Spring demonstrations, Bahrain’s pro-democracy uprising is often considered a “forgotten revolution” even as protests continue five years later. 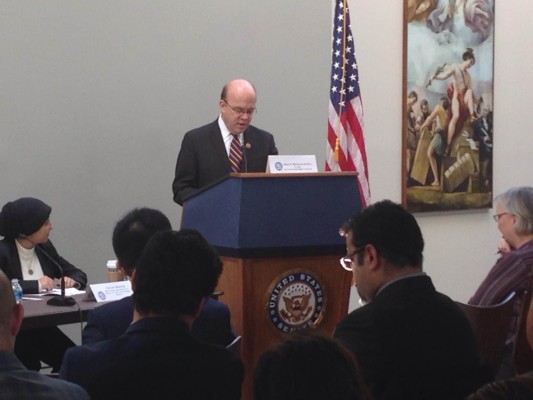 Congressman James P. McGovern of Massachusetts, co-Chair of the TLHRC, then delivered introductory remarks, noting that the Bahraini government’s response to the 2011 peaceful protests was “violent repression.” Congressman McGovern stated that despite the Bahraini authorities’ assurances that it will implement the 26 recommendations of the Bahrain Independent Commission of Inquiry (BICI) aimed at establishing meaningful reforms, the US Department of State reports the government has not followed through. Instead, suppression and discrimination remain common, and “very serious obstacles exist for Bahrainis who wish to exercise their fundamental rights.” Turning to US policy, and the ways in which the US could help shape and encourage the development of a Bahraini government that respects human rights, he remarked that “privileged relations with the US should be predicated on good human rights practices.” Further, he asserted that it is in the interests of the US to encourage the Bahraini government to change its tact on human rights, as its “violent oppression of dissent could further destabilize the Middle East.” 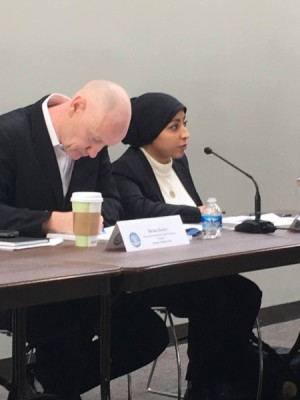 Human rights activist Maryam al-Khawaja opened the panel by comparing the present situation in Bahrain with the situation in 2011-2012. The government’s response to the 2011 mass protests was a “knee-jerk reaction,” she said. In comparison, the crackdown on dissent today is “a lot more institutionalized.” In 2011- 2012, there “was some space for expression of assembly, now limited freedoms like this no longer exist.” Today, she stated, the government has “complete control of public space, including having imposed a blanket ban on protests anywhere in the capital.” Because the government stifles protests as they begin, the “protests are not covered by media, so no-one internationally knows about them.” Addressing the Bahraini governments claims that it has made progress in implementing reforms through the creation of institutions such as the Ministry of the Interior’s Office of the Ombudsman, Maryam stated that “these institutions have been set up to fail.” To provide an example, she stated that the Ombudsman is a former prosecutor who has been implicated in past torture allegations. Moreover, she concluded, these institutions do not have enough independence from the government and therefore cannot carry out their responsibilities. 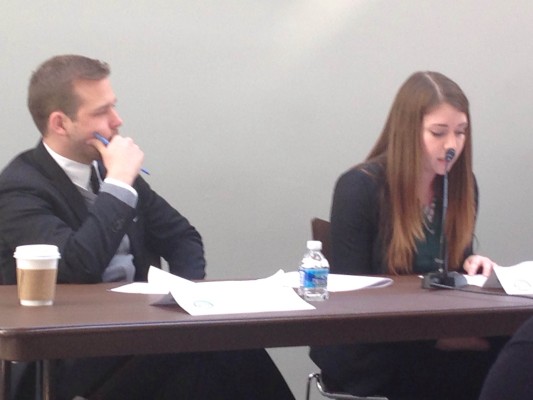 ADHRB’s US advocacy officer, Kate Kizer, then presented a new analysis of the organization’s UN complaint program in conjunction with the Bahrain Institute for Rights and Democracy (BIRD), and the Bahrain Center for Human Rights (BCHR). “ADHRB documented and submitted complaints to the Special Procedures of the UN concerning the arrest of 495 Bahraini citizens, of which at least 71 were minors at the time of their arrest,” she stated. Continuing, she noted that “of the complaints submitted to the Special Procedures, ADHRB, BIRD, and BCHR recorded 370 instances of torture.” The full text of ADHRB’s UN Complaint Documentation Database on Torture can be found here. 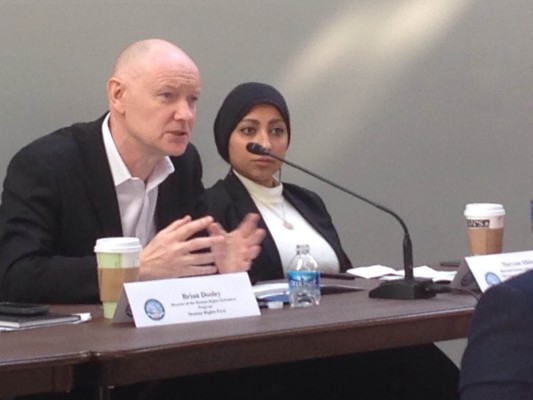 Brian Dooley of HRF began his remarks by drawing parallels between the US’s relationship with apartheid-era South Africa and its current relationships with Bahrain and Saudi Arabia. He stated that “the excuses we heard from the Reagan administration” regarding its support of apartheid South Africa are “disturbingly similar to the excuses offered now regarding Bahrain.” The change in US policy vis-à-vis South Africa came from congress and this is what we should be seeing now regarding US policy towards Bahrain.

Following the panelists’ remarks, Cole Bockenfeld began the open discussion period by asking how the US could encourage its allies in the anti-ISIS coalition to reform. Maryam Al-Khawaja stated that “a lot of countries engaged in the Middle East lack consistency in their human rights policies; they have different policies for different countries, and this takes away from their credibility.” Also, she argued, internal accountability is linked to international accountability: over the last five years, Bahrain has been able to do what it wants internationally. But “if GCC countries were to be more open internally, they would have a more positive impact on the region.” They would be able to more effectively fight ISIS. “ISIS ideology as we see it right how, the things that horrify all of us, comes from our allies in the anti-ISIS coalition.”

In conclusion, Bockenfeld stated that it is “clear from testimony that this is not a situation that is going away, even if it is no longer on the front-page. The US has tools but is not using them. But with the right pressure and political will we can reverse this.”