On 17 February, the US Department of State (DoS) issued a statement commemorating the fifth anniversary of Bahrain’s pro-democracy uprising in 2011. The statement highlights ongoing US concerns regarding “limitations on peaceful assembly, political activism, and the criminalization of freedom of expression” since the uprising. DoS calls on the Bahraini government to work with the opposition to move forward with reforms, including “the release of opposition figures like Ibrahim Sharif and Sheikh Ali Salman.”” 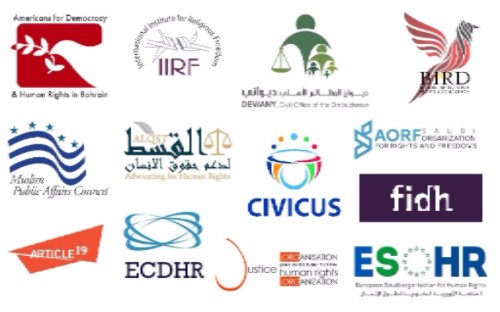 Marking the fourth anniversary of Ali al-Nimr’s arrest, Americans for Democracy & Human Rights in Bahrain and 11 other NGOs demand that Saudi Arabia repeal the death penalty against Ali al-Nimr and all other protesters who were arrested as minors, including Dawood Hussein al-Marhoon and Abdullah Hasan al-Zaher.

Enough platitudes, John Kerry – it is time the US got tough with Saudi Arabia

Saudi Women are Separated in Council

Arrests for Free Expression in the UAE and Oman