On February 14, 2016, the fifth anniversary of mass pro-democracy protests in Bahrain, Senator Chris Murphy (D-CT) called on the Government of Bahrain to commit to reviving 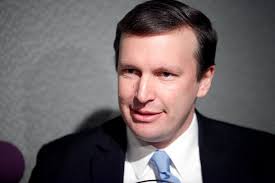 a national dialogue process to promote tangible reforms in a public statement. He noted that on February 14, 2011, the mass-democracy protests “ended in a bloody crackdown” and that opposition figures who participated in the protests five years ago remain jailed for their political views. Some of those jailed “merely participated in peaceful protests” such as American citizen Tagi al-Maidan. He expressed frustration that “five years later, freedom of expression and assembly are still not protected, and […] peaceful dissent continues to be prosecuted. Bahrain’s leaders, he says, must recommit to implementing reforms under a national dialogue process.” Murphy concludes, “Unless they build a resilient society where diverse opinions can be peacefully expressed without fear or intimidation, the US’s national and regional security goals will continue to be compromised.”

Senator Ron Wyden (D-OR) also submitted a statement for the record commemorating the five-year anniversary of Bahrain’s popular protests. He addressed the Government of Bahrain’s failure to 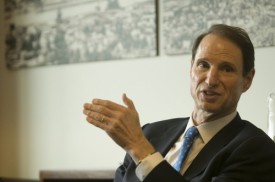 fully implement the Bahrain Independent Commission of Inquiry’s (BICI) 26 “specific, concrete” recommendations, and that despite this the Government of Bahrain continues to insist it has fully implemented the recommendations: “As they tell it, they’ve turned the page on that chapter of their history. But members of Bahrain’s peaceful opposition feel trapped in a never-ending story. Non-governmental organizations like Americans for Democracy and Human Rights in Bahrain, Amnesty International, Human Rights First, Human Rights Watch, and the Project on Middle East Democracy have all documented the regime’s ongoing repression.” He concludes, “For Bahrain to move forward, the government will need to release the opposition leaders still languishing in its prisons…For these reasons, Mr. President, I speak out today against further oppression and I call again for reconciliation and reform in Bahrain.”

ADHRB commends the work of Senator Wyden and Senator Murphy to continue to prioritize human rights and reform in Bahrain as key aspect of securing US national security interests in the Gulf and the region as a whole.