On Thursday 27 June, Americans for Democracy & Human Rights in Bahrain co-sponsored a side event panel at the 41st session of the United Nations Human Rights Council addressing steps the United Nations and states could take to enhance the impact of efforts to end impunity. The event was organized by ARTICLE 19, and co-sponsored by the Committee to Protect Journalists, ALQST, Right Livelihood Award Foundation, MENA Rights Group, Gulf Centre for Human Rights, and the International Commission of Jurists. Barbora Bukovska, ARTICLE 19’s Senior Director for Law and Policy moderated the panel. The speakers included Dr. Agnes Callamard, the UN Special Rapporteur on extrajudicial executions; Pieter Omtzigt, Special Rapporteur at the Council of Europe; David Kaye, the UN Special Rapporteur on the right to freedom of opinion and expression; Rob Mahoney, the Deputy Executive Director of the Committee to Protect Journalists; and Yahya Assiri, the founder and Director of ALQST.

Ms. Bukovska introduced the panel began the discussion by asking how the UN should respond to extrajudicial killings of journalists like Jamal Khashoggi by Saudi state forces, human rights defenders, activists and other figures. 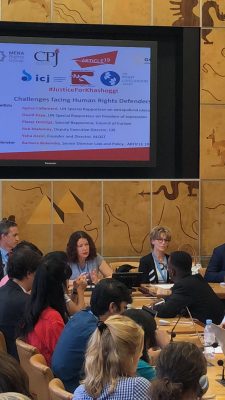 Dr. Callamard focused her remarks on the need for the international community to establish a standing mechanism to respond to targeted killings in order to establish the facts of Jamal Khashoggi’s murder and the murder of other journalists. While many states expressed support for her report and findings on Khashoggi’s murder, none has yet stepped up to lead an effort to hold Saudi Arabia accountable. This failure and the Council’s inability to take action emboldens states like Saudi Arabia to commit crimes with impunity. She noted that remarkably, thus far the report has not been marred by media interference or state agendas beyond Saudi Arabia’s refusal to accept responsibility. In order to address these concerns, Callamard recommended the UN create a standing mechanism in order to better investigate the killing of journalists and human rights defenders. The UN must also push for accountability, since the UN and HRC’s inability to address crimes like Khashoggi’s killing  are a weakness in the international system. 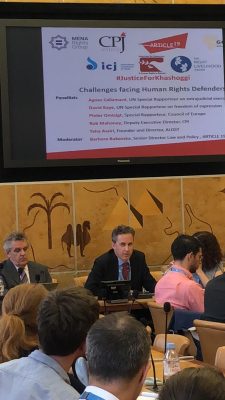 When asked about the genesis of the investigation and its purpose,  Kaye stated that as early as one week after Khashoggi’s disappearance, his office, Callamard’s office, and the Chair of the Working Group on Enforced or Involuntary Disappearances (WGEID) issued a press statement emphasizing the importance of an international, independent investigation into the journalist’s whereabouts. Subsequently, on October 20th, a letter sent to the Secretary-General of the UN urged the creation of a specific mechanism or group to conduct an investigation, ideally with Turkey’s consent Turkey. Despite early action by several of the mandates of the Special Procedures, the UN and the Human Rights Council chose to remain silent, raising important questions about mechanisms currently at the international community’s disposal when facing such issues. Kaye noted that in this vein, states are often hesitant to condemn Saudi Arabia for diplomatic or agenda-related reasons. As a result, gathering political relies upon citizens and activists to bring pressure. What makes Khashoggi’s murder important is that it notabout one man’s murder, but about the world’s ability to act and end impunity and demand accountability. 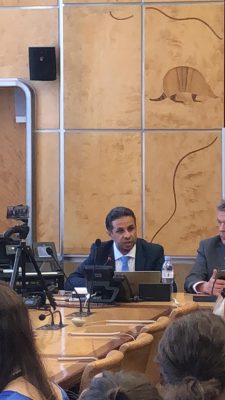 In his remarks, Assiri called attention to the level of repression in Saudi Arabia, noting that Khassoggi’s murder is an example of the steps the government will take to silence its critics. The only possible solution to address the level of repression is for the international community, civil society, and the United Nations, to seriously pressure Saudi Arabia to reform.

Drawing on his experience with the Council of Europe, Omtzigt focused on the significance of killing journalists and draw a parallel with Malta and the killing of anti-corruption journalist Daphne Caruana Galizia. He stressed that the international community cannot let these killings fade into oblivion. In order to keep the focus on such terrifying crimes an effective mechanism must be established that would, among other things, investigate the killings of journalists. Ongoing investigations have the dual purpose of not only ideally revealing the truth, but of keeping the issue in the public eye.

Asked about future approaches to such situations, Callamard stated that if the international community does not take action to hold perpetrators accountable for crimes like murdering journalists, the international community could be complicit in the crimes. States’ silence may render them participants in a crime by failing to address impunity and call for accountability. At this stage, either the Security Council or the Human Rights Council must make a statement by passing a resolution calling for the establishment of a standing instrument to address extrajudicial killings. In the meantime, Callamard said, the Security General could appoint a number of criminal experts for further investigation into Khassogi’s murder as well as other journalists, as overwhelming evidence supports the UN’s enhanced involvement in this investigation. 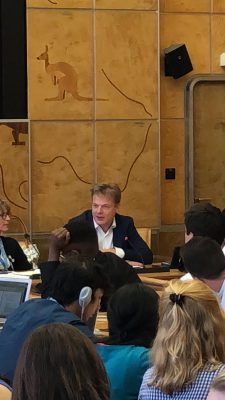 Kaye described degrees of state actor culpability in terms of extrajudicial killings. First, there are states who are the actor or pepetrator of the murder. Second, there are states which could be captured by a criminal element, due to their ability to assist in preventative or accountability measures despite a decision not to do so. Finally, there are also states which lack the ability and political will to do anything in terms of prevention or accountability. It is important to design any new UN mechanisms to effectively distinguish between such culpability. Careful examination of UN mandates such as Freedom of Expression and Summary of Execution also justify enhanced involvement or even the establishment of a bridging mechanism to develop long-term solutions to such problems.

Omtzigt concluded its remarks by reiterated the need of establishing mechanisms to carry out investigations, as well as the need for journalists to do more to pressuring and calling out accountable governments. Impunity cannot be tolerated, and the United Nations has the chance to take action to end this situation. He also asked for the release of intelligence might have in order to get to the bottom of the issue and be able to get more information about violations of this kind. 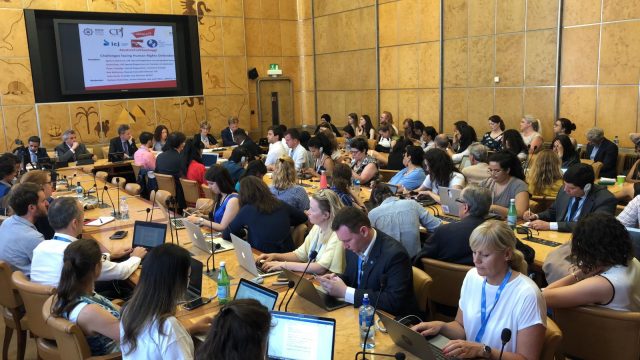