On 17 February, the US Department of State (DoS) issued a statement commemorating the fifth anniversary of Bahrain’s pro-democracy uprising in 2011 when “Bahrainis from all backgrounds called for political reforms that would bring greater respect for their universal rights and fundamental freedoms.” In particular, the DoS acknowledges that though Bahrain has created institutions to “improve oversight of security institutions…more work[…]

END_OF_DOCUMENT_TOKEN_TO_BE_REPLACED 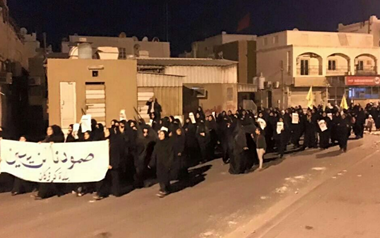 16 February 2016 Sunday, 14 February 2016, marked the fifth anniversary of Bahrain’s peaceful uprising. Bahraini people took to the streets protesting injustice and demanding freedom and democracy. The authorities responded with extensive use of force which resulted in numerous injuries. The Bahrain Center for Human Rights (BCHR), Bahrain Institute for Rights and Democracy (BIRD),[…]