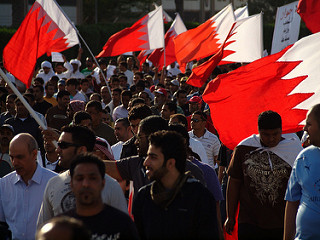 Isa al-Aali, a Bahraini activist, revealed to the Campaign Against Arms Trade that he was arrested and tortured by Bahraini authorities for attending a protest in 2013. Authorities accused him of throwing Molotov cocktails, and threatened to cut off his genitals unless he provided them with information. Al-Aali repeatedly denied any wrongdoing. Following a three-month[…]