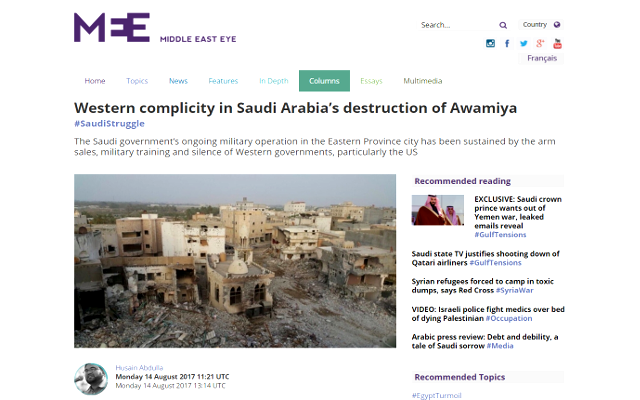 14 August 2017 – Americans for Democracy & Human Rights in Bahrain (ADHRB) Executive Director Husain Abdulla criticizes US complicity in the ongoing violence in Awamiya, Saudi Arabia and condemns all violence that has occurred in the area over the past months. “The Saudi government’s ongoing military operation in Awamiya is buttressed and sustained by[…]