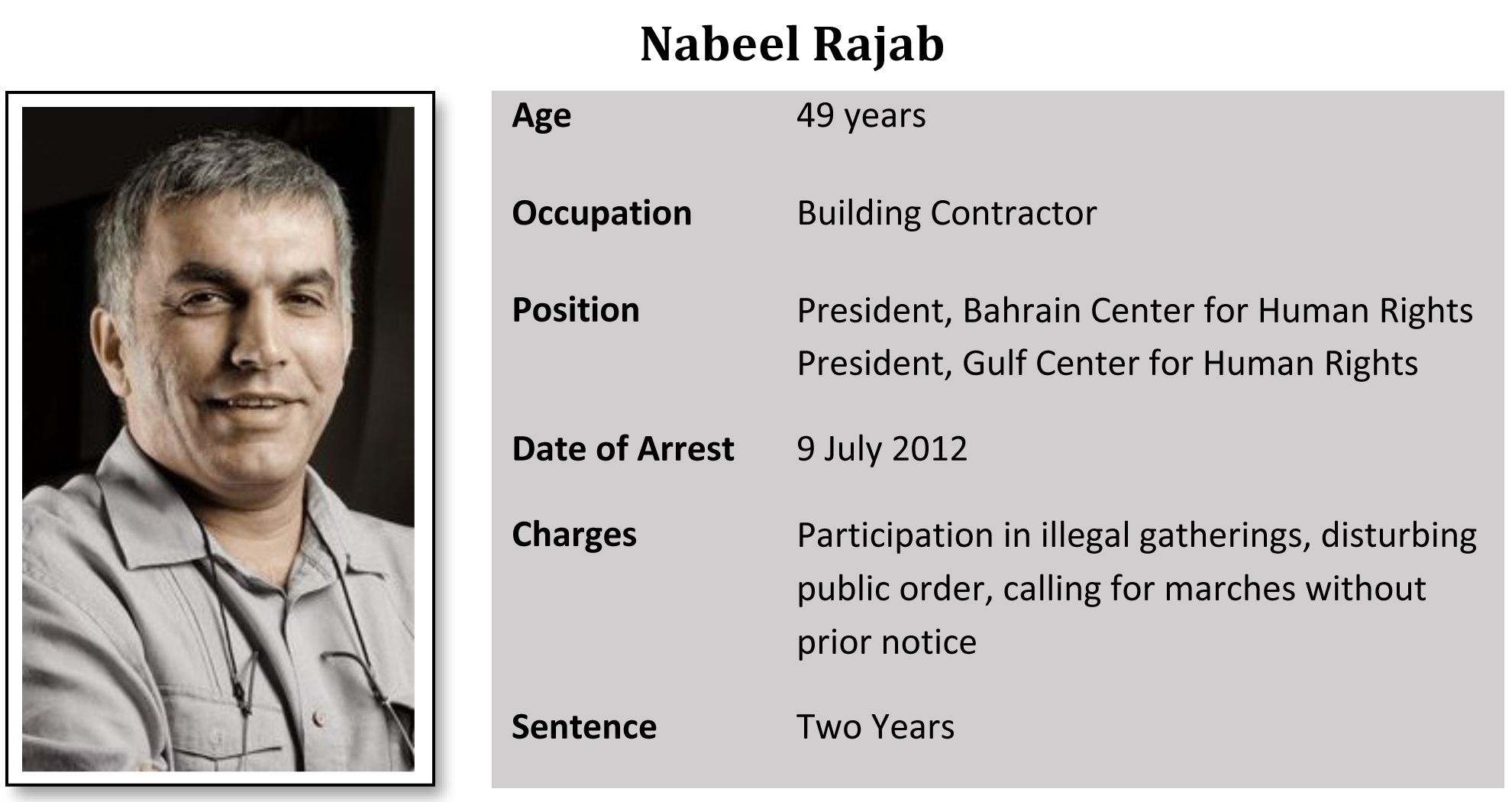 Mr. Rajab had been the subject of persecution by Bahraini security forces for his activism for years prior to the breakout of major protests in the country in 2011. Since that time, Mr. Rajab has been targeted by government smear campaigns, subjected to tear gas attacks at his residence, and arbitrary arrested. He is currently serving a two-year sentence based on manufactured charges that were leveled against him in an attempt to stop his activism for human rights in Bahrain. Like many Bahraini detainees, Nabeel has been subjected to torture and other cruel treatment throughout his time in jail. s

Many of the charges brought against Mr. Rajab focus on his Twitter activity, calling for demonstrations and marches that are not government authorized and participating in such demonstrations. In December 2012, Mr. Rajab’s sentence was reduced by one year. Since then, Mr. Rajab’s health has deteriorated considerably in prison; without access to proper medical care and medications, he suffers from chronic back pain and is usually confined to bed. Mr. Rajab reported being subjected to physical and psychological torture during his appeals process, but such claims have not been assessed by the regime per international law.

Rajab was eligible for early release on 29 November 2013, based on a provision in Bahrain’s criminal procedure law, but was denied this despite his commitment to nonviolence and human rights.