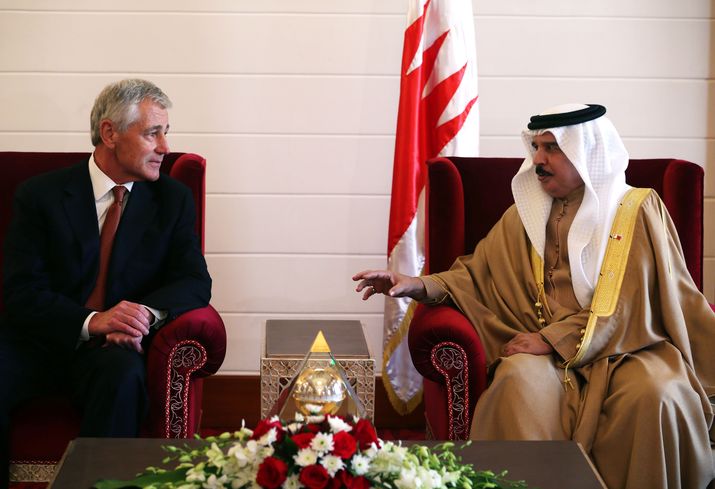 Earlier this month, U.S. Defense Secretary Hagel traveled to Manama to participate in the 9th International Institute for Strategic Studies Regional Security Summit, otherwise known as the Manama Dialogue.  In his remarks, Secretary Hagel recognized that “Global security is shaped by stability or instability in this region,” and the promises of political reform from leaders in the region in response to the people who demand it and “deserve it.”  Absent from his statement was a recognition that those promises have yet to be fulfilled in Bahrain.

Since September of this year alone, the Government of Bahrain arrested opposition leader Khalil al-Marzooq, despite his participation in the government-backed National Dialogue, and sentenced a further fifty people to 5 – 15 years in jail, including human rights activists – some of whom claim that their confessions were obtained under torture.  According to a legal tender leaked by Bahrain Watch, the government is also planning to purchase 1.6 million canisters of teargas, enough to cover the entire population of the country. In the wake of the February 2011 protests, Physicians for Human Rights found that 39 people were killed from injuries sustained from teargas.

These steps compound the government’s failure to implement the most meaningful reforms of the Bahrain Independent Commission of Inquiry (BICI) report, including conducting independent investigations and prosecuting all deaths and claims of torture by security forces, and ceasing incommunicado detentions – human rights violations that continue today.  Far from holding the Government of Bahrain accountable, Secretary Hagel pledged further U.S. military support to Bahrain and other Gulf Cooperation Council countries. In doing so, he lost an important opportunity to ensure the protection of long-term U.S. interests in the region.

It is difficult to dispute the fact that the political and human rights situation in Bahrain is deteriorating.  Taking a strong line on fostering accountability, democracy and human rights in the country would ensure that Bahrain remains a reliable and stable ally for the U.S.  In his speech, Secretary Hagel rightly stated that “No strategy is risk-free. Diplomacy takes courage. It takes vision.”  The people of Bahrain are still waiting for the United States to utilize its courage and vision to encourage its ally to address ongoing systematic human rights violations in the country.

Diala Jadallah is the Director of Advocacy at ADHRB.