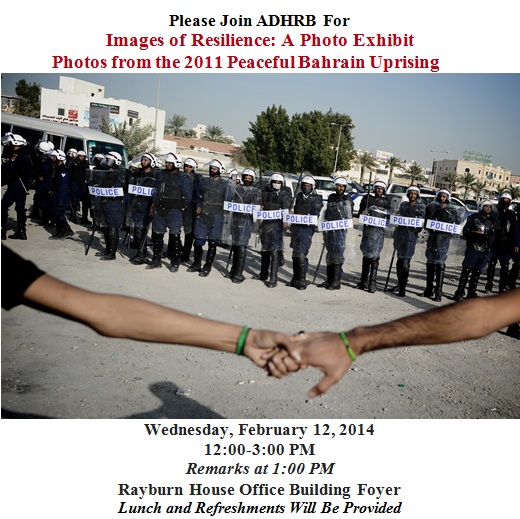 February 2011 marked the beginning of Arab Spring Uprising movement in Bahrain, when more than 200,000 protesters participated in peaceful protests against corruption, restrictions on basic human rights and a lack of government representation. In response, the Government of Bahrain implemented a crackdown that continues to this today. Laborers, athletes, teachers and medical professionals were fired or demoted for participating in the protests or aiding injured protestors.

Facing growing international pressure, the Government of Bahrain established the Bahrain Independent Commission of Inquiry (BICI) in July 2011 to investigate government abuses committed during the protests, and to recommend legal and policy changes to prevent a recurrence of such events. Based on over 9,000 testimonies, the report confirmed the excessive and indiscriminate use of force and torture by Bahraini officials. Although the Bahrain government claims that it has fully implemented the majority of the recommendations, independent assessments have found that less than five of the BICI recommendations have been fully implemented.

Indeed, on the third year anniversary of the February 2011 protests, many of the original demands and systematic human rights abuses remain. Please join ADHRB in the RHOB Foyer from 12:00 – 3:00PM for a photo exhibit that will feature images taken by Bahraini’s of the 2011 protests, as well as for brief remarks at 1:00 PM from Reporters Sans Frontieres and Freedom House on the current political and human rights situation on the ground in Bahrain.

Ms. Delphine Halgand, is the Director of the Washington, D.C. office for Reporters Sans Frontieres, where she runs advocacy programs on behalf of journalists, bloggers and media rights worldwide. Ms. Halgand previously served as press attaché in charge of outreach at the French Embassy, and has also worked as a correspondent for Le Monde, Les Echos and L’Express. Ms. Halgand has an M.A. from Sciences Po Paris in Journalism.

Dr. Robert Herman, Vice President for regional programs at Freedom House, oversees programs in the Middle East, Africa, Latin America, Eurasia and Asia. Dr. Herman previously served on the State Department’s Policy Planning staff and with USAID’s Bureau for Europe and the New Independent States of the former Soviet Union. He was co-founder and co-director of the Democracy Coalition Project, an initiative of the Open Society Institute. Dr. Herman has also held positions with the Brookings Institute, Carnegie Endowment for International Peace and the U.S. Mission to NATO in Brussels.  He has a Ph.D. in Government from Cornell University.

For questions, or to RSVP, please contact ADHRB at events@adhrb.org.