Americans for Democracy & Human Rights in Bahrain, along with Congressman Hank Johnson and donkeysaddle projects, is proud to present a screening of the award-winning documentary Witness Bahrain on Wednesday, June 17 from 5:30-7:30 PM on Capitol Hill. 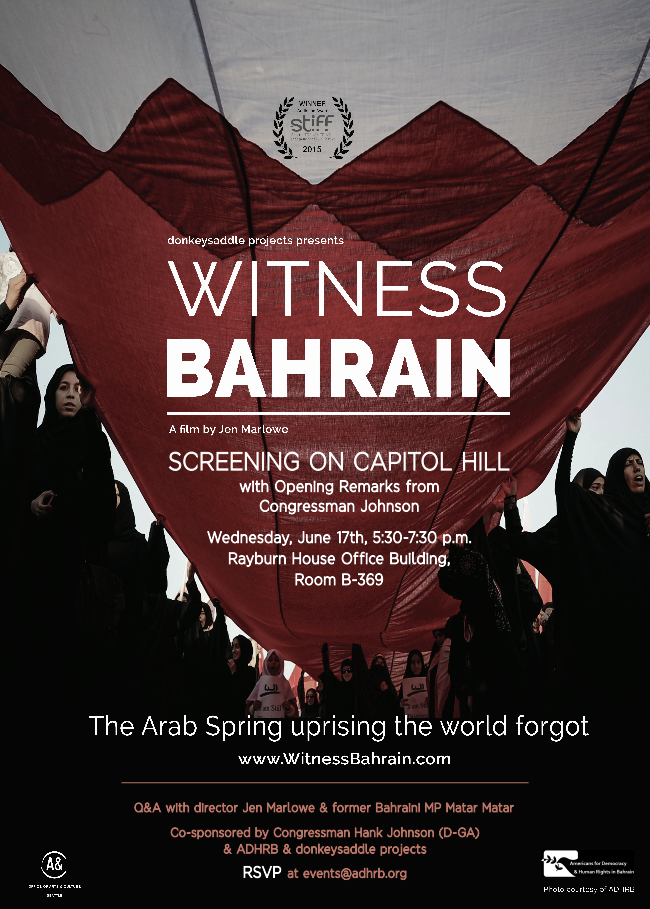 Witness Bahrain is a piercing look inside Bahrain, two years after the start of Bahrain’s uprising. The film follows an activist as she travels all over Bahrain, uncovering stories of Bahrainis, including doctors arrested and tortured under trumped up charges, nurses treating injured protestors at underground clinics, the family of a boy killed by riot police, and the arrest of human rights defender Nabeel Rajab. Scores of ordinary Bahrainis are also featured: women explaining why they protest, people praying on the remains of their demolished mosques, and youth clashing daily with riot police.

The DC premiere will include opening remarks by Congressman Hank Johnson (D-GA) and will be followed by a Q&A with the filmmaker.

Seating is limited so please RSVP on Eventbrite to reserve your spot!