On the occasion of Secretary Kerry’s meeting with UAE Foreign Minister Abdullah bin Zayed al-Nahyan, Americans for Democracy & Human Rights in Bahrain (ADHRB) and Human Rights First (HRF) sent a letter to the Secretary asking him to raise the cases of several prominent human rights defenders facing persecution in the United Arab Emirates.

Dr. Nasser bin Ghaith is an academic and activist who was arrested by UAE security forces on 18 August 2015. To date, the government has not revealed his whereabouts and he remains at risk of torture and ill-treatment. Prominent human rights defender Ahmed Mansoor has faced similar harassment. The Government of the UAE currently maintains a travel ban on Mansoor due to his political activism. The jury of the Martin Ennals Award for Human Rights Defenders has selected Mansoor as a finalist for the award, but he will likely not be able to attend the ceremony in Geneva due to his travel ban. We call on the UAE to lift Mansoor’s travel ban and release Dr. bin Ghaith, as well as cease misapplying laws to restrict peaceful expression.

To read the full letter, click here or continue reading. 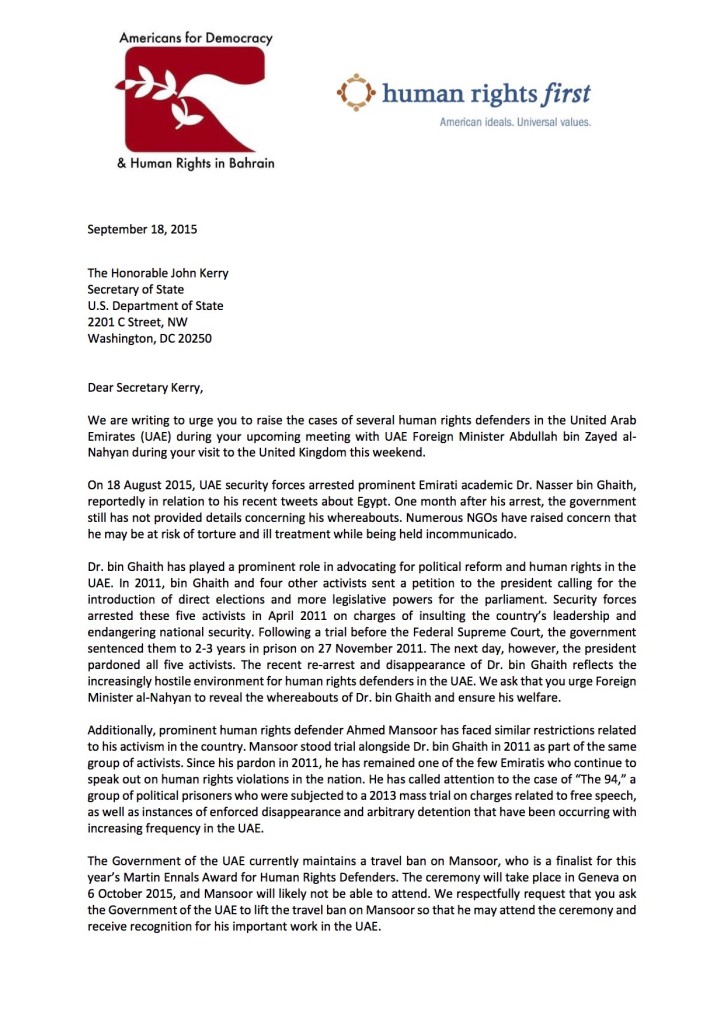 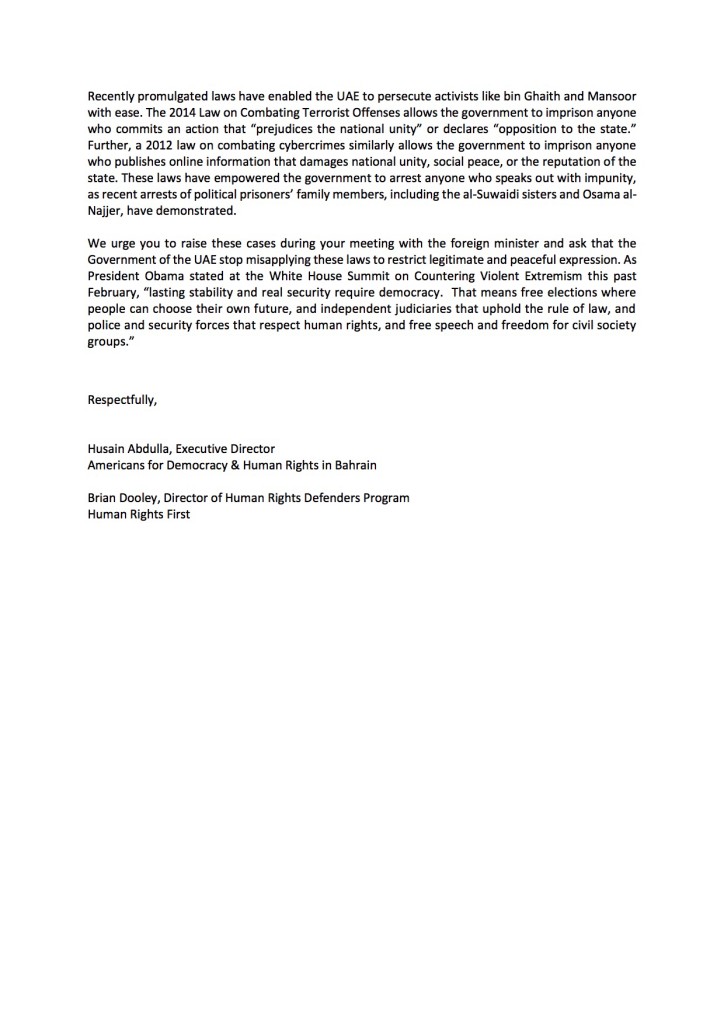