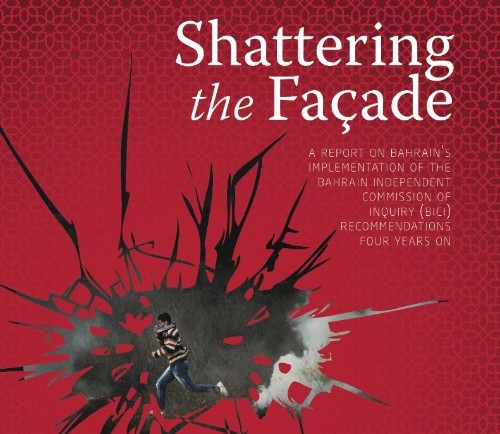 Shattering the Facade: A Report on Bahrain’s Implementation of the Bahrain Independent Commission of Inquiry (BICI) Four Years On

16 November 2015 – Washington, DC – The Bahraini government has only fully implemented two, and has not made any progress on eight, of the 26 recommendations made by the Bahrain Independent Commission of Inquiry (BICI) in 2011, finds a new report released today by Americans for Democracy & Human Rights in Bahrain (ADHRB), the Bahrain Institute for Rights and Democracy (BIRD), and the Bahrain Center for Human Rights (BCHR). In Shattering the Façade: A Report on Bahrain’s Implementation of the BICI Recommendations Four Years On, ADHRB, BIRD, and BCHR provide recommendation-by-recommendation analysis of the Government of Bahrain’s implementation of the recommendations made by the BICI in 2011. Despite government rhetoric to the contrary, the report finds that some of the most fundamental abuses addressed by the BICI continue unabated in Bahrain.

Bahraini soccer players have recently made statements seeking to absolve Asian Football Confederation (AFC) president and FIFA presidential candidate Sheikh Salman bin Ebrahim Al Khalifa of any moral or direct responsibility for the arrest, dismissal, and abuse of hundreds of sports executives and athletes accused of having protested against repressive and discriminatory rule. The statements, including one by Bahrain’s top player Ala’a Hubail, who alleged that he was tortured while under arrest in 2011, came as human rights activists unsuccessfully demanded that FIFA disqualify Sheikh Salman. His support, James Dorsey argues, brings up more questions than laying the allegations of complicity in abuse to rest.  Read More

Bahraini courts have issued a two year prison sentence to opposition figure Majeed Milad for expressing his political opinion in a small public gathering. Four years after the report of the Bahrain Independent Commission of Inquiry (BICI), the government continues to lock up activists in relation to their free expression. Al Wefaq considers Majeed Milad a prisoner of conscience. The international community must take a clear stance against the suppression of freedoms in Bahrain. See also: Reuters and AP. Read More

Bahrain Prisoners Sentenced to Life
Click here for a PDF of this article in English.

Six month sentence for woman accused of beating a policeman while visiting her nephew
Click here for a PDF of this article in English. 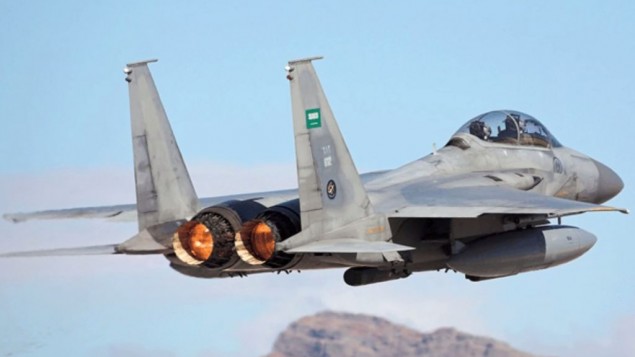 UK Foreign Secretary Philip Hammond has called for “proper investigations” into Saudi airstrikes in Yemen, citing concerns that Saudi Arabia may not be complying with international humanitarian law. Hammond stated, “We need to work with the Saudis to establish that international humanitarian law has been complied with – and we have an export licensing system that responds if we find that it has not. We will then find that we cannot license additional shipments of weapons.” UK sales to Saudi Arabia would stop if they were found to have violated international law. The US has not made a similar announcement and has continued arms sales to Saudi Arabia.

publicly beheading three men. A 50-second video was uploaded to YouTube by Germany-based Saudi activist Ali Dubaisy, who told Middle East Eye he had obtained it from sources inside the kingdom. Dubaisy said a tourist in the Red Sea city of Jeddah filmed the footage on a mobile phone, adding that it is rare to obtain such footage as it is illegal to film executions.  Read More

Revealed: Saudi Arabia’s manifesto for change in the face of rumors of coup plots

common public statement, advisers to Prince Mohammed bin Salman told the Telegraph of plans for opening up the country’s economy and society. The reform proposals focus mainly on budget cuts, diversifying the economy, increasing the role of the private sector, and the way the kingdom is governed. The proposals also call for greater reform regarding the role of women in society, and even allowing human rights groups into the country. Read More

Appalling ‘Ally’: 8 Reasons Why the Saudi Regime Should Be a Pariah

The following should make friends and allies of Saudi Arabia, incl

uding the United States, question their embrace of such a brutally repressive government: 1) Numerous, unjust executions, including of juvenile offenders, 2) Discrimination against Shia Muslims, 3) Consistent denial of women’s rights, 4) Rejection of genuine suffrage for both men and women, 5) Bogus ‘antiterrorism’ laws and utter lack of freedom of expression, 6) Exploitation of migrant workers, 7) Assistance to Bahrain in crushing pro-democracy protests, 8) Devastating military campaign in Yemen.  Read More 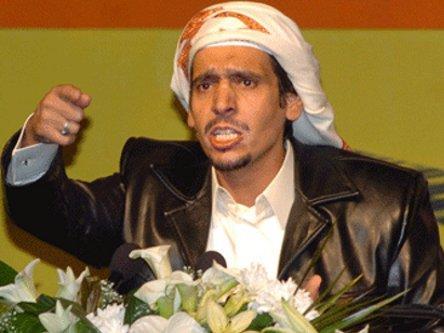 Yesterday, 16 November 2015, marked four years since Qatari authorities arrested Mohammed al-Ajami for the contents of his poetry. Al-Ajami is currently serving a 15-year prison sentence and will remain in prison barring a pardon from the emir. Americans for Democracy & Human Rights in Bahrain (ADHRB) calls on the government of Qatar to respect his right to freedom of expression, drop the charges against al-Ajami, and release him.

The International Labor Organization (ILO) will send a delegation to investigate the working conditions in Qatar in response to international complaints of the country’s systematic human rights abuses. The visit will likely occur in early 2016. Depending on its findings, the ILO could impose sanctions on Qatar. After recent weak reforms to the labor system, international bodies are putting increased pressure on the government to ensure that human rights abuses against the 1.7 million migrant workers are addressed. Read More

Eight months after launching a war in Yemen, Saudi Arabia appears trapped in a protracted and devastating conflict that is straining relations with its allies, intensifying internal power struggles, and emboldening its regional rival, Iran, analysts say. Read More

The UAE has threatened to block arms deals, stop inward investment, and cut intelligence cooperation with the UK if the country does not “act against the Muslim Brotherhood.” The UK’s three closest allies in the Arab world (Egypt, Saudi Arabia, and the UAE) have complained that London is a base for the Muslim Brotherhood and that the Brotherhood is “ingrained” in British society. Read More