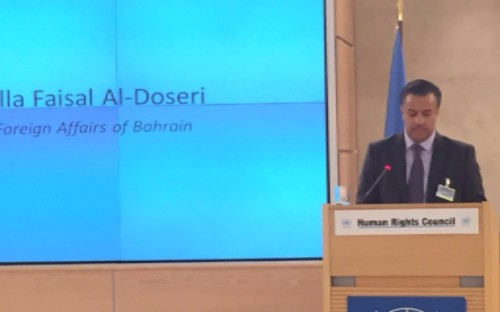 Americans for Democracy & Human Rights in Bahrain (ADHRB), the Bahrain Center for Human Rights (BCHR), the Bahrain Institute for Rights and Democracy (BIRD), the European Center for Democracy and Human Rights (ECDHR), and Justice Human Rights Organization (JHRO) would like to take this opportunity to respond to the statement made today by Bahrain’s Assistant Foreign Minister Abdulla Faisal al-Dosary. While the government chose to highlight efforts to counter terrorism, we in the Bahraini human rights community wish to underscore the wide range of human rights abuses that the government continues to perpetuate and obfuscate.

Senators Speak Out Against the Deteriorating Human Rights Situation in Bahrain

ADHRB at HRC: Children Face Abuses in the Hands of the Bahraini Government 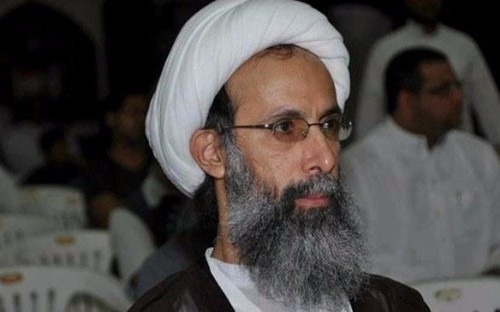 In His Own Words: Sheikh Nimr’s Sermons

ADHRB has compiled a number of Sheikh Nimr’s speeches and sermons that highlight his efforts to peacefully call for political reform and respect for human rights in Saudi Arabia. In the videos below, Sheikh Nimr discusses government oppression and describes how Saudis must peacefully demand change that will promote equality and end abuses.

ADHRB at HRC: Persons with Disabilities Face Discrimination in the GCC

Oman Increases its Restriction on Freedom of Expression