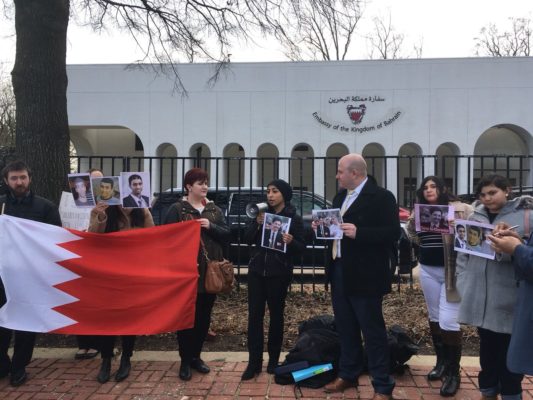 On Wednesday, 14 February 2018, marking the seventh anniversary of Bahrain’s 2011 peaceful pro-democracy demonstrations, Americans for Democracy & Human Rights in Bahrain (ADHRB) protested outside the Embassy of Bahrain in Washington, DC to show solidarity with those struggling for democratic reform, human rights, and universal freedoms. ADHRB, joined by CodePink, called attention to the deterioration of Bahrain’s human rights situation and the Bahraini government’s systematic use of arbitrary detention, enforced disappearance, and torture to target civil society activists.

During the protest, CodePink’s Medea Benjamin and Bahraini human rights defender Maryam al-Khawaja spoke about the peaceful demonstrations in 2011, noting how the thousands of protesters who gathered at the Pearl Roundabout in Manama called for an elected government, more political representation, and an end to corruption and systematic human rights abuses. Husain Abdulla, Executive Director of ADHRB, spoke about the many activists who participated in the protests, from Nabeel Rajab and Abdulhadi al-Khawaja to Abbas al-Samea, Ali al-Singace, and Sami Mushaima, who were executed for their activism after being tortured into making false confessions. Those gathered outside the embassy called for the immediate release of all prisoners of conscience and for perpetrators of human rights abuses to be held accountable for their crimes.

Read ADHRB’s joint statement with the Bahrain Institute for Rights and Democracy (BIRD) and the European Centre for Democracy and Human Rights (ECHDR) marking the seventh anniversary of the pro-democracy movement here. 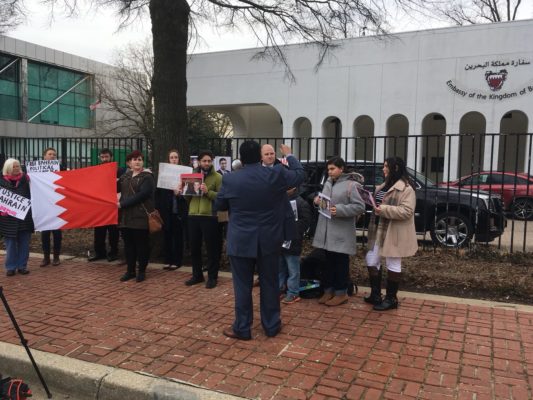 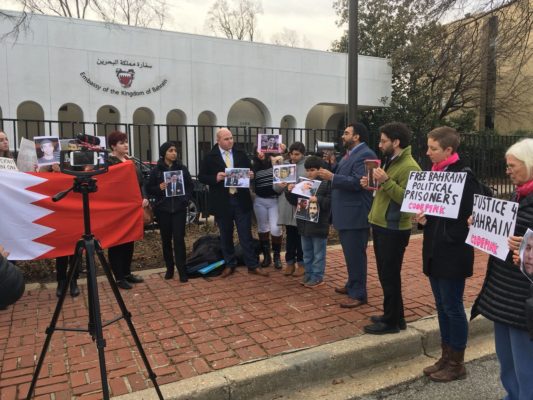 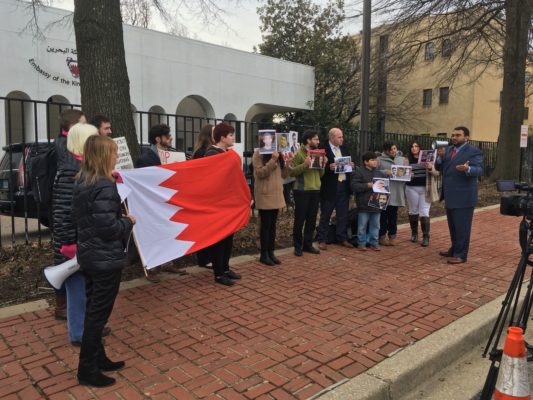 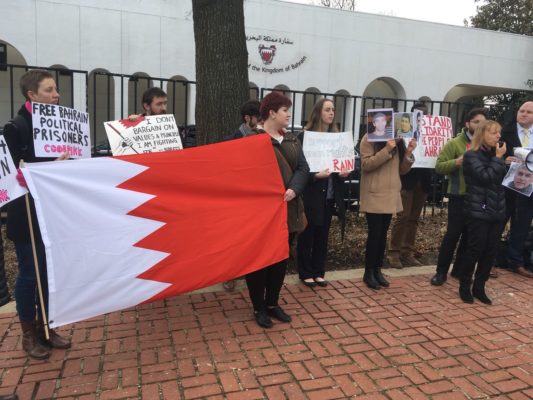