Since 2011, students and children in Bahrain have faced arbitrary charges and detention related to their freedoms of expression and assembly. Some have been arrested for participating in pro-democracy protests; others have been detained for apparently no reason at all. Bahraini authorities have treated preteen and teenage citizens as enemies, subjecting them to maltreatment, impeding their educational development, and inflicting physical and psychological wounds.

More than half of the 200 minors currently imprisoned in Bahrain are housed in adult detention centers. Officers regularly arrest minors without presenting warrants, and once imprisoned, security forces deny them access to their families and attorneys. Bahraini authorities accuse children of a wide variety of crimes, including illegal gathering and rioting, destroying property, attacking police officers, damaging police vehicles, and possessing Molotov cocktails. They have not hesitated to use violence and intimidation in order to extract forced confessions.

Children imprisoned in Bahrain miss critical years of their education, often being denied adequate access to education while serving out their sentences; children who should be in school are instead sitting neglected in prison. Bahrain has signed the Convention on the Rights of the Child, which stipulates that all children have the right to a primary education.

As August 12 is International Youth Day, this month we highlight students who have been imprisoned in Bahrain and denied their right to an education. 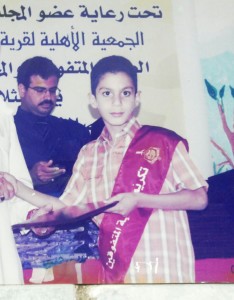 Nedhal Ali Hussain al-Abood was arrested from his home by Bahraini authorities on 24 September 2013, when he was 15 years old. Authorities did not present an arrest warrant to Nedhal before they transported him to the General Directorate of Criminal Investigation (CID), where he faced 48 hours of incommunicado detention and abuse at the hands of Bahraini security officers. Nedhal later told his parents that he signed a false confession in order to avoid returning to the CID. On 13 August 2014, the Bahraini Criminal Court sentenced Nedhal to life imprisonment under the anti-terrorism law for acts that he claims he did not commit. An appellate court later reduced Nedhal’s sentence to 15 years. His favorite hobby was football, and he intended to finish high school and go to university to become a doctor.

Ammar Yasser Abdulla Abbas was arrested from his home by Bahraini security forces on 2 March 2014, when he was just 13 years old. Security forces did not present him with a warrant. He was transported to Samaheej police station, where security forces beat him in an attempt to extract a confession. On the same day as his arrest, the Bahrain Criminal Court sentenced Ammar to six months of detention for arson, illegal gathering, violence, and possession of Molotov cocktails. Though security forces administer examinations inside the juvenile center where he is detained, they endeavor to make the school environment uncomfortable for inmates. Ammar was attending the ninth grade when he was arrested. 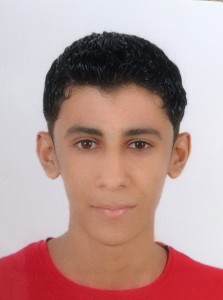 Jehad Sadeq al-Hebaishi was arrested by Bahraini authorities in the Bilad al-Qadeem area on 23 July 2012, when he was 16 years old. While detained at the CID, security officers slapped, insulted, tortured, and humiliated him. He was kept in solitary confinement for ten days and refused permission to consult with a lawyer. On 4 April 2013, the Bahraini Criminal Court sentenced Jehad to ten years in prison under the anti-terrorism law, despite the fact that he told the court he had been tortured into giving a false confession. He remains in Jau Prison. In 2015, at age 19, Jehad was allowed to resume his studies in prison and recently completed a semester. But this resumption of education comes after three critical years without it, and reflects the arbitrary way by which prison authorities deprive youths of education. His hobbies included photography, sports, and traveling. Jehad had hoped to graduate from high school and go to university with his friends to study engineering.

Abdul Aziz al-Mula was pulled from his mother’s car and arrested at a checkpoint on 26 June 2013. Security forces did not present him with a warrant. They transported him to the Isa Town police station, where he faced verbal and psychological abuse. Security forces eventually charged Abdul with arson and possession of Molotov cocktails. A Bahraini court sentenced him to five years of detention, a sentence that was later shortened to two years on appeal. Abdul remains in Jau Prison, where he suffers from psychological abuse and an eye injury that has rendered him blind in one eye. Abdul was in the 12th grade when he was arrested. His family is working with the Ministry of Education in an attempt to allow Abdul to continue pursuing his education. 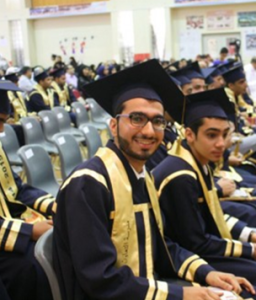 Mustafa Mohammed Ali was arrested by security forces in August 2013, when he was 17 years old. Mustafa is the son of Mohamed Ali Ismail, a member of the group of Bahraini political prisoners known as the Bahrain 13. His arrest may be related to the ongoing persecution of his family. Security forces interrogated Mustafa at the CID, where he was threatened with physical torture if he did not agree to sign a forced confession. Mustafa signed the confession and authorities charged him with illegal gathering and criminal assault of police personnel. A criminal court convicted Mustafa and sentenced him to six months in prison, later reduced to three months in prison. Mustafa turned himself in to Sitra police station on 10 July 2015 and was immediately transferred to Dry Dock Prison. Security forces deny him clean clothes and access to money for food. Mustafa completed his secondary studies and graduated with honors, intending to pursue a career as a doctor.

Sayed Adnan Sayed Majeed al-Khabbaz was arrested by Bahraini security forces on 28 March 2014 for allegations related to an attack on an on-duty police officer. Sayed was accused in several cases, and has been sentenced to over five years in detention. He currently serves his sentences in Jau Prison. Sayed could not finish his studies because of continuous home raids and numerous arrests. He was only able to complete the 11th grade before he was forced to withdraw from school. 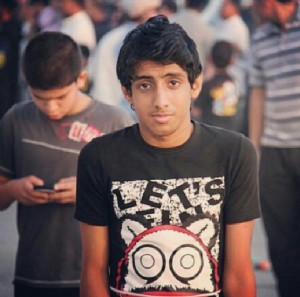 Ahmed al-Saroo was arrested during a raid on his home conducted by masked Bahraini security forces on 9 April 2013, when he was 15 years old. Security forces transported him to the CID, where he faced harassment and abuse during his detention. Ahmed signed a forced confession after security personnel insulted him and threatened to beat him on his already injured leg. He was not provided access to a lawyer during interrogation. Under the anti-terrorism law, the court sentenced Ahmed to three years in prison on 19 September 2013, and he is currently serving his sentence in Jau Prison. Ahmed enjoyed photography and swimming, and wished to graduate high school and attend university with his friends.

Sayed Hadi Mohamed was arrested by Ministry of Interior (MOI) security forces during an attack on a friend’s home on 23 April 2014. MOI forces did not present him with a warrant at the time of his arrest. He was charged with criminal arson and transported from Samaheej police station to Dry Dock Detention Center, where police covered his head with a mask and took photographs of him holding Molotov cocktails. The photographs were later used against him. Sayed was in the ninth grade at the time of his arrest. His father filed legal papers and followed up with prison authorities and the Ministry of Education (MOE) in order to make sure Sayed could continue his schooling in prison, but the prison authorities only allowed him to take two of his final exams. He therefore failed the entire school year. The school called Sayed’s father and told him they never received any forms from the MOI or the MOE. Sayed remains in Dry Dock awaiting trial. 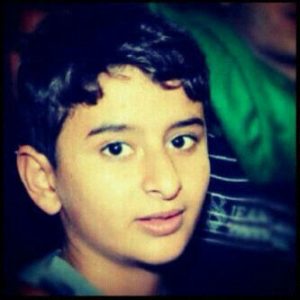 Ebrahim Ahmed al-Muqdad was arrested by Bahraini authorities following clashes in Bilad al-Qadeem on 23 July 2012, when he was 15 years old. Authorities transported him to Qudaibiya police station and then to the CID. He remained disappeared for two days. Security officers tortured Ebrahim during his detention at CID, harassing him, beating him, shocking him, and depriving him of food, sleep, and water. Ebrahim was denied access to a lawyer throughout his detention. Security forces eventually forced him to confess under duress. On 4 April 2013, the Bahraini Criminal Court sentenced Ebrahim to ten years in prison on charges of murdering a policeman, stealing a police vehicle, burning a military armed vehicle, illegal gathering, and possession of Molotov cocktails. Ebrahim enjoyed attending school with his friends and playing with his siblings.

Hussain Faisal Abdul Wahed Jasim al-Nakhotha was arrested by Bahraini security forces while at his friend’s house on 17 September 2013, when he was 17 years old. He was transported to Nabih Saleh police station, where security forces tortured him. The public prosecutor charged Hussain with criminal arson, attacking police officers, and making Molotov cocktails, and ordered him detained for 45 days pending his trial. Hussain awaits trial at Dry Dock Detention Center. Security forces prevented him from taking school examinations during his detention. As a result, Hussain was forced to withdraw from school.

We call on the Government of Bahrain to take substantive measures to protect the rights of minors against arbitrary detention and abuse at the hands of security officers. We urge the government to allow the UN Working Group on Arbitrary Detention, the Special Rapporteur on the Right to Education, and the Special Representative of the Secretary-General on Violence against Children to visit the country to investigate allegations regarding the detention and conviction of underage Bahrainis, as well as to monitor access to education within Bahraini prisons. Finally, we call on the government to thoroughly reevaluate all allegations against those imprisoned while underage, to allow all prisoners access to an adequate education, to hold accountable any officials responsible for the abuse of minors, and – pending the proper investigations – to ensure their release.