20 April 2017 – A group of 88 human rights organizations – including the Gulf Center for Human Rights, Article 19, Index on Censorship, and ADHRB – signed a petition calling on the Government of the United Arab Emirates (UAE) to immediately release prominent human rights defender Ahmed Mansoor. The UAE government arrested Mansoor on 20 March 2017 and subjected him to a period of enforced disappearance. The authorities have since charged Mansoor for exercising his rights to freedom of speech.

Read the full statement below and see the statement linked here. 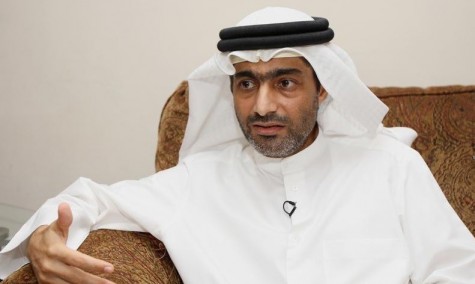 Authorities in the United Arab Emirates should immediately release Ahmed Mansoor, an award-winning human rights defender who is facing charges that violate his right to freedom of expression, dozens of human rights organisations said today, one month after his arrest.

Mansoor, who received the prestigious Martin Ennals Award for Human Rights Defenders in 2015, has been in detention since 20 March 2017 facing speech-related charges that include using social media websites to “publish false information that harms national unity.” On 28 March, a group of United Nations (UN) human rights experts called on the UAE government to release him immediately, describing his arrest as “a direct attack on the legitimate work of human rights defenders in the UAE.”

Informed sources have told rights groups that about a dozen security officers arrested Mansoor at his home in Ajman in the pre-dawn hours of 20 March. They conducted an extensive search and took away all of the family’s mobile phones and laptops, including those belonging to his young children. His family had no information on his whereabouts until authorities issued an official statement on 29 March, saying he was in detention in the Central Prison in Abu Dhabi.

The signatories understand that Mansoor’s family have been allowed only one short supervised visit with him which took place two weeks after his arrest on 03 April, when authorities moved him from where he was being held, believed to be a detention facility adjacent to Al-Wathba Prison, to a prosecutor’s office in Abu Dhabi. Informed sources told rights groups that Mansoor is being held in solitary confinement and has not spoken to a lawyer.

The UAE’s official news agency, WAM, said on 20 March that Mansoor had been arrested on the orders of the Public Prosecution for Cybercrimes and detained pending further investigation. It said that he is accused of using social media websites to: “publish false information and rumors;” “promote [a] sectarian and hate-incited agenda;” and “publish false and misleading information that harm national unity and social harmony and damage the country’s reputation.” The statement classified these as “cybercrimes,” indicating that the charges against him may be based on alleged violations of the UAE’s repressive 2012 cybercrime law, which authorities have used to imprison numerous activists and which provides for long prison sentences and severe financial penalties.

In the weeks leading up to his arrest, Mansoor had called for the release of Osama Al-Najjar, who remains in prison, despite having completed a three-year prison sentence on charges related to his peaceful activities on Twitter. Mansoor had also criticised the prosecution of Dr. Nasser Bin Ghaith, a prominent academic and economist, who was sentenced to 10 years in prison on 29 March, for charges that included speech-related offenses, including peaceful criticism of the UAE and Egyptian authorities.

Mansoor had also used his Twitter account to draw attention to human rights violations across the region, including in Egypt and those committed by the Saudi-led coalition in Yemen. He had also signed a joint letter with other activists in the region calling on leaders at the Arab Summit in Jordan at the end of March to release political prisoners in their countries.

The UN special rapporteurs on human rights defenders, on the promotion and protection of the right to freedom of expression and opinion, and on freedom of peaceful assembly and association, along with the Working Group on Arbitrary Detention and the Working Group on Enforced or Involuntary Disappearances, said in their 28 March statement that Mansoor’s “outstanding work in the protection of human rights and the advancement of democracy, as well as his transparent collaboration with UN mechanisms, is of great value not only for the UAE but for the whole region.”

The UN experts said they feared that his arrest “may constitute an act of reprisal for his engagement with UN human rights mechanisms, for the views he expressed on social media, including Twitter, as well as for being an active member of organisations such as the Gulf Centre for Human Rights (GCHR), and an active supporter of others, including Human Rights Watch.”

Mansoor is a member of GCHR’s Advisory Board and Human Rights Watch’s Middle East and North Africa Advisory Committee.

On 29 March, the UAE authorities responded directly to the UN experts’ statement, disputing the allegation that Mansoor’s detention was arbitrary, and stating that Mansoor “has the freedom to hire a lawyer and that his family has full access to the place of confinement and is allowed to visit him.” In 2015, the UN Special Rapporteur on the independence of judges and lawyers, who visited the UAE in 2014, expressed concern that lawyers who take up cases related to state security “have been harassed, threatened and had pressure exerted on them,” and that “impunity surrounding such breaches of the independence of the legal profession has had a chilling effect on lawyers,” making it difficult for defendants in the UAE to secure a lawyer of their choice.

People in the UAE who speak about human rights abuses are at serious risk of arbitrary detention, imprisonment, and torture, and many are serving long prison terms or have felt compelled to leave the country. To the knowledge of the signatories, Mansoor was the last remaining human rights defender in the UAE who had been able to criticise the authorities publicly.

The authorities should release Mansoor immediately, since the charges against him relate to his human rights work and his criticism of the authorities, the signatories said. They should give him immediate and regular access to his family and a lawyer of his choosing, and end the harassment of rights defenders and critics of the authorities.