On 10 December 2020, the International Peace Bureau (IPB) hosted a webinar on ‘Peace and Human Rights issues in the Gulf Region’. The event had four speakers in total: Husain Abdulla, Executive Director of ADHRB, Bahrain; Sarah Leah Whitson, Dr. Saeed al-Shehabi, and Yasmine Taeb; and was chaired by Amela Skiljan, IPB Coordinator, Germany. Skiljan opened the discussion by introducing both herself and the speakers, and outlined the schedule for the event. 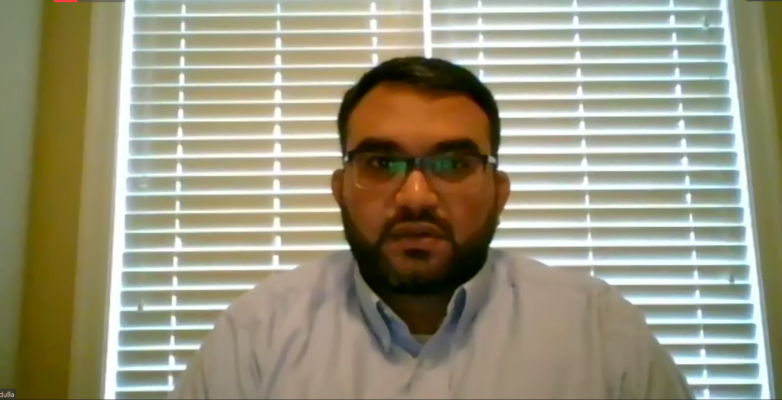 Husain Abdulla, the founder and Executive Director of ADHRB, delivered the opening remarks and briefly discussed several serious issues that are ongoing in the Gulf Cooperation Council (GCC) countries. He specifically spoke about the culture of impunity in the Gulf, the humanitarian crisis in Yemen, and the collapse of the Iran deal. Regarding the increasing culture of impunity, Abdulla discussed the free pass given to Saudi Arabia, Bahrain, and United Arab Emirates by the Trump administration for human rights violations that they would be convicted for in any fair or international court system–most notably the assassination of Jamal Khashoggi. He also touched upon the rampant restriction of freedom of expression, freedom of speech, and freedom of association over the past four years. Abdulla outlined the war crimes committed in Yemen during the Trump administration–bombing civilians, schools, hospitals, weddings, etc.–as well as the continuation of arms sales by the United States. In regards to the collapse of the Iran deal, Abdulla highlighted that the United States withdrawing was a threat to peace in the region, created futher instability, and endangered any kind of diplomatic cooperation. He expressed modest hope for the incoming Biden administration, but stressed that Biden’s record is not perfect–he championed the crime bill during the Clinton administration, and voted in favor of the Iraq war, to name a couple of examples. 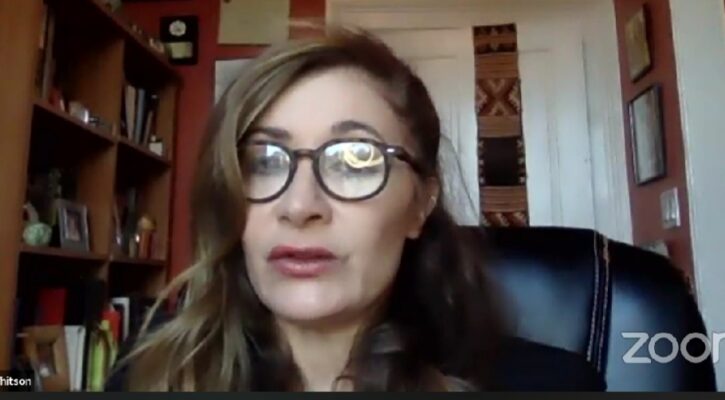 Sarah Leah Whitson, Executive Director of DAWN, gave a comprehensive overview of the human rights situation in the Gulf region and also some aspects of American policy relations with Saudi Arabia and the Gulf. She explained that the issue of the human rights situation in the Gulf region is not just about the problematic domestic record of individual countries, but that it is an issue of a highly problematic record of the region as a whole. Whitson described the situations in the various Gulf countries: mass repression; mass surveillance; jailing and torturing of critics; kidnappings and executions of critics abroad; extensive discrimination against women; and kidnapping and disappearance of princesses. She described the top-down nature of the regimes–unelected leaders with no popular democratic legitimacy–and the disrespect and exclusion of their own citizens and civil society. She discussed various reforms in the region but emphasized that these are largely rhetorical and that activists who fought for these reforms–such as Loujain al-Hathloul–are jailed and tortured.  She also addressed and stressed the importance of arms sales and arms exports to Gulf countries from both the US and European countries. Like Abdulla, she expressed her doubts about the Biden administration enacting any real or progressive measures against GCC countries.

Dr. Saeed al-Shehabi, a renowned Bahraini political activist and member of the Bahrain Freedom Movement, spoke about his perspective on activism, peace, and human rights in the Gulf as a person from the region. Al-Shehabi described how he has not observed any real change since he was a child in the 1960s. He stated that despite various American presidents, British prime ministers, etc., the situation has remained as stagnant and backward as ever in terms of human rights and democratization. He also spoke out against the hereditary dictatorships that do not respect the rights of the country’s citizens. He emphasized the need for the release of political prisoners, criticized the unequal distribution of wealth, the rule of law, and called for a political system that is based on a free and fair election. He also touched upon the vast military spending by various regimes.

Yasmine Taeb, Senior Fellow on Congress and Foreign Policy at the Center for International Policy, gave an overview of her work lobbying the administration to try and influence foreign policies. She spoke hopefully about the incoming Biden administration and how they are more likely to be receptive to an anti-war, pro-peace, progressive movement and implementing more progressive foreign policy principles. She emphasized the importance of holding the Biden administration accountable to their campaign promises and to prioritize human rights in American foreign policy.

After the panelists finished speaking, Skiljan thanked them for their participation and opened up the discussion to questions from the audience about the human rights situation in the region and how these violations can, and should, be addressed.