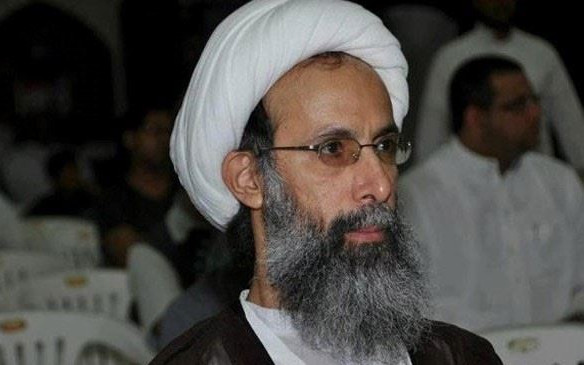 ADHRB has compiled a number of Sheikh Nimr’s speeches and sermons that highlight his efforts to peacefully call for political reform and respect for human rights in Saudi Arabia. In the videos below, Sheikh Nimr discusses government oppression and describes how Saudis must peacefully demand change that will promote equality and end abuses.   In this video, Sheikh Nimr explains why peaceful[…]

END_OF_DOCUMENT_TOKEN_TO_BE_REPLACED 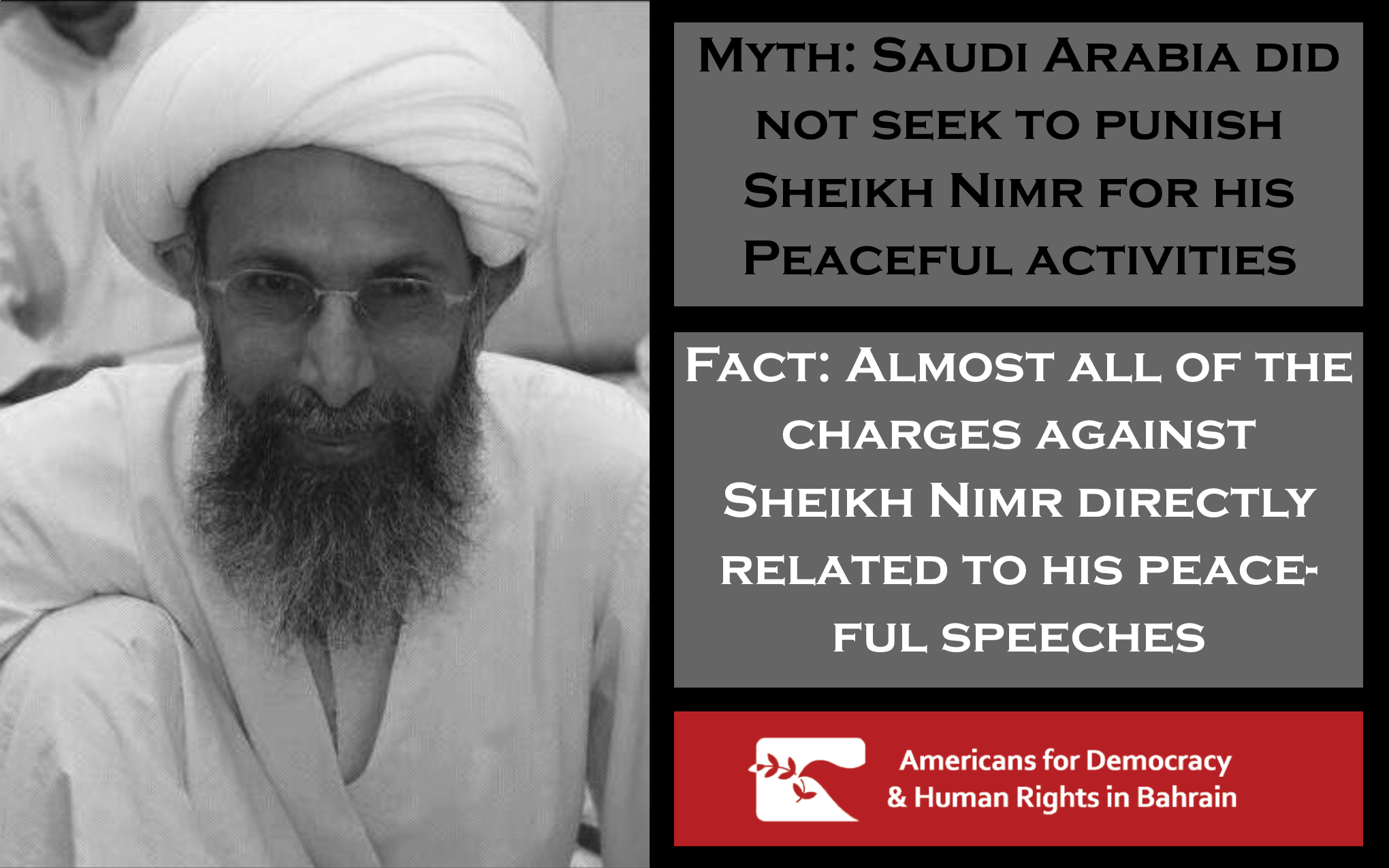 After the Government of Saudi Arabia executed 47 people on 2 January 2016, it made several statements in an attempt to justify the mass execution and quell international criticism. In these statements, Saudi Arabia claimed that all executions resulted from fair judicial proceedings that strictly followed the Saudi legal process. However, the government’s claims contained[…]

END_OF_DOCUMENT_TOKEN_TO_BE_REPLACED

Marking the fourth anniversary of Ali al-Nimr’s arrest, Americans for Democracy & Human Rights in Bahrain and 12 other NGOs demand that Saudi Arabia repeal the death penalty against Ali al-Nimr and all other protesters who were arrested as minors, including Dawood Hussein al-Marhoon and Abdullah Hasan al-Zaher. Saudi security forces arrested Ali al-Nimr on 14 February[…]

END_OF_DOCUMENT_TOKEN_TO_BE_REPLACED 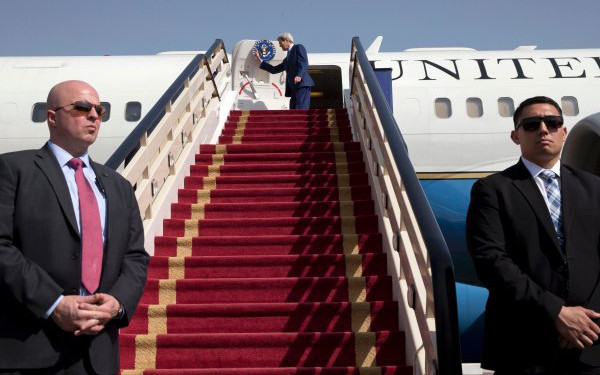 On 2 February 2016, International Business Times published an op-ed by ADHRB advocacy associate Ellen Duthoy regarding the US’ silence amidst Saudi Arabia’s increasing human rights abuses both at home and abroad. The first paragraphs of the article are found below; the rest can be viewed here.    At the end of January, attachés to[…]

END_OF_DOCUMENT_TOKEN_TO_BE_REPLACED 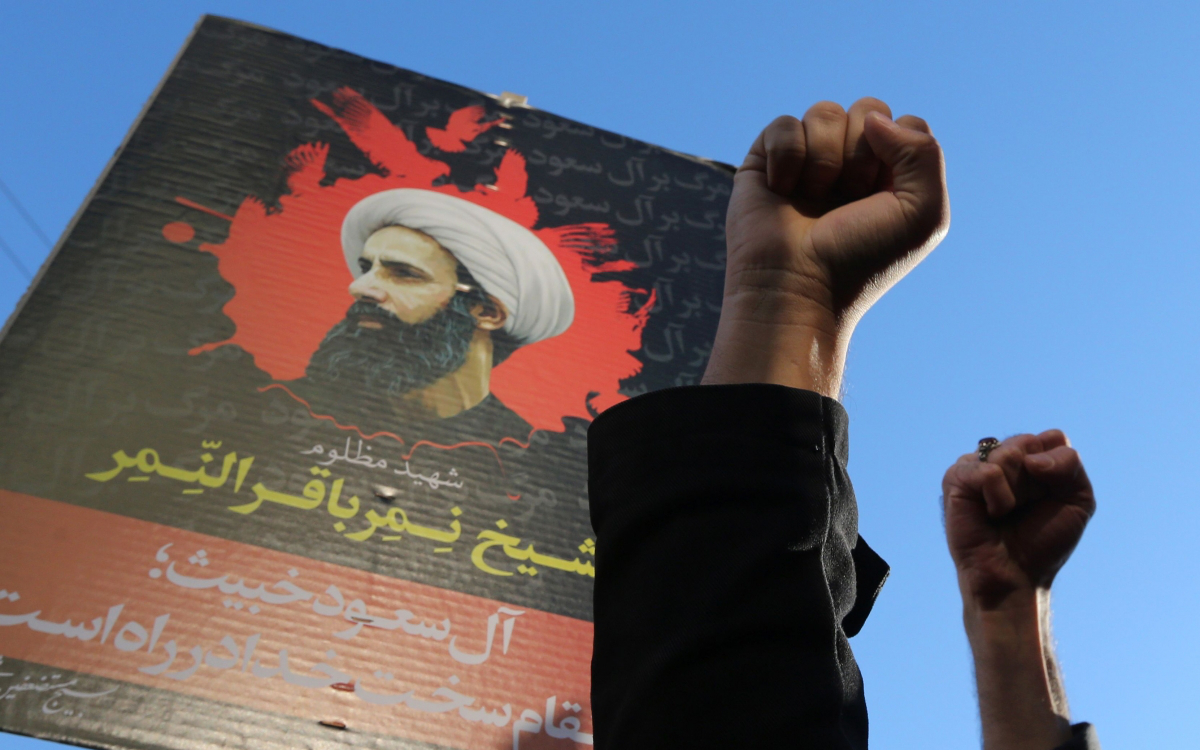 Today, the International Business Times published an op-ed by ADHRB Executive Director Husain Abdulla regarding international fallout over the execution of Saudi cleric and political activist Sheikh Nimr al-Nimr. The first paragraphs of the article are found below; the rest can be viewed on the IB Times website. Saudi authorities were not always so rash.[…]