Teachers have been at the forefront of Bahrain’s peaceful protests and democratic movement. They have also been amongst the harshest-treated victims of unfair trial and abuse. In 2011, the Bahrain Teacher’s Association (BTA) was a leading union calling for strike action in solidarity with the protests. The government subsequently dissolved the BTA and imprisoned its leadership.

The Government of Bahrain has abused many teachers since the beginning of the 2011 protests. Abduljalil al-Singace, former Head of Engineering at the University of Bahrain, currently serves a life sentence for his involvement in the protests. Authorities additionally arrested Ahmed Mirza and sentenced him for a crime which occurred while he was outside the country; his trial may have been an act of intimidation against his brother, Sheikh Ali Salman. Prison officials physically tortured Abbas al-Samea, a young teacher fresh into his profession, earlier this year. At least eight teachers are currently serving prison sentences for protest-related activities.

On World Teachers Day, a day which should commemorate the work of the teaching profession in Bahrain, we remember these teachers and academics who have been punished for exercising their rights to free speech, assembly, and association. 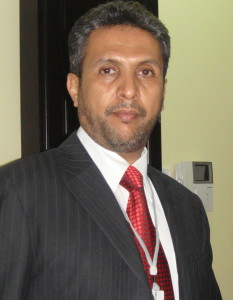 Mahdi Abu Dheeb was formerly the president of the BTA. In February and March 2011, the BTA joined protests calling for reform in Bahrain.

Mahdi played an active role in criticizing human rights abuses and voicing the union’s concern for deteriorating standards of education. In April 2011, the BTA called for a strike in solidarity with pro-democracy protesters. Shortly after, on 6 April 2011, police arrested Mahdi from his uncle’s house and took him to a secret location. His family did not know his whereabouts for more than three weeks. During detention, Mahdi spent 64 days in solitary confinement. He reported that police officers beat him, and his family said that he suffered two broken ribs as well as severe neck and back pain. The Ministry of Social Development formally dissolved the BTA in April 2011.

The state charged Mahdi with halting the educational process, inciting hatred of the ruling system, attempting to overthrow the ruling system by force, possessing pamphlets, and disseminating fabricated stories and information. A military court tried Mahdi and his deputy, Jalila al-Salman, in September 2011. The court found Mahdi guilty and sentenced him to ten years in prison, reduced to five years upon appeal. Al-Salman received a three year sentence, which was later shortened to six months.

Mahdi reportedly suffered injuries to his back, including a slipped disk, during his torture in 2011. He continues to receive inadequate treatment. Since March 2015, following a prison riot in which a minority of inmates participated, authorities have denied Mahdi adequate medication and treatment for his back pain. On at least two occasions since March, prison medical staff informed Mahdi that his family needed to bring medication to him from outside the prison; the authorities later refused to allow his family to provide him with the requested items.

The BTA under Mahdi’s leadership was awarded the 2015 Arthur Svensson International Prize for Trade Union Rights. 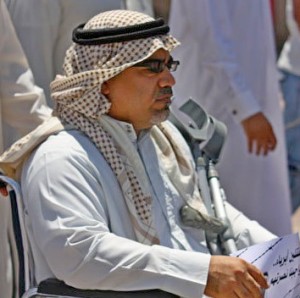 Dr. Abduljalil al-Singace is a former professor of engineering at the University of Bahrain, a blogger, a political activist, and a civil rights campaigner. In March 2015, Abduljalil began a protest in which he stopped taking any solid foods in solidarity with inmates at Bahrain’s Central Jau Prison, where he is held. The protest continues today: 7 October will mark 200 days without food. Abduljalil has subsisted only on fluids and IV injections. This protest is in response to the deteriorating prison conditions, ill-treatment and prisoner humiliation.

Abduljalil was first arrested in August 2010. Bahrain police arrested him at the Bahrain International Airport on his return from the United Kingdom, where he had spoken at the House of Lords criticising recent human rights deteriorations in Bahrain, including mass arrests and torture. The government held Abduljalil in prison and tortured him until February 2011, when authorities released him and a number of other political prisoners in an attempt to quell protests.

Authorities re-arrested Abduljalil weeks later, on 17 March, following the declaration of a state of emergency. Officials again tortured Abduljalil. On 22 June 2011, a military court sentenced Abduljalil to life imprisonment for his involvement in the protests, alongside a group of leading politicians and activists collectively dubbed the “Bahrain 13.” In 2012, the civilian High Court of Appeals upheld the sentence. He has served his sentence in Jau Prison ever since. See our joint-NGO urgent appeal for more information. 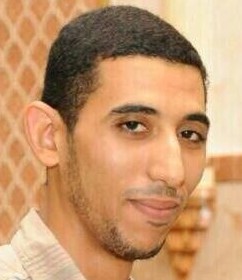 Ahmed Mirza was a teacher in the Ministry of Education. Police arrested Ahmed on 11 September 2013. They did not publicize his charges until the first hearing in his trial. Despite being in Iran for medical treatment until 2 September 2013, authorities accused Ahmed of being part of the Sehla explosion incident that took place on 30 August 2013. The government charged him with financing the incident and inciting other defendants. On 22 May 2015, the court sentenced Ahmed to ten years in prison.

Ahmed suffers from severe sickle cell anemia, and his health has dangerously deteriorated on several occasions during his detention. He is the half-brother of Sheikh Ali Salman, Secretary-General of al-Wefaq, whom the courts sentenced to four years in prison on 16 June 2015. Ahmed’s arrest in 2013 may have been an act of intimidation aimed at his brother. 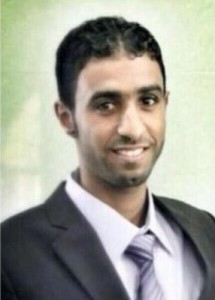 Abbas al-Samea, a 25-year-old teacher, was arrested on 3 March 2014 for his alleged participation in a bomb explosion which killed three policemen. Despite credible evidence that Abbas was teaching at the time of the bombing, a judge sentenced him to death on 26 February 2015.

Police physically tortured Abbas following the March 2015 prison riot. Witnesses told BIRD, BCHR and ADHRB that Abbas was missing teeth and required medical attention for head injuries in April 2015. His case, and the case of other inmates, is covered in our joint report, Inside Jau. Abbas has previously featured in previous Champions for Justice installments highlighting victims of severe abuse at Bahrain’s Jau Prison and death row prisoners.