Every month, ADHRB, BIRD and BCHR ask all defenders of human rights to take part in highlighting each of these prisoners as a Champion for Justice by tweeting about them under the hashtag #BahrainPrisoner and changing their Facebook profile picture to a picture of the featured person. We also ask that you write to your Member of Congress about these prisoners.

Below is a summary and update on all of the Bahraini prisoners we have featured in the Champions for Justice campaign over the past year. 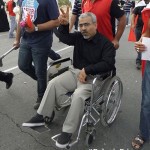 Dr. Abduljalil al-Singace is a mechanical engineer, prominent blogger, and human rights activist who has promoted human rights as a member and leader of multiple political societies. Dr. Singace was arrested in 2011 for his participation in the peaceful protest movement. During his initial detention, Dr. Singace was subjected to torture and ill-treatment, including forced standing, verbal and sexual assault, beatings, and prolonged solitary confinement. He was tried in the National Safety Court in June 2011 and sentenced to life in prison for allegedly plotting to topple the government. Dr. Singace continues to face deteriorating health conditions as a result of torture in addition to his previous medical aliments that have only worsened under the minimal care provided whilst he remains in prison. 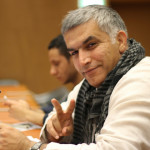 Nabeel Rajab has been the subject of persecution by Bahraini security forces for his activism for years prior to the breakout of major protests in the country in 2011. Since that time, Mr. Rajab has been targeted by government smear campaigns, subjected to tear gas attacks at his residence, and arbitrarily arrested. Like many Bahraini detainees, Nabeel has been subjected to torture and other cruel treatment throughout his time in jail. Seven months after completing a two-year prison sentence, Mr. Rajab was arrested again because of a Tweet deemed “insulting” to the Ministry of Interior and Bahrain’s security forces. Several organizations and members of the European Parliament have urged the Bahraini government to drop the charges and release Mr. Rajab unconditionally. Nabeel Rajab is currently out on bail, awaiting his appeal on February 11th, 2015. 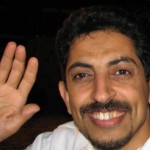 Abdulhadi al-Khawaja played a prominent role in the most recent peaceful protests in 2011, leading demonstrators in their opposition to government repression. In April 2011, government forces stormed his daughter’s apartment, severely beat him and arrested him. Al-Khawaja was sentenced by a military court to life in prison based on confessions obtained under torture. Since his arrest, Al-Khawaja has been subject to many instances of abuse from his captors. The Government of Bahrain has refused to investigate these allegations and al-Khawaja has been denied adequate medical care since his detention. 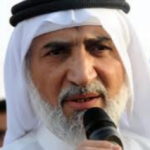 Abdulwahab Hussain joined many human rights defenders in organizing the 2011 protest movement against the Bahrain government and was subsequently arrested on March 17, 2011. He and his daughter were both beaten during the arrest and Hussain was subjected to torture and mistreatment during his incarceration. Hussain has been consistently denied access to medical care while in prison, despite his suffering from a chronic neurological disorder. 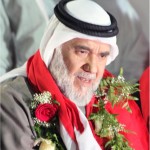 Hassan Mushaima is a Bahraini political activist, teacher and Secretary General of the al-Haq Movement. Mushaima has previously been targeted by the Bahraini government, and his most recent arrest and subsequent life sentence was for his involvement in the peaceful Bahrain protest movement in 2011. In 2010, Mushaima was diagnosed and treated for stage four follicular lymphoma in London and has since been on regular medication to prevent relapse of the disease. In April 2014, Mushaima’s family announced that he was cancer-free, though he still continues to serve his life sentence in prison. 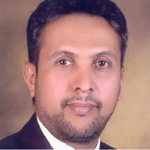 Mahdi Abu Deeb is the founder and president of the Bahraini Teachers’ Association, and was arrested in 2011 for organizing peaceful protests. Despite demands for his release, from organizations such as al-Wefaq’s Education Department, Mahdi Abu Deeb remains in prison serving a five year sentence. Mr. Abu Deeb has been subjected to torture, even after delivering a forced confession, causing considerable pain in his neck, lower back, and knees. Having been sentenced in 2011, Mr. Abu Deeb should be eligible for early release. 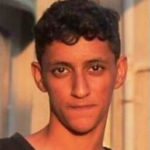 Teenager and American citizen Abdulla Jaffar was arrested in March 2014, and accused of attending an illegal protest. During the course of his arrest, he was assaulted by security officers and tortured into giving a false confession. He was released on bail in June 2014 after he was no longer able to take his final exams and subsequently missed a year of schooling. His trial was postponed multiple times because the alleged eyewitness was not present in the court. Finally in January 2015, the judge rescheduled the trial for February 17th, 2015, declaring that he will deliver the verdict without hearing the witness’ testimony. 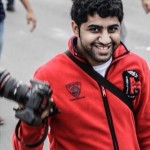 Award winning photographer Hussain Hubail was arrested in July 2013, and forced to confess to multiple crimes he did not commit. Before Mr. Hubail’s appeals trial, his lawyer tried to arrange bail on the basis of worsening health conditions caused by the lack of proper health care within the prison. However, these requests were consistently denied. His family has attempted to garner support from the media when dealing directly with Bahraini authorities proved ineffective. Mr. Hubail suffers from a heart condition and requires a routine supply of medicine, but it is uncertain whether the prison is regularly distributing Mr. Hubail’s much needed medication.  On September 21 2014, the High Court of Appeals upheld Hussain Hubail’s five year prison sentence on charges including “using social media networks to incite hatred of the regime”, “calling on people to ignore the law”, and “calling for illegal demonstrations.” 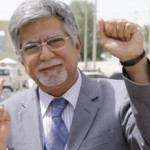 Dr. Saeed al-Samahiji is an ophthalmologist and human rights activist who extended his medical expertise to help injured pro-democracy protesters in 2011. Al-Samahiji was arrested for treating protesters along with dozens of other doctors and medical professionals, and served one year in prison. Within months of his release after serving his sentence, he was arrested in 2013 for insulting the King at the funeral of a slain protester and was sentenced to another year in prison. Despite calls for Dr. Saeed al-Samahiji’s release, there have been no signs of change in his scheduled release date of July 2015.

Detailed profiles of each prisoner, template letters, and image files are available on our website: www.adhrb.org.